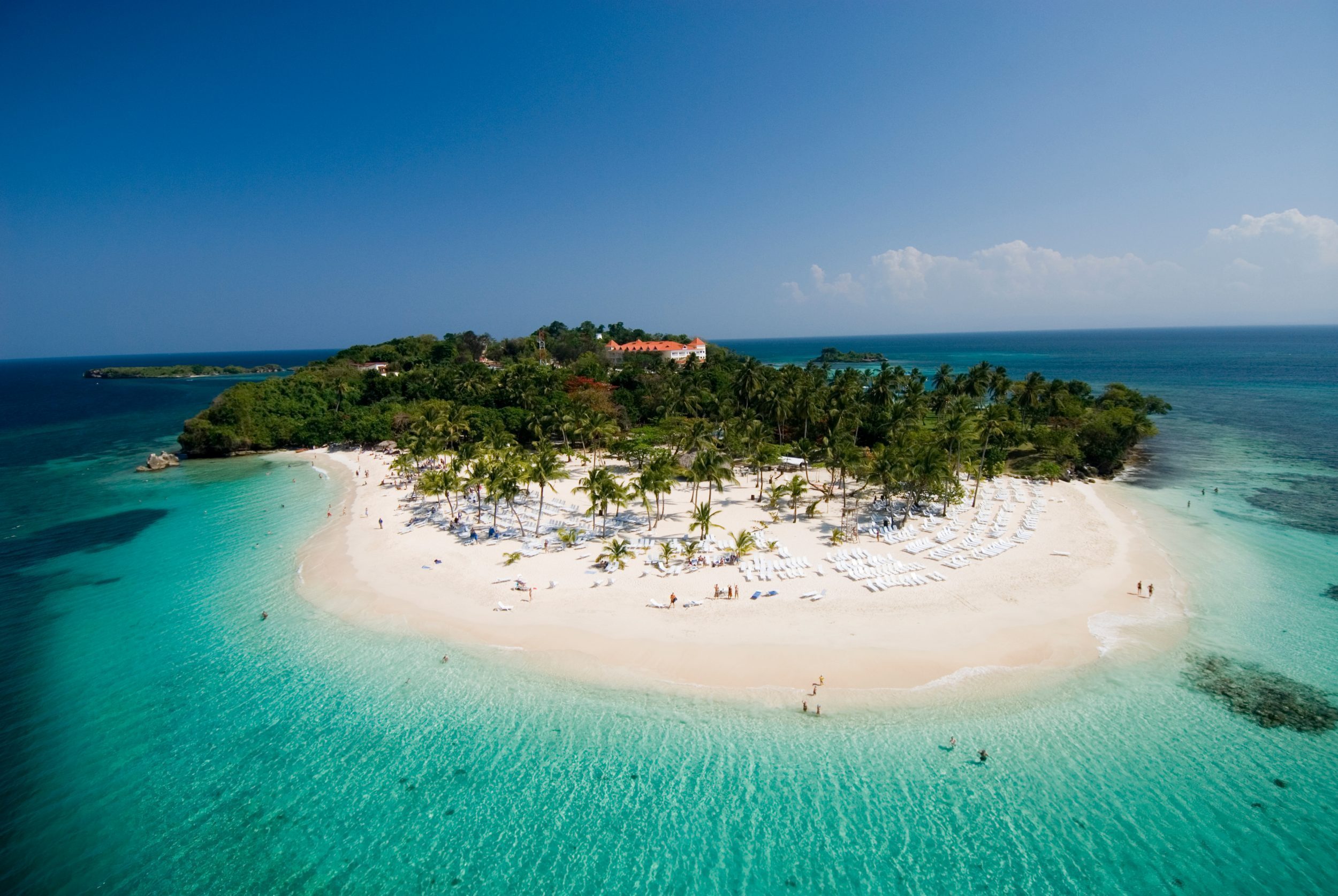 The Americas are home to some of the world’s loveliest natural settings and ecotourism treasures. And among its countries, the Dominican Republic is blessed with its own astonishing natural gifts, including some 200 beaches along nearly 1,600 kilometres (nearly a thousand miles) of coastline; vibrant biodiversity, with more than 6,000 species of flora and fauna in its national parks and protected areas; dozens of dramatic ravines and spectactular waterfalls tucked away in its mountains; and remarkable precious stones in two of its mining regions. It makes a fantastic getaway any time of year, but especially during Europe’s and much of North America’s chilly winters. So here’s an overview of what you can expect to find:

The single biggest draw of the DR’s natural environment, its lovely beaches are found on both the Caribbean Sea coast on the south, with warm, calm waters, and the Atlantic Ocean coasts to the north and east, offering a bit more surf. What most have in common, though, is powdery white sand (though a handful do have dark sand) and dreamy, gently swaying coconut palms.

Perhaps the most famous stretch is the 48km (30-mi.) string of beaches in Punta Cana, along with plenty of high-quality resorts to stay at and enjoy them Up north, meanwhile, fabulous options include Playa Grande, Punta Rucia, Cabarete (especially known for windsurfing and kitesailing), and Rincón on the Samaná Peninsula. And by the way, if you’re looking for adventure and/or a “castaway” feel, Samaná’s stunning Playa Frontón might be right up your alley, backed by a 90-metre (300-foot cliff popular with rock climbers, and also offering superb snorkelling its turquoise waters (in fact, this beach was the setting for a number of episodes of Survivor).

Hard to choose, we know – but we guarantee you’ll have lots of fun trying! 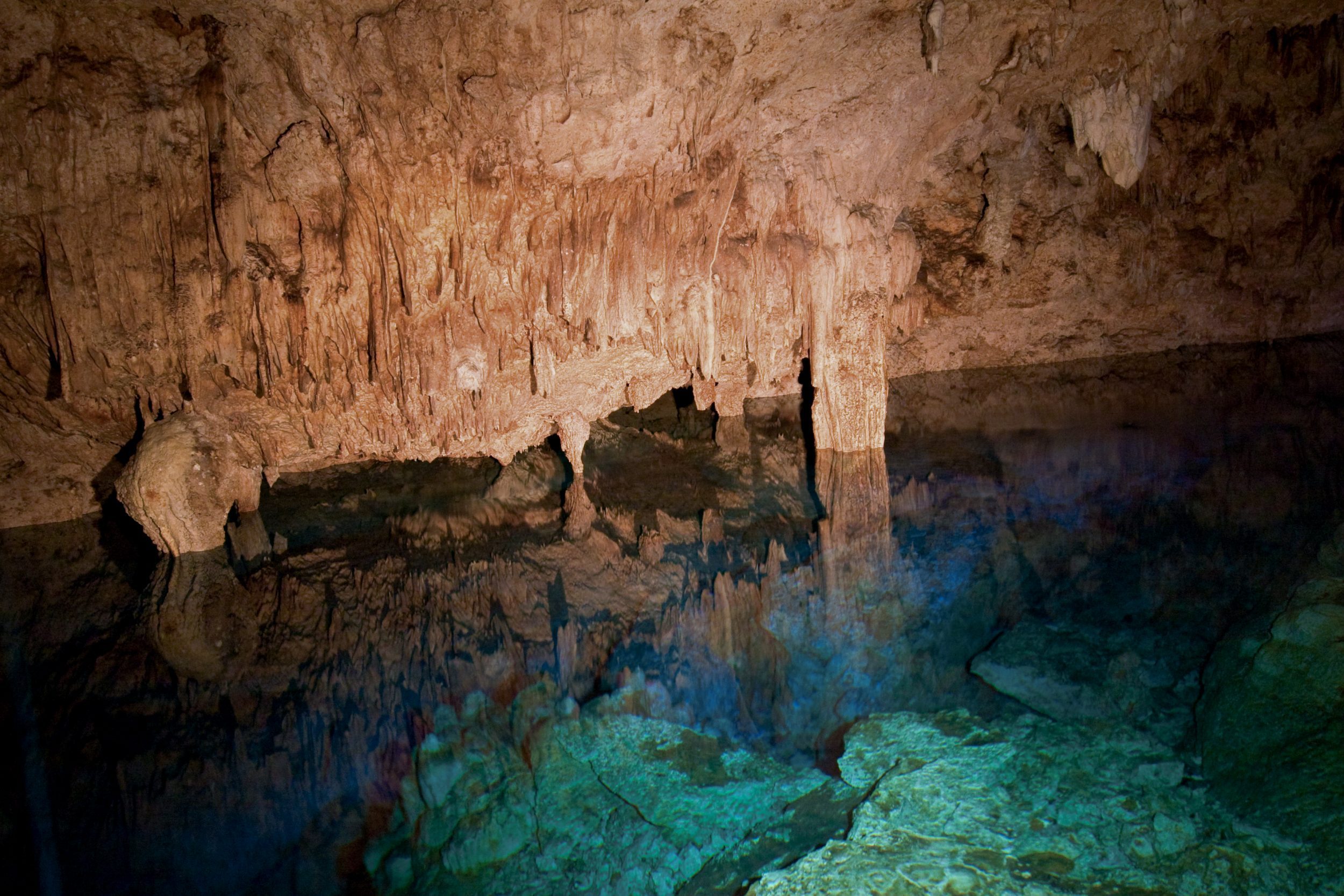 Nature lovers will be in heaven here, as thousands of the DR’s 48,671 square kilometres (18,792 sq. mi) are designated eco-reserves protected from overdevelopment. One of the country’s true gems is its biggest national park (at 1,295 km²/500 sq. mi.), Jaragua, part of a UNESCO Biosphere Reserve. Other standouts include the Caribbean’s only “cloud forest” in the Sierra de Bahoruco; Samaná’s Los Haitises National Park, which is especially amazing to experience by boat.; and Valle Nuevo National Park in the central highlands is known for its cool temperatures, dense, towering pines, exceptional birdwatching, and rewarding mountain hiking. 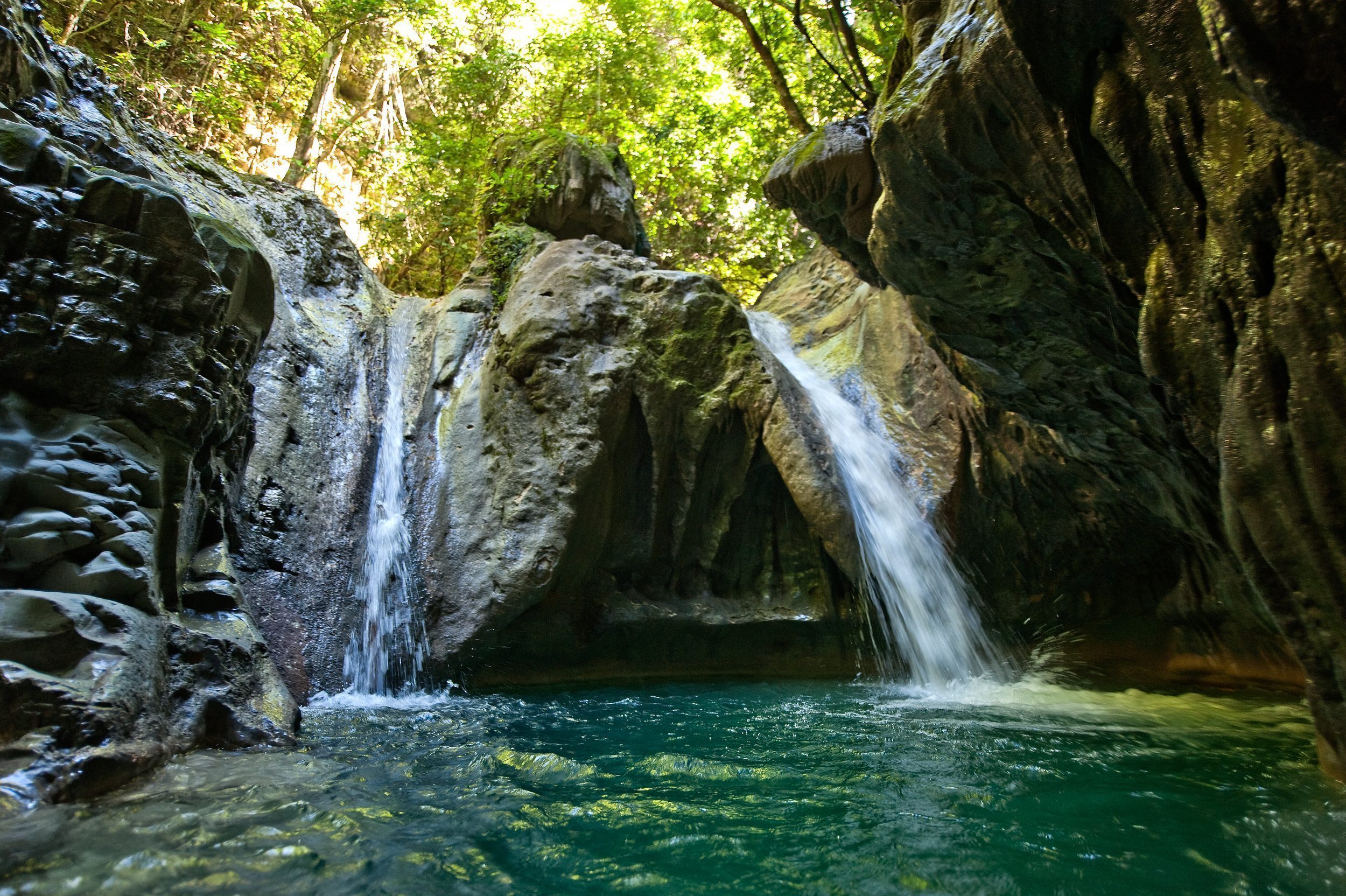 Thanks to the DR’s abundant rivers, these protected areas as well as many others also harbour hundreds of beautiful waterfalls of various shapes and sizes, and canyons inland abound. They provide some truly unforgettable canyoning, rappelling, and swimming opportunities, and here are three of special note:

27 Charcos de Damajagua – Perhaps the best known, a half hour southwest of Puerto Plata on the north coast, is usually visited via local tour operators, providing a day of hiking through dense forest before reaching the 27 charcos (natural pools) by sliding down water-cushioned chutes (with helmets and safety gear!) or jump right into into these deep turquoise pools. (Actually, most excursions include just seven of the pools, as the others are best suited for the most physically fit.)

El Hongo Mágico – The “Magic Mushroom” is a distinctive waterfall an hour and a half southeast of Puerto Plata and a half hour south of Cabarete, near the town of Jamao al Norte – the name has nothing to do with trippy drugs but rather its shape, with its upper part round like a mushroom. A great place to get in some exhilarating rappelling and jumping – although a good level of fitness is advisable here, too.

Salto de Baiguate – Located in a deep canyon near the central highlands town of Jarabacoa, this 25m (82-ft.) cascade drops into an emerald pool which can be accessed by wooden steps right down to the edge. Makes for a delightful dip indeed amid magnificent bosky surroundings! 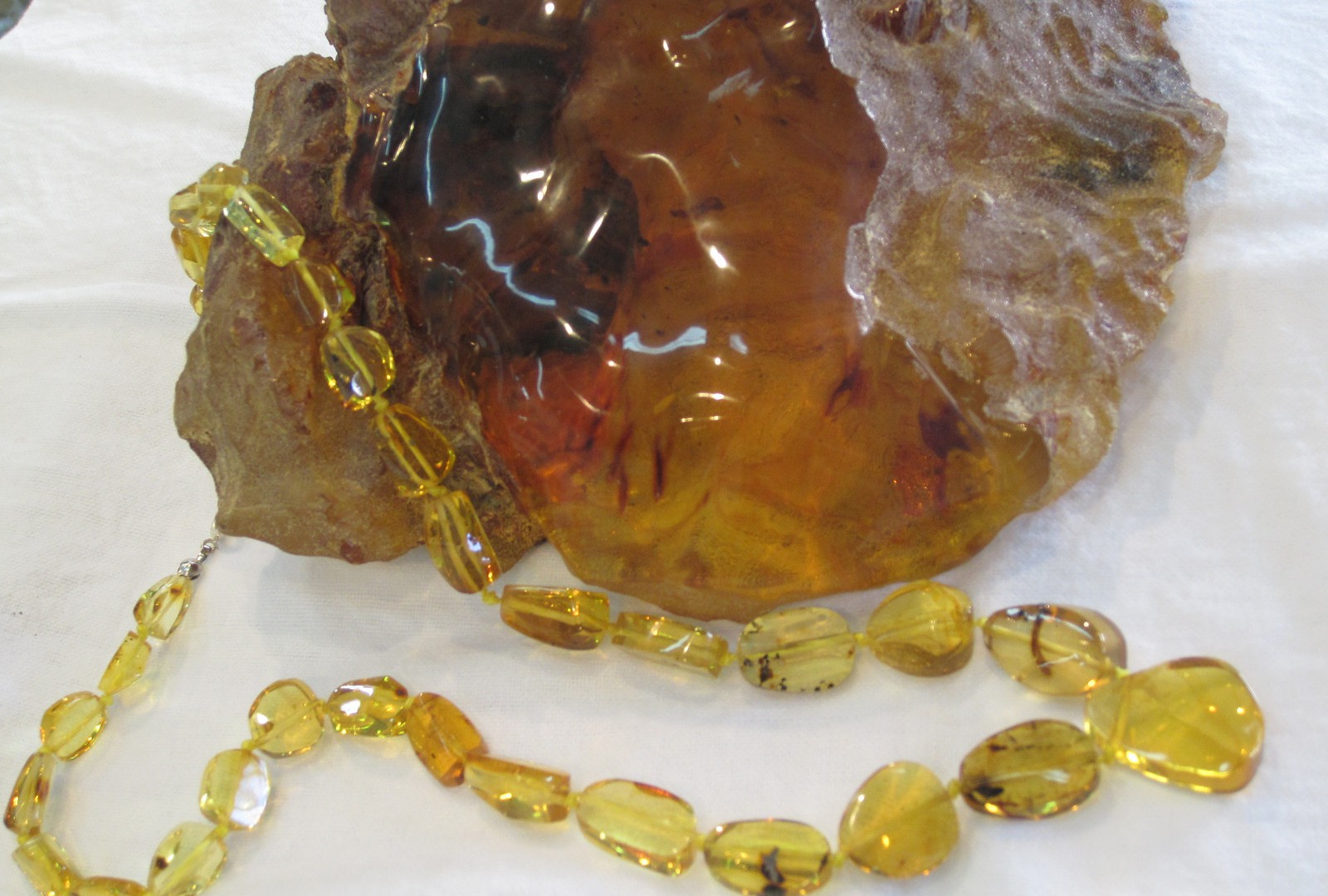 Another of the DR’s claims to fame is as a primary world source of two highly prized stones in particular: amber and larimar. Actually, amber isn’t exactly a stone but rather a fossilized resin from prehistoric plants, and this country is the only place on the planet besides the European Baltic countries of Latvia, Lithuania, and Poland where it’s found. Amber has been mined since the 1940s up in the mountains south of Puerto Plata. Apart from buying amber in shops all over the country, up here you can take a tour of the amber mines (along with buying unpolished amber direct from the ground) and in PP itself visit the Amber Museum, housed in the charming 19th-century Victorian-era Villa Bentz (a number of its samples contain fossilized ferns, feathers, insects, sometimes even see pieces with larger critters like frogs and lizards). And there’s another private museum in the colonial zone of capital Santo Domingo called Amber World, housed in a 17th-century building connected to the AMBASA amber factory (it also operates several satellite exhibits – one in La Romana‘s Altos de Chavón cultural complex and several others in select hotels).

Even more rare, the gorgeous blue volcanic pectolite stone known as larimar is found only in a single square kilometre (about half a square mile) in the mountains of the southern province of Bahoruco (near the above-mentioned cloud forest national park). In addition to finding larimar and baubles made from it in shops all over the Dominican, you can also visit the Los Chupaderos mine and nearby workshop and museum located not far from the city of Barahona, where larimar is extracted from inside a dormant volcano.

For more info, check out GoDominicanRepublic.com, then book your tickets to Santo Domingo or Punta Cana!