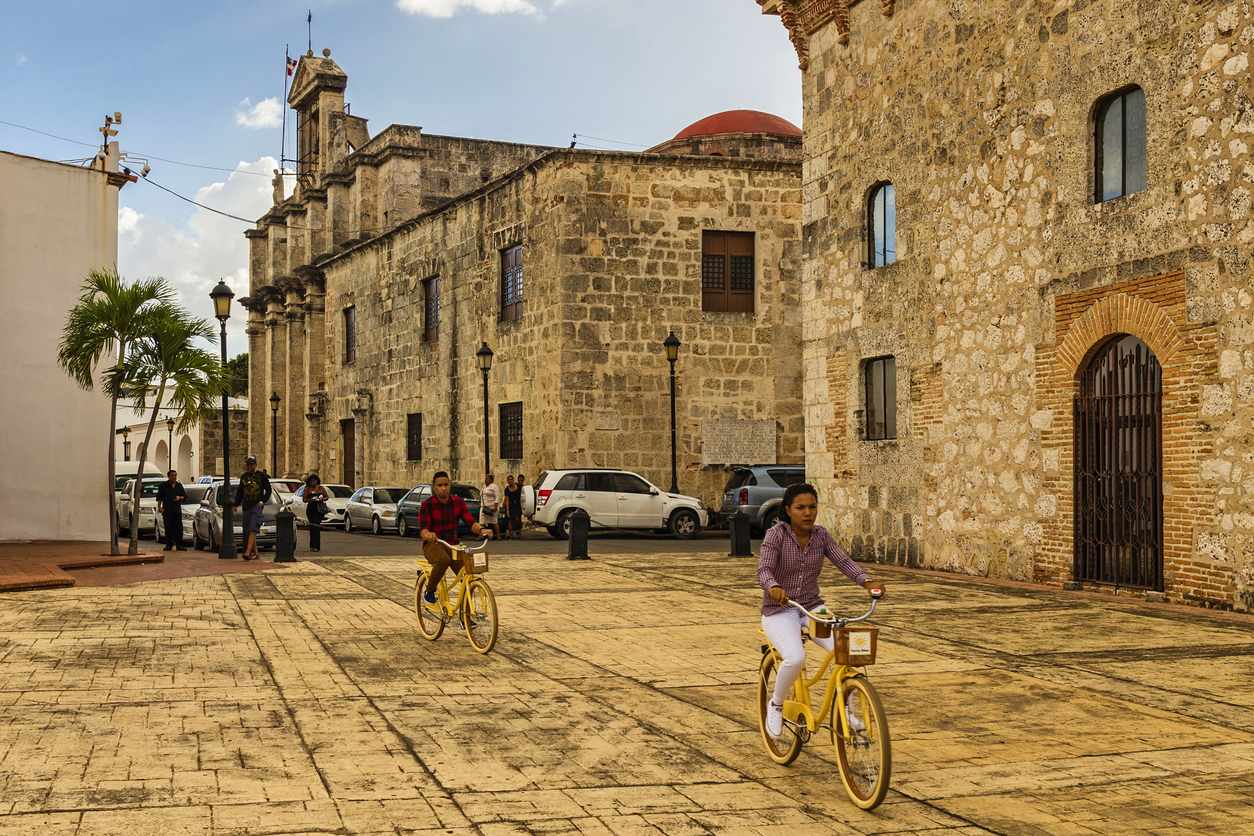 Most visitors to this tropical Caribbean country seem to fly directly to beach-resort areas like Punta Cana, or fly into Santo Domingo only to head right out to palmier spots like PC, the north coast’s Puerto Plata, Samaná, Sosúa/Cabarete; and Bayahibe and La Romana on the south coast. But the Dominican Republic‘s capital is far more than a gateway to the many great things awaiting elsewhere. Among other things, this is the epicentre of Spanish colonial history – Spain‘s first colony in the Americas – wth a thriving, dynamic cultural, dining, and shopping scene, along with a handful of cool nearby beaches and eco-attractions of its own! Well worth more than the potted day trips many holidaymakers end up taking from their resorts.  Check it out: 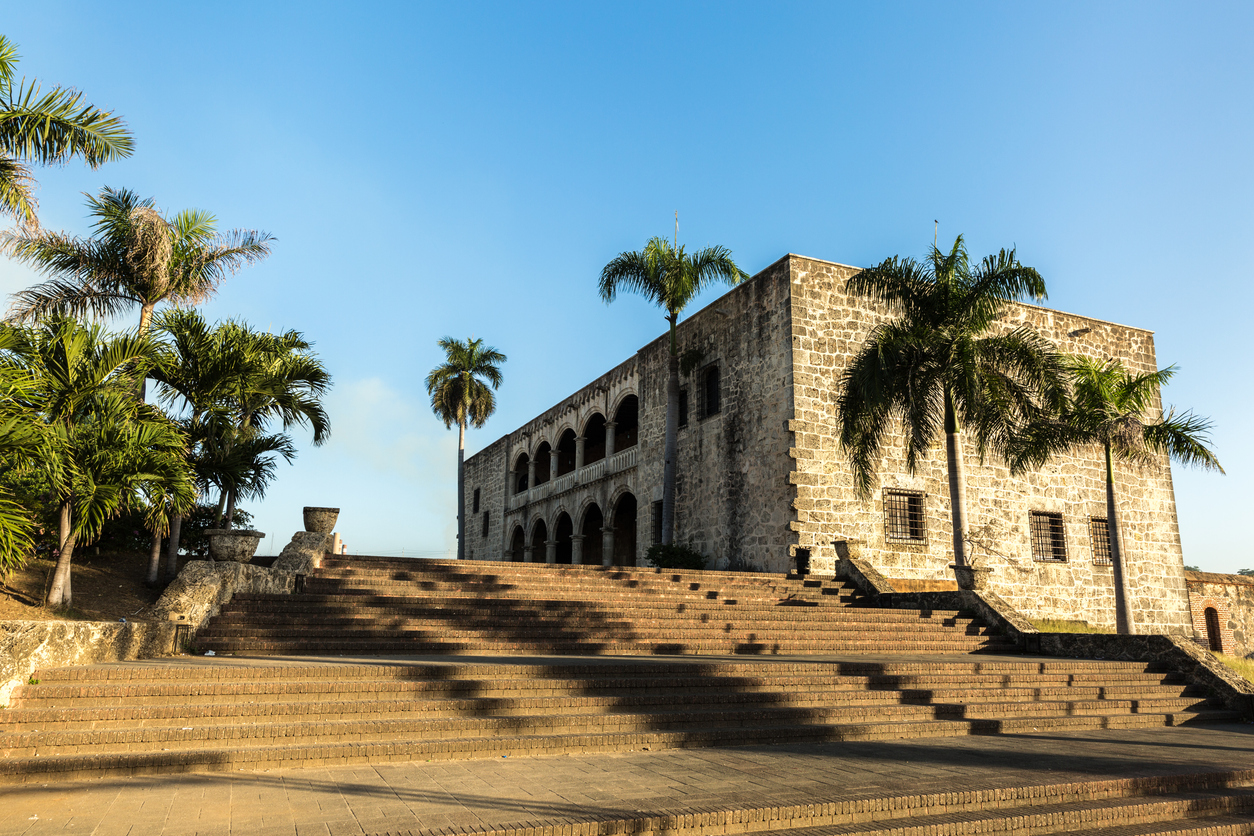 Now with a population of around 965,000 (greater metro area 2.9 million), Santo Domingo de Guzmán was founded in 1496 by one Bartolomeo Colombo (Bartholomew Columbus, kid brother of Christopher), and as the first seat of European settlement in the Western Hemisphere, it’s home to the hemisphere’s first fortress, church, paved roads/streets, and much more.

This UNESCO World Heritage colonial core is found at the mouth of the Ozama River, with its centre being Parque Colón (Columbus Park) and principal streets being Calle Las Mercedes, Calle del Conde and Calle de las Damas (top). There are more than 300 historic sites packed into this area, with highlights including the Puerta de la Misericordia, main gate of El Conde Bastion; the Catedral Primada de América, built in the early 16th century in a mix of Romanesque, Gothic, and Baroque styles; and the Alcázar de Colón (above), built in Gothic-Mudéjar style at the beginning of that century for Christopher Columbus’ son Diego Colón, who was the colony’s first governor. The museum inside and its tapestry collection provide a fascinating window into the earliest era of Spanish colonisation. 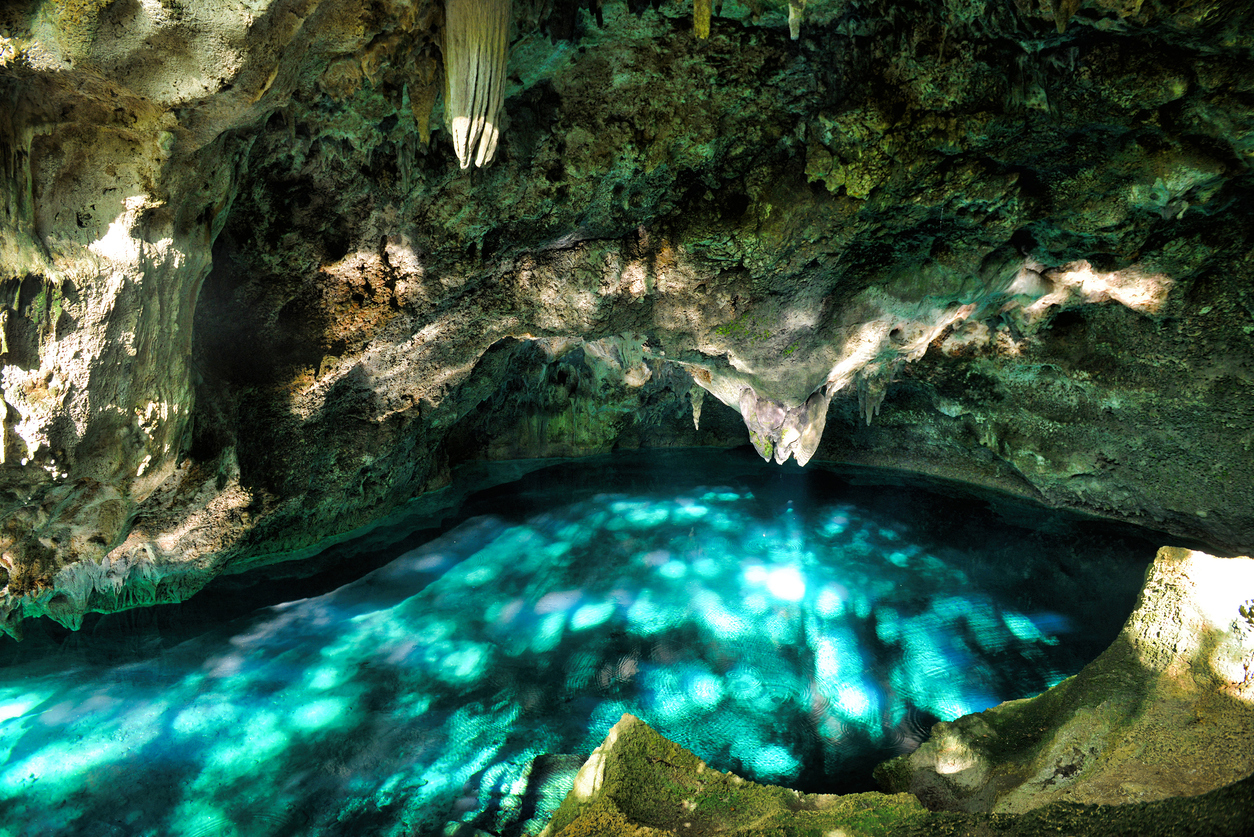 The area around Santo Domingo (and indeed, much of the DR) is riddled with caves, and several of them here in the city have been turned into restaurants and nightclubs. But the one that best showcases its impressive formations is Tres Ojos National Park. The “Three Eyes” are a trio of water-filled sinkholes, fed by underground rivers, which give the feel of a real “lost world” tropical hideaway. 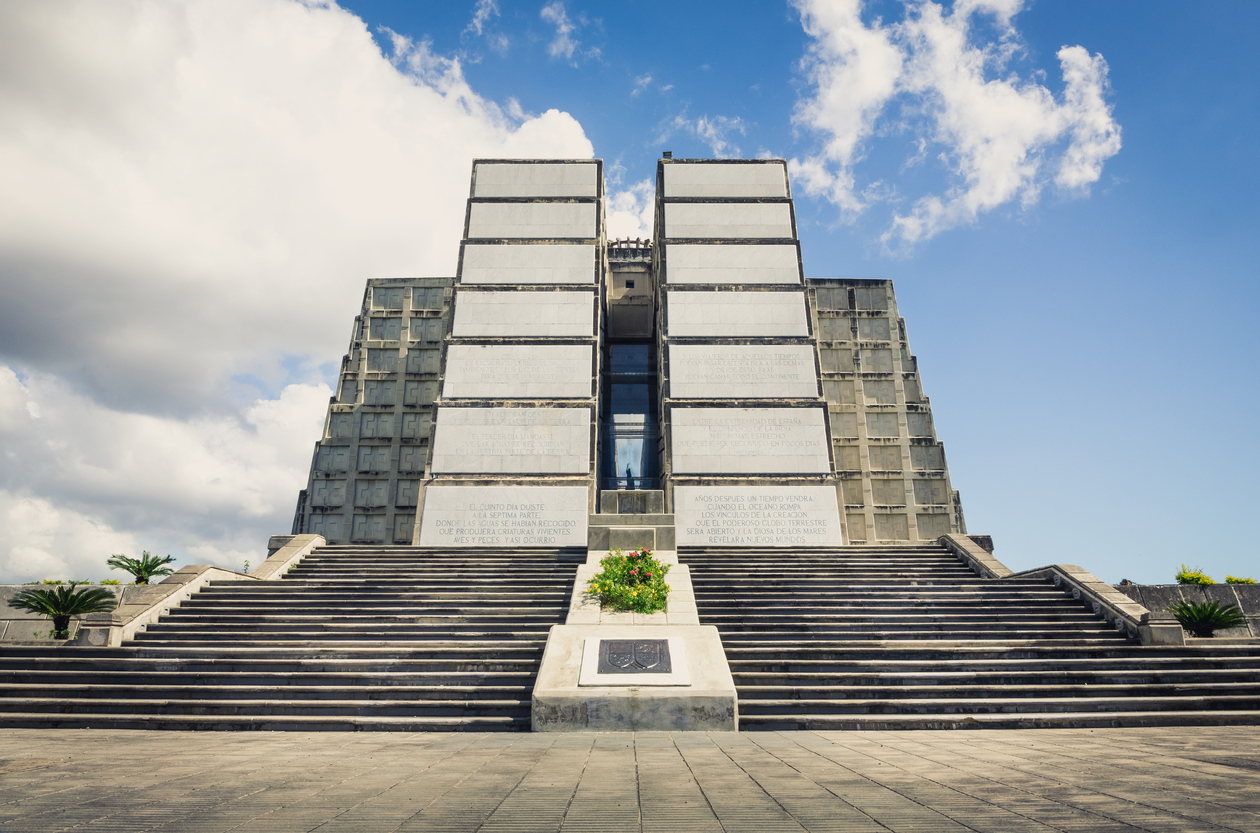 At 210 metres (680 feet) long by 59 m (195 ft.) across, the low-slung, cement, Faro a Colón (Columbus Lighthouse) is an enormous – and admittedly less than lovely – monument to the explorer erected in the shape of a cross for 1992’s 500th anniversary of his first expedition’s arrival in the Americas. Among other things, it’s a museum and mausoleum – home to remains the Dominicans claim are of Columbus but won’t allow to be DNA tested (meanwhile, the remains in the Cathedral of Seville have been verified). 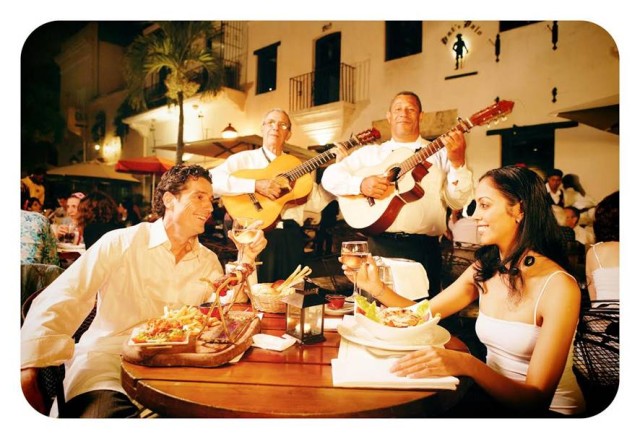 The Zona Colonial – especially Calle del Conde, Calle de las Damas, and on Plaza de España in front of the Alcázar de Colón – is packed with restaurants, bars and cafés – many of them in historic buildings themselve. Top choices include classics like Bar El Conde, Lulú Tasting Bar, and Conuco. Another excellent choice is Restaurante Travesías, where Inés Páez Nin (aka Chef Tita) reinvents traditional Dominican cuisine with a contemporary flair.  Speaking of Dominican cuisine, top dishes to look for include mangú (boiled and mashed plantains, usually served as part of breakfast), mondongo beef tripe soup, and locrio, similar to paella. 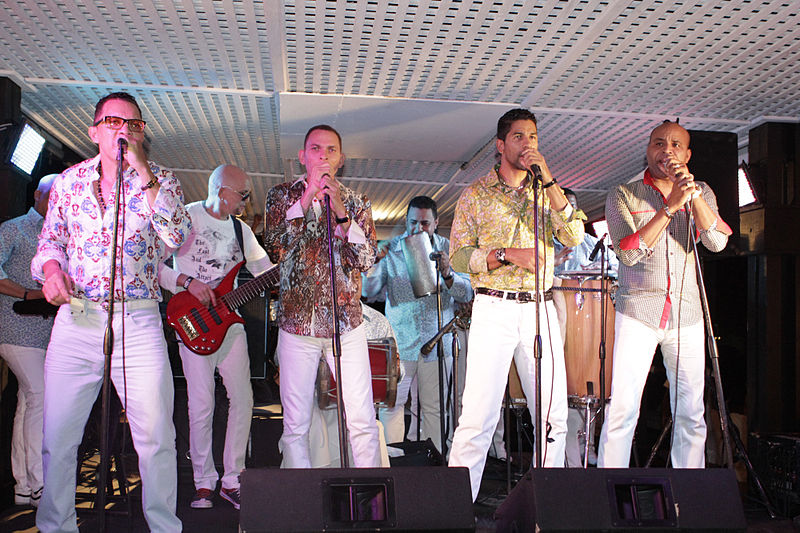 The Rhythm Is Gonna Get You

The DR boasts its own distinctive music forms – with European, African, and pre-Columbian Taíno influences – with the best known being merengue and bachata, both of humble origins and now ubiquitous. You’ll hear it played in public and at music/dance venues such as El Sartén, Bar Trovas, Lucía, and Ferro’s Café. 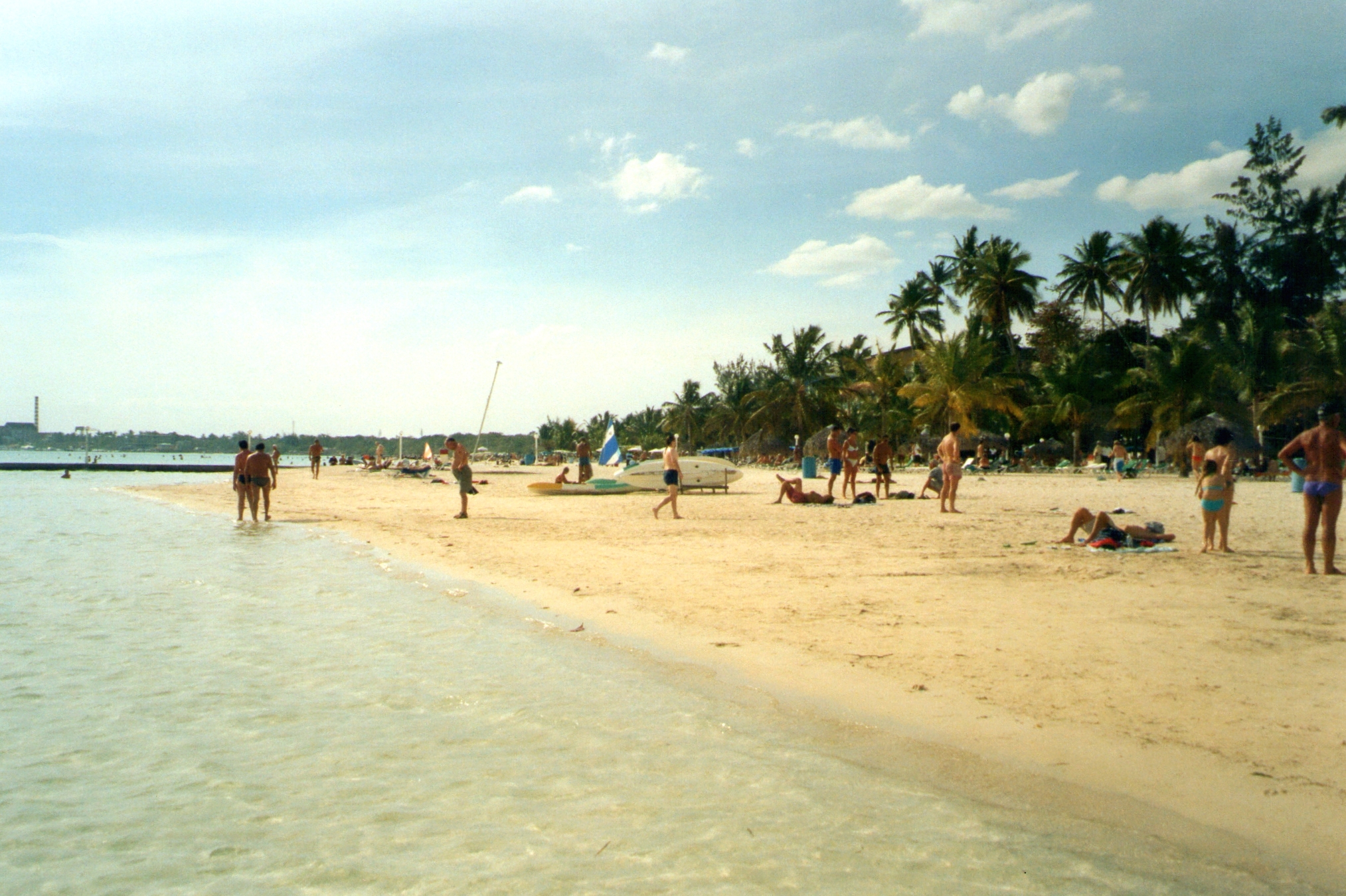 Just east of the capital, within an hour’s drive, is an area known as the Playas de Villa de Mar. The jewel in the crown is Boca Chica, – more than five kilometres (three miles) of fine sand and calm, shallow waters that are packed with amenities and are very popular with families. Others include Juan Dolio, Playa Esmeralda, Playa Guayacanes, and Playa Real. Best go during the week, because all of these get packed with folks from SD on weekend!

And there’s even more where all that came from. Start by checking out this tour of Santo Domingo with our local “Iberia Mayor”, María Zubiaga: