Though much of it has badly deteriorated since its 20th-century heyday, the capital of Cuba (pop. 2.1 million) remains one of Latin America‘s – and certainly the Caribbean‘s – most impressive cities, with gracious historic architecture; dynamic culture, especially art and music; those fantastic 1950s cars; and of course delicious tropical weather. A truly unique – and at times nearly cinematic – travel experiencefor your proverbial bucket list. And when you do visit, here are five absolute musts: 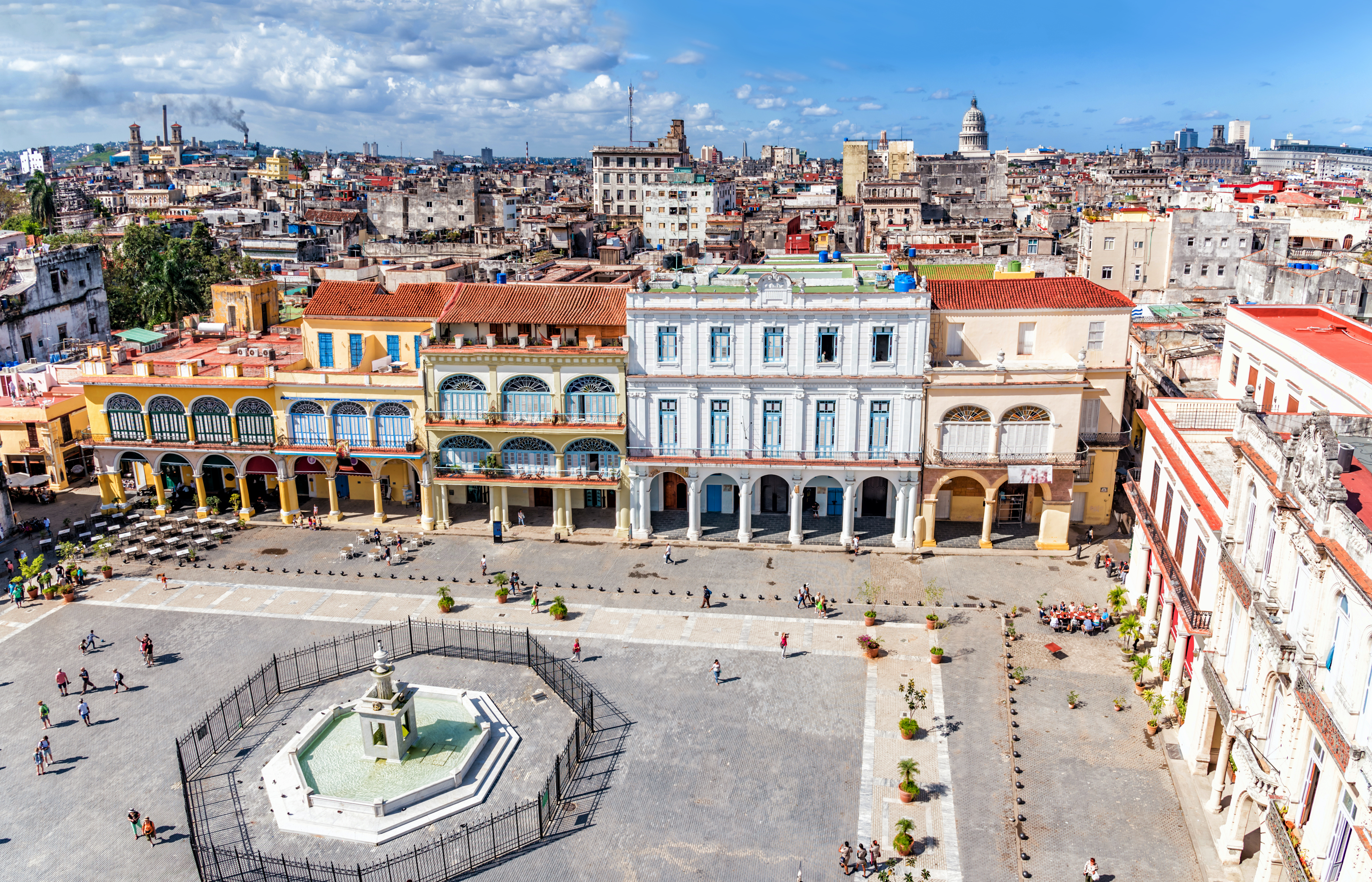 The city’s colonial core, founded in 1519  as Villa de San Cristóbal de la Habana – one of the very earliest European settlements in the Americas – is a UNESCO World Heritage Site that has been mostly been tarted up for tourists – to the point where some of it feels almost like a stage set. Highlights of Habana Vieja include the Plaza de la Catedral (Cathedral Square); the Plaza Vieja (Old Square, at left); the Plaza de las Armas (Weapons Square), site of the colonial governors’ palace and the petite Castillo de la Real Fuerza (Castle of the Royal Power), complete with moat; and the onetime presidential palace, now the Museum of the Revolution. Along the way you’ll find myriad restaurants of varying quality and price points (including the historic Bodeguita del Medio, whose iconic mojitos are a must), bars, galleries, shops, street markets, and much more. 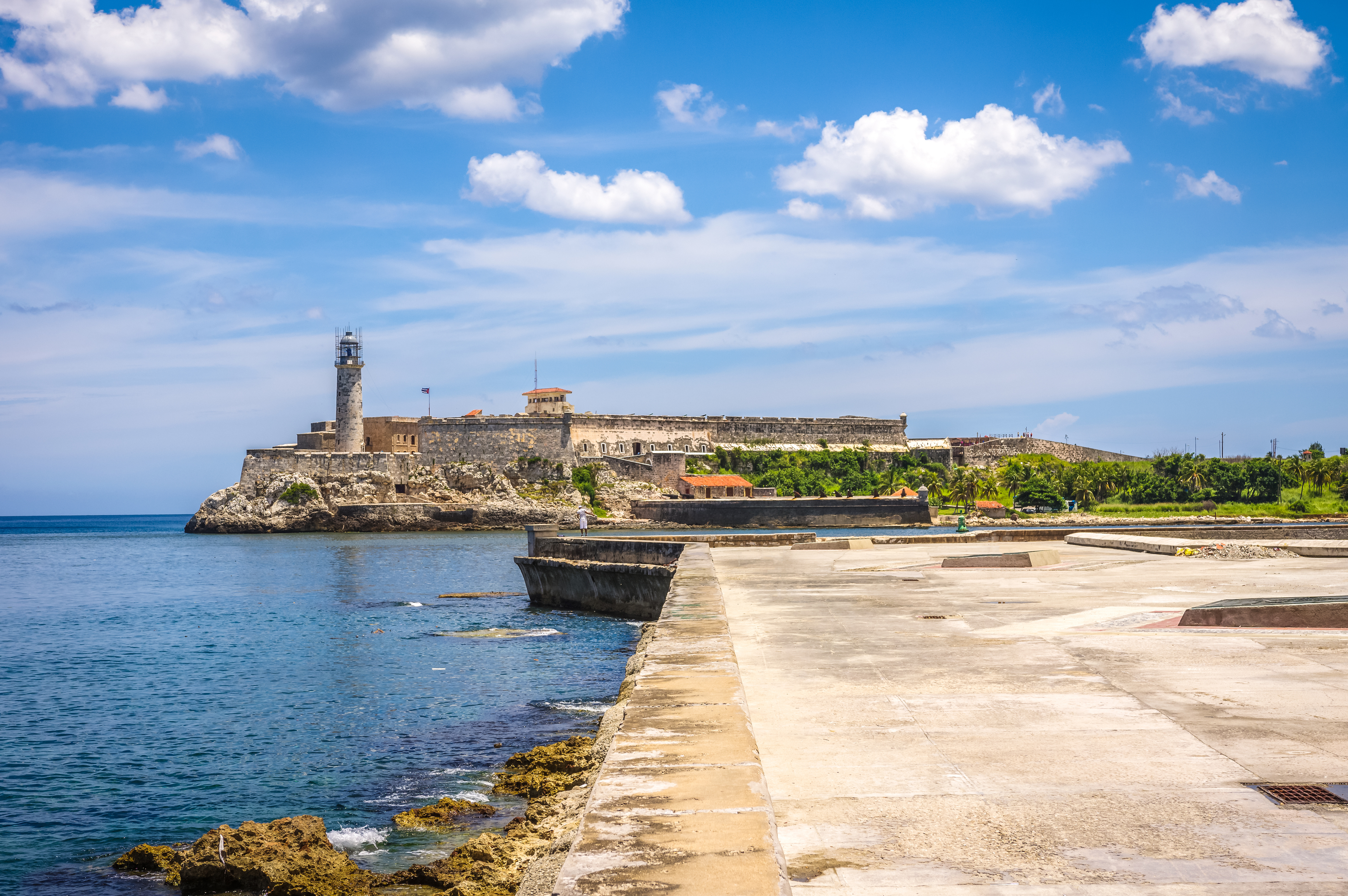 Next up, grab a taxi through the tunnel under the harbour out to the Morro-Cabaña Military Historic Park, also included in the Old Havana UNESCO site. At the tip of the harbour, the Castillo de los Tres Reyes del Morro (named after the three biblical Magi, the tres reyes) was completed in 1589 to protect the city against pirate raids. After touring El Morro, a five-minute stroll takes you to the Fortaleza de San Carlos de La Cabaña, completed in 1774 as the the third-largest military fortress in the Western Hemisphere. Both afford splendid views over Havana, and perhaps the best time to visit is the early evening, to catch the splendid sunset and witness the traditional cañonazo (cannon firing) by men in 18th-century military uniform every evening at 9 pm. 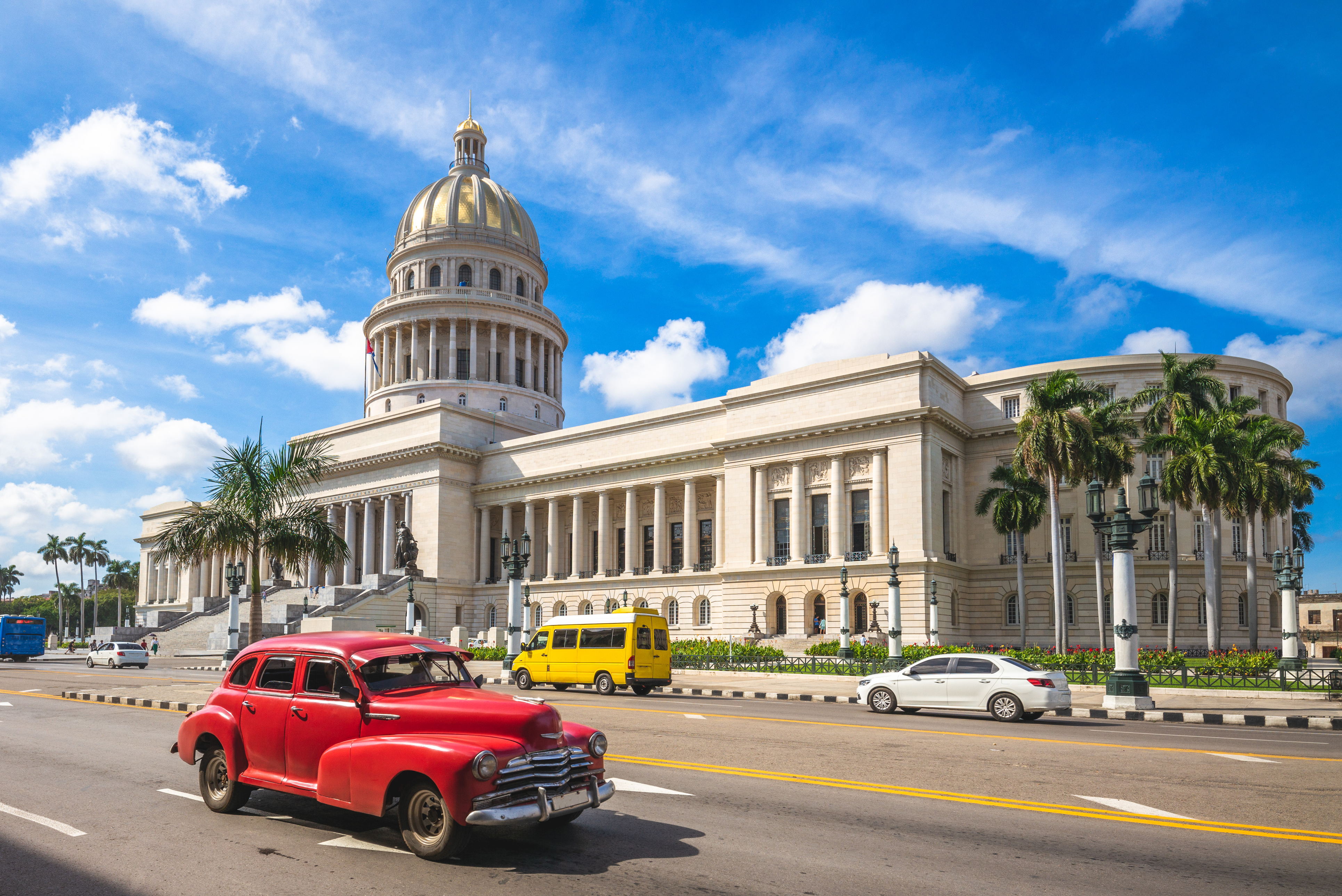 Just west of Old Havana, inaugurated in 1929, the seat of Cuba’s parliament was inspired by the Panthéon in Paris, the Vatican‘s St. Peter’s Basilica, and the Capitol of Washington DC, and was the island’s tallest building until 1956. The space under the dome is home to a 15-metre (more than 49-foot), goldleaf-covered Statue of the Republic of a tunic-clad young woman with helmet, shield, and lance (the world’s third largest indoor statue) as well as a point embedded with a 25-karat diamond which marks the country’s “kilometre zero”, from which all road distances are measured.  At either end are chambres in which the Senate and House of Representatives sat, but after the revoltion of 1959 was used by the Cuban Academy of Sciences and the Science and Technology National Library until 2013, when it closed for restoration (heavily subsidised by Putin‘s Russia, incidentally), reopening in 2019 to house Cuba’s National Assembly (and still open for public tours most of the year). 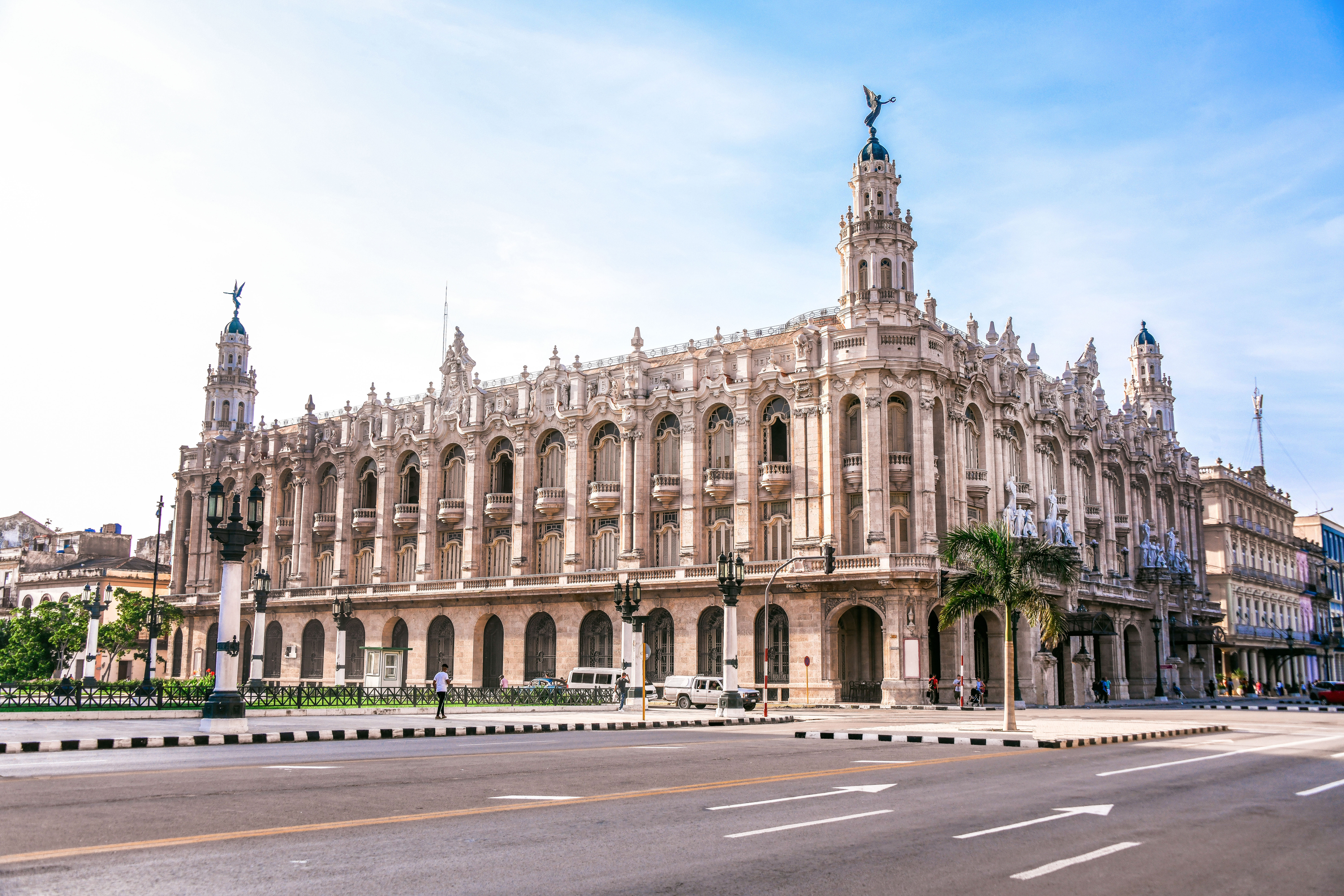 The Grand Theatre of Havana

Completed in 1914 as the Centro Gallego (social centre for immigrants from Galicia, Spain), this sumptuous edifice next to the Capitolio is also known as the García Lorca Theatre (named after the great 20th-century Spanish poet), and since 2015 dedicated to Alicia Alonso (1920-2019), the longtime head of the Cuban National Ballet based here.  Sculptures on the its neo-Baroque façade are dedicated to education, the theatre, music, and charity, and over its 98-year history it has hosted legendary performers such as Sara Bernhardt, Enrico Caruso, and Jenny Lind. The Gran Teatro is still one of the cultural highlights for all levels of Havana society. For programming and tour information, click here. 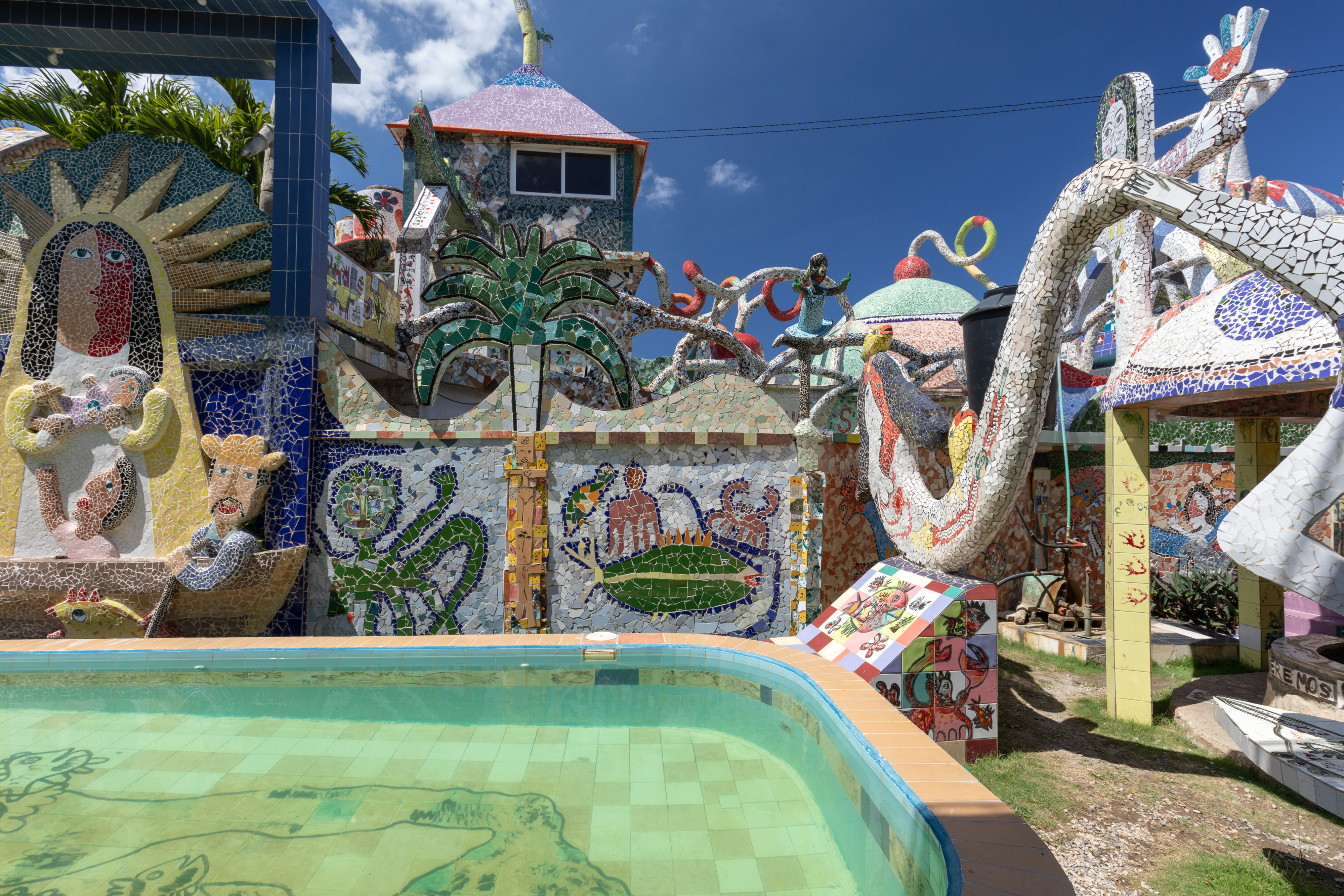 A bit farther out – a half hour’s drive from Old Havana in the humble neighbourhood of Jaimanitas – artist José Antonio Rodríguez Fúster began back in 1975 to decorate his, then his neighbours’ houses and businesses in colourful, whimsical style reminiscent of Antoni Gaudí. Fountains, benches, gateways, bus stops, doctors’ offices, and various other buildings present a riot of kaleidoscopic whimsy.You’ve likely never seen anything quite like it!

Pretty impressive, no? And there’s plenty more besides, including the Colón Cemetery, the Museum of the Revolution, the Fine Arts Museum, the Hotel Nacional, and the Tropicana cabaret extravaganza. Discover all this and the beautiful island beyond by booking a flight to Havana for the trip of a lifetime!