Dining in Budapest is a savoury mix of the exotic and the familiar, and one influenced by other European cuisines, especially the French and that of neighbouring Austria (both by dint of proximity and having also been part of the Austro-Hungarian Empire from 1867 till 1918). Foodies will delight in both traditional Magyar cuisine, with its clasic soups, goulash and Dobos torte, as well as nouvelle cuisine that is attracting attention all over Europe and beyond. Let’s take a few bites, shall we?

With an intense red colour, this savoury stew (top) is made with different recipes but always includes beef, vegetables (onion, garlic, tomatoes), and spices (black pepper, cumin, and above all paprika, this country’s most distinctive ingredient)

There are plenty of great places to enjoy a good goulash in Budapest, but both locals and visitors seem to agree that likely the best is Hungarikum Bisztró, a homely spot with red-checkered tablecloths which specialises in classic Magyar cookery in the middle of downtown Pest. 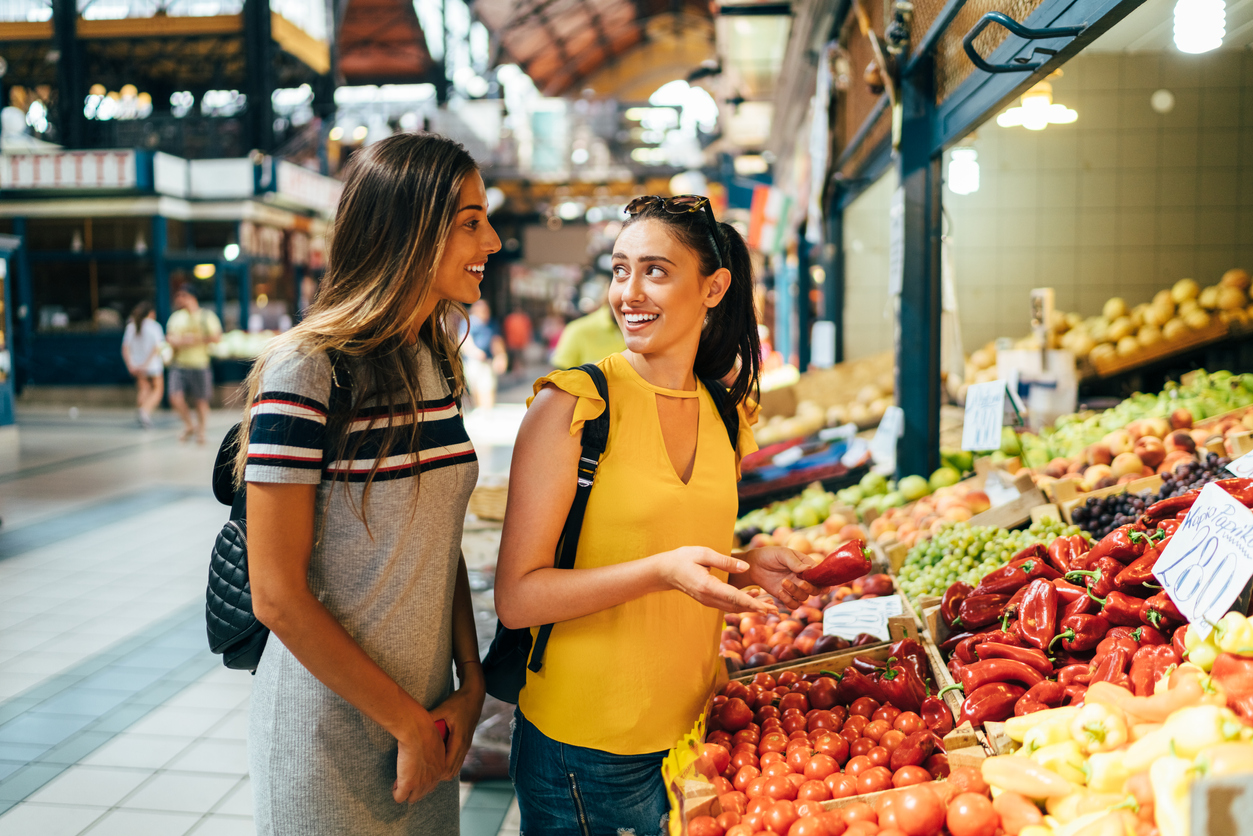 To Market, to Market

The Nagyvásárcsarnok is a typical mouthful in the impenetrable Hungarian language, but Budapest’s 142-year-old Budapest  Market Hall at the end of the pedestrian shopping street Váci utca also delivers no end of delectable mouthfuls of hearty, traditional Magyar fare -including goulash, soups, and other dishes such as csirkepaprikás (a tasty chicken stew, again seasoned with paprika) – at very affordable prices. It’s open daily, but your best bet to catch the scene at its buzziest is Saturday morning. 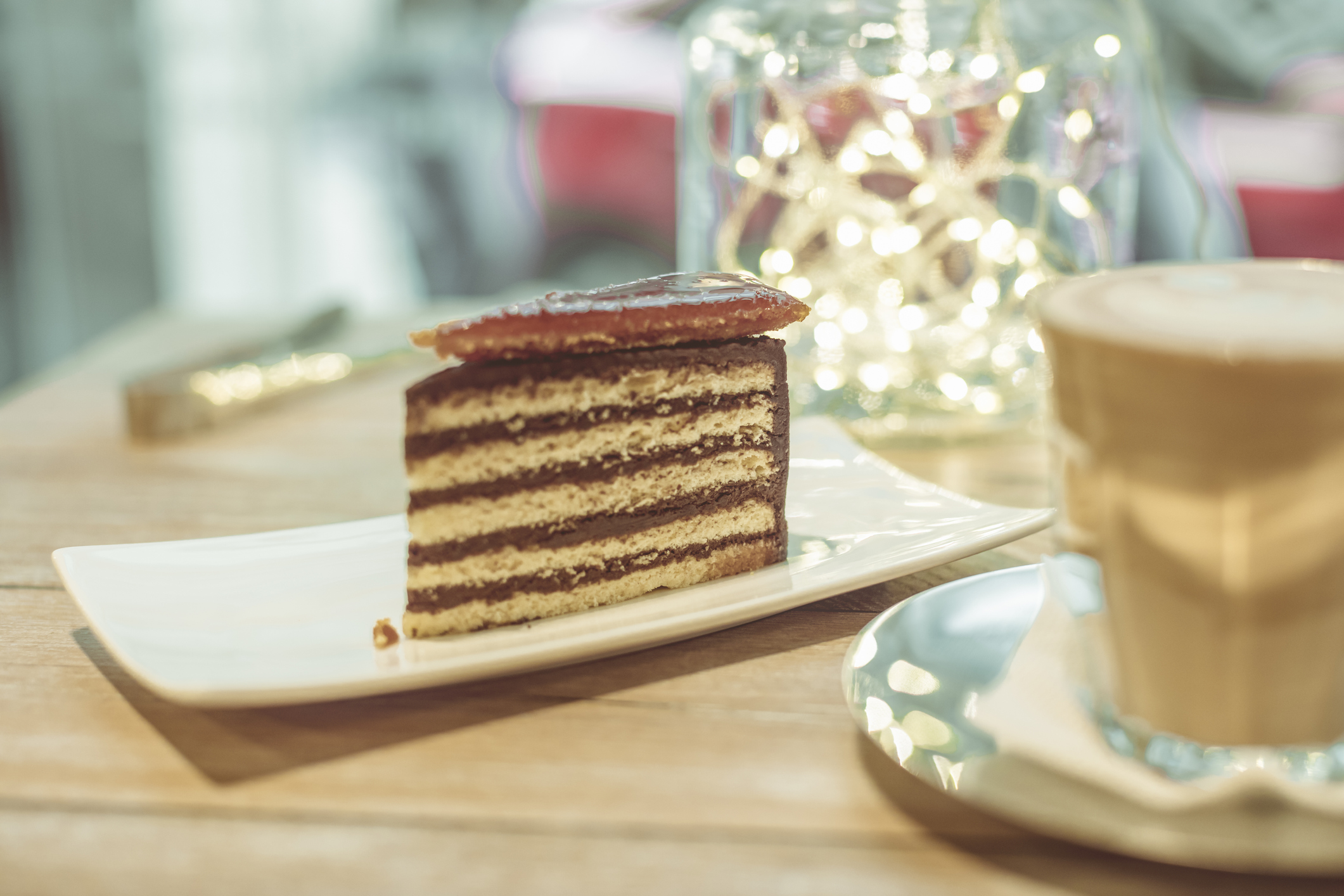 Doyen number one is famous beyond Hungary – in fact, if foreigners know the name of any restaurant in Budapest, it’s that of Café Gerbeaud, a coffeehouse on Pest’s Vörösmarty tér, opened in 1858 then in the 1880s taken over by Swiss confectioner Émile Gerbeaud. In its elegant interior, adorned with a Rococo ceiling, marble-topped tables, gilt plasterwork, and extravagant crystal chandeliers, diners can enjoy goulash as well as salads and other light fare, but the main event is the menu of sinful and elaborate sliced cakes and ice-cream sundaes. Across the Danube River on Budapest Castle hill, doyen number two is the Ruszwurm Cukrászda, dating back to 1827, its Biedermeier interior providing a cosy and comfy place to enjoy for its own marvelous cake and ice-cream creations.

In either of these, as well as other eateries across the city and country, you’ll definitely want to sample Hungary’s most famous and distinctive dessert, Dobos torte (aka Dobosh, above), named after Jozsef C. Dobos, who created it in 1885 after he discovered buttercream on one of his trips to France. Its six layers of sponge cake are filled with cocoa and vanilla  buttercream and topped by a seventh layer of caramel (one of the cake’s earliest fans was Austria-Hungary’s beautiful and beloved Empress Elisabeth, aka Sisi, which of course gave its popularity no small boost).

Learn more about the pleasures of eating in this city at BudapestInfo.hu, and book a very affordable Iberia flight (as little as 53 euros one way) – just be sure to bring a hearty appetite. Jó étvágyat (bon appétit)!