As we’ve often noted in this blog, our immediate neighbour to the south has a tremendous amount to offer visitors: fabulous cities and towns such as Fez, Marrakesh, Ouarzazate, Rabat; and Tangier; marvelous ecotourism (including Atlas Mountain treks and Sahara Desert safaris); and let’s not forget some very appealing beaches indeed.

What’s more, as you discover Morocco and experience all of this, there’s one delicious common denominator: a savoury and distinctive Maghrebi (North African) cuisine unlike any other we know of, drawing from Middle East, the rest of Africa, and Andalusia (which, as you’ll recall, was ruled by Muslims originating in North Africa for more than 700 years during the Middle Ages). Beef, lamb, goat, and mutton are common proteins, often accompanied by some combination of olive oil; the nutty/creamy oil from a local tree called the argan; dried fruit; durum wheat; and a large variety of herbs and spices such as cinnamon, cumin, turmeric, mint, and parsley (for example, the classic and complex spice mixture ras el hanout contains a whopping 27 of them).

Have you ever tried Moroccan food? If so, you know very well why we love it so much; if not, you’re in for a real treat. Some of the top stars on the menu here include: 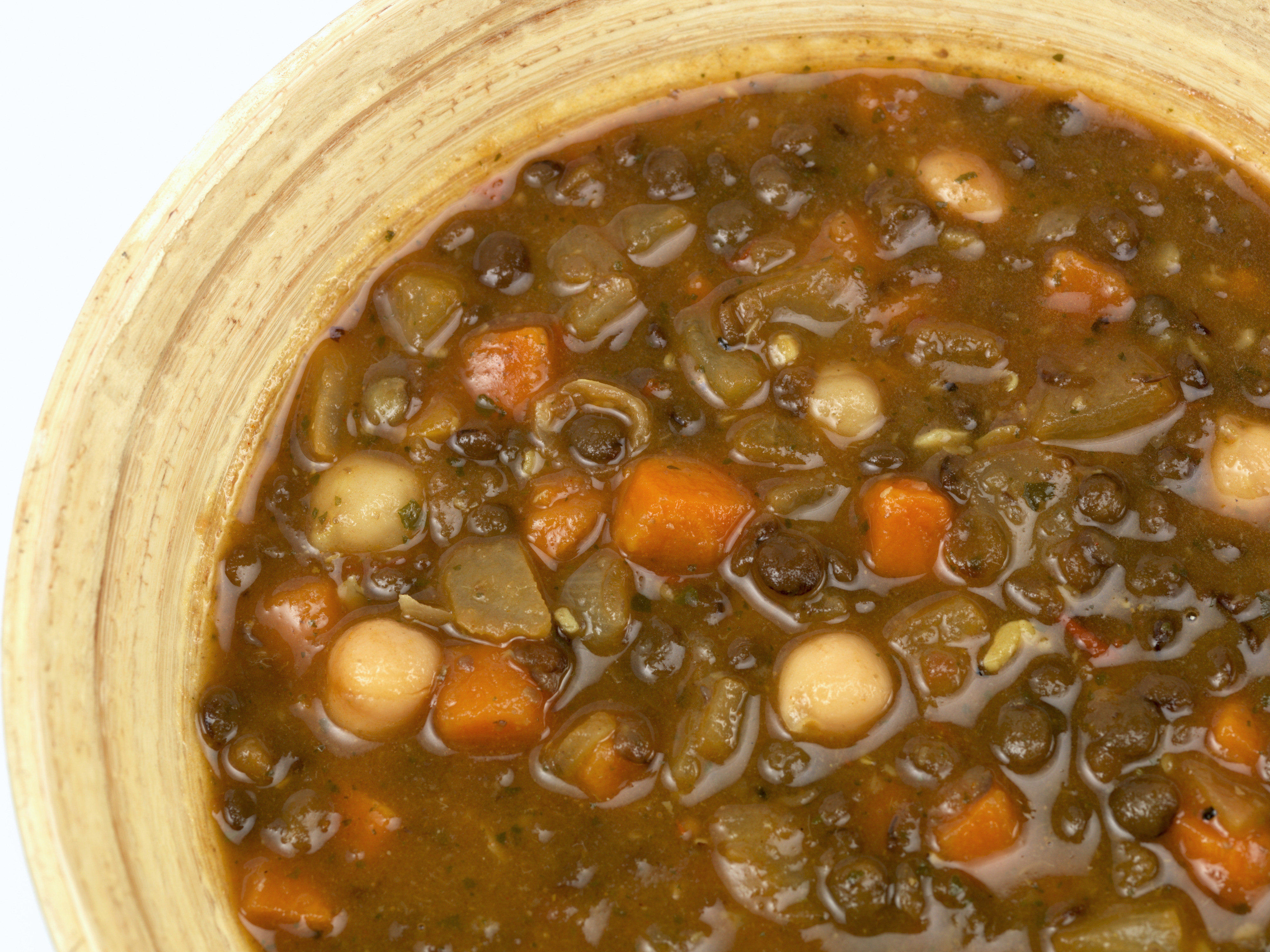 Morocco’s national soup is a popular and hearty staple as a starter for dinner after a dawn-to-dusk day of fasting during the holy month of Ramadan (in March and/or April, depending on the year), and often served with dried dates; we have, however, found it on menus at other times of year, as well. Harira ingredients include wheat flour, tomatoes and tomato paste, lentils, chickpeas, fava beans, rice, beaten eggs, and a bit of meat – usually beef, lamb or chicken – and all seasoned, simmered, and left to steep overnight. 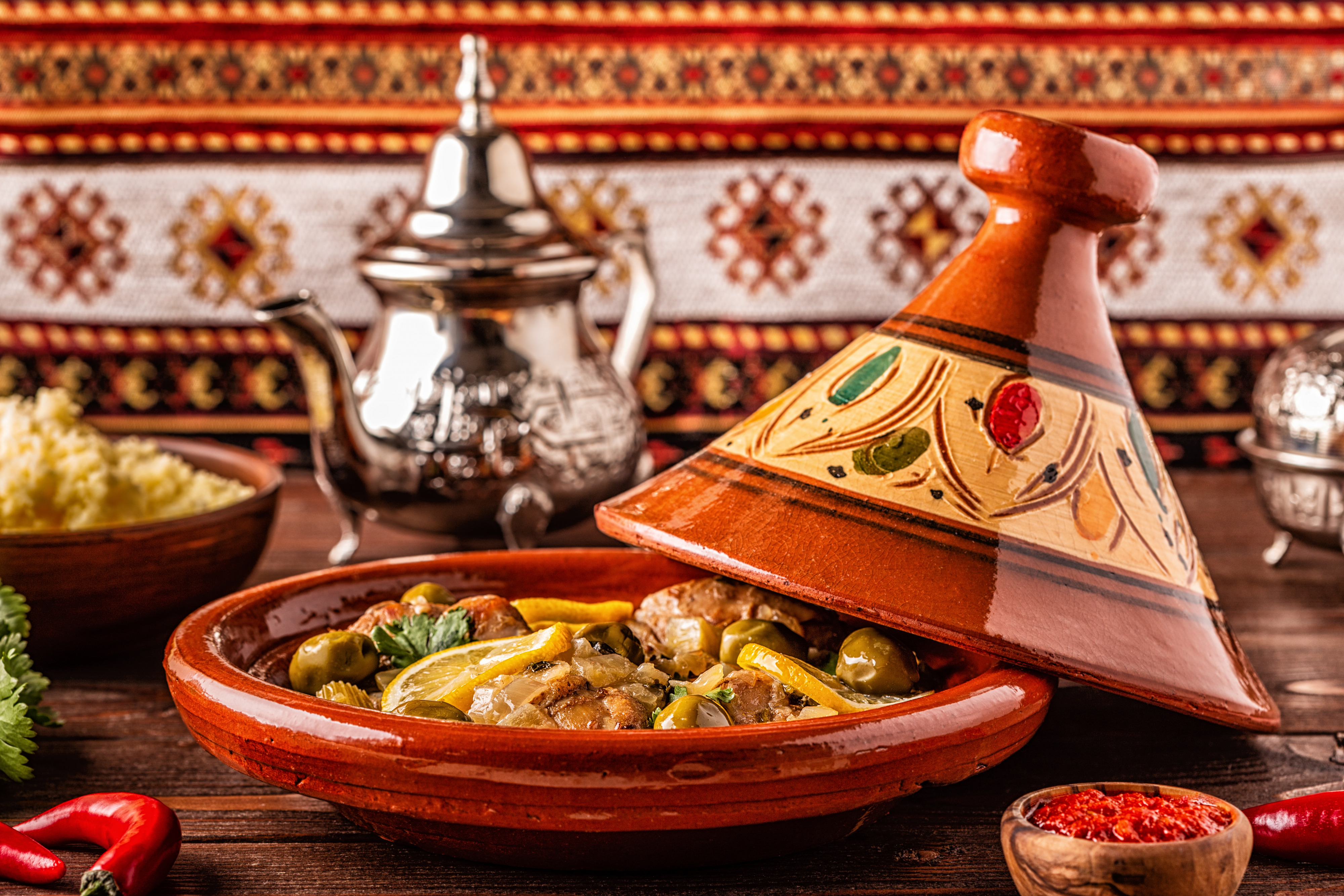 This savoury stew of Morocco’s ubiquitous Berber people, is perhaps this country’s most recognisable speciality, named after the distinctively conical clay dish in which it’s traditionally slow-cooked and subsequently served. Tajines (also spelt tagines) are usually made with sliced beef, lamb, chicken, or fish along with vegetables such as chickpeas, carrots, tomatoes, onions, green beans. Some variations include dried fruit like dates, apricots, figs, and plums/prunes. They’re often garnished with lemons and boiled eggs, and seasoned with spices on the order of cilantro, cinnamon, cumin, ginger, ground red pepper, saffron, cinnamon, ginger, and turmeric. 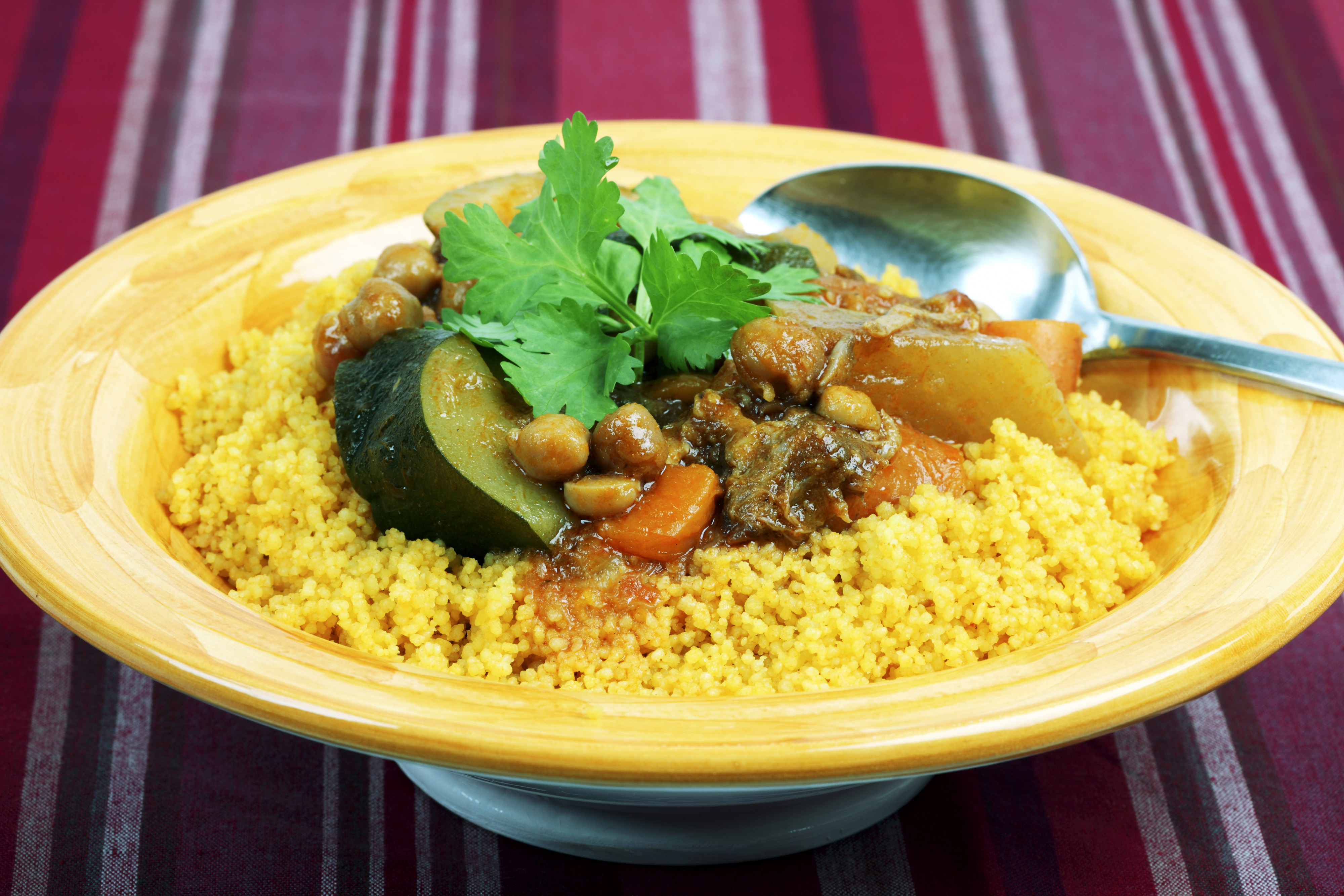 This dish common across all of North Africa is based on wheat semolina (tiny pellets produced in the milling process), steamed till they’re fluffy, then cooked in a chicken or vegetable broth. To that are added meat (chicken, lamb, or mutton), veg (typically potatoes, carrots, and turnips), and spices (such as cumin, ginger, cloves, and cardamom). And there are quite a few variations – some couscous uses just meat; others just veg; yet others add raisins and almonds; and then there are the sweet “dessert” versions with, for example, ingredients including raisins, dried apricots, dates, orange juice, pine nuts, cinnamon, and powdered sugar. 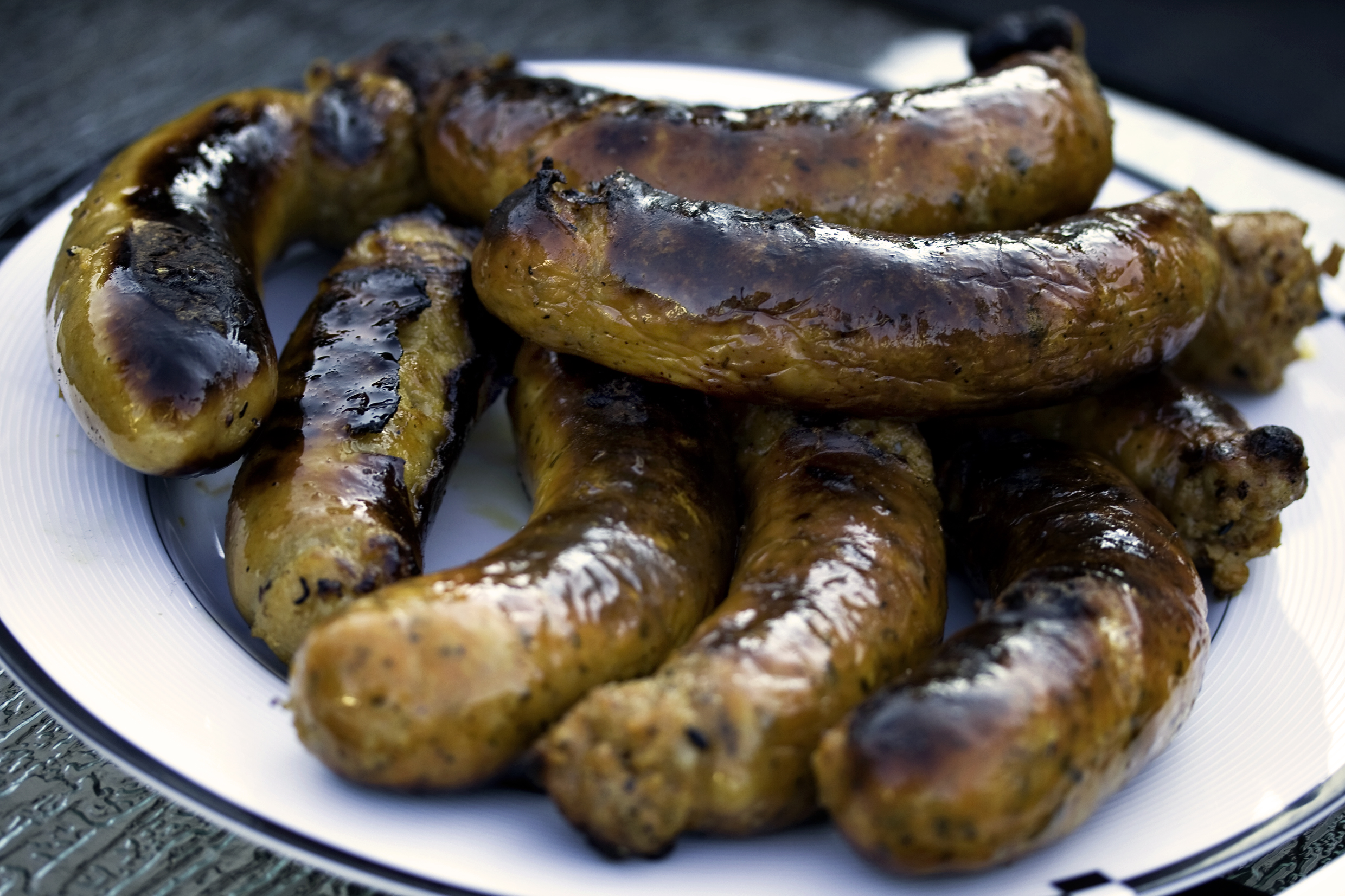 The Maghrebi sausage par excellence is made of minced lamb, beef, or a mixture thereof, heavily seasoned with the likes of cumin, chili pepper, fennel, and harissa (a spicy paste of chilis, garlic, and other spices). It can be served fried by itself, with french fries, and on a sandwich; it’s also sometimes chopped up to add extra flavour to tajines and couscous. 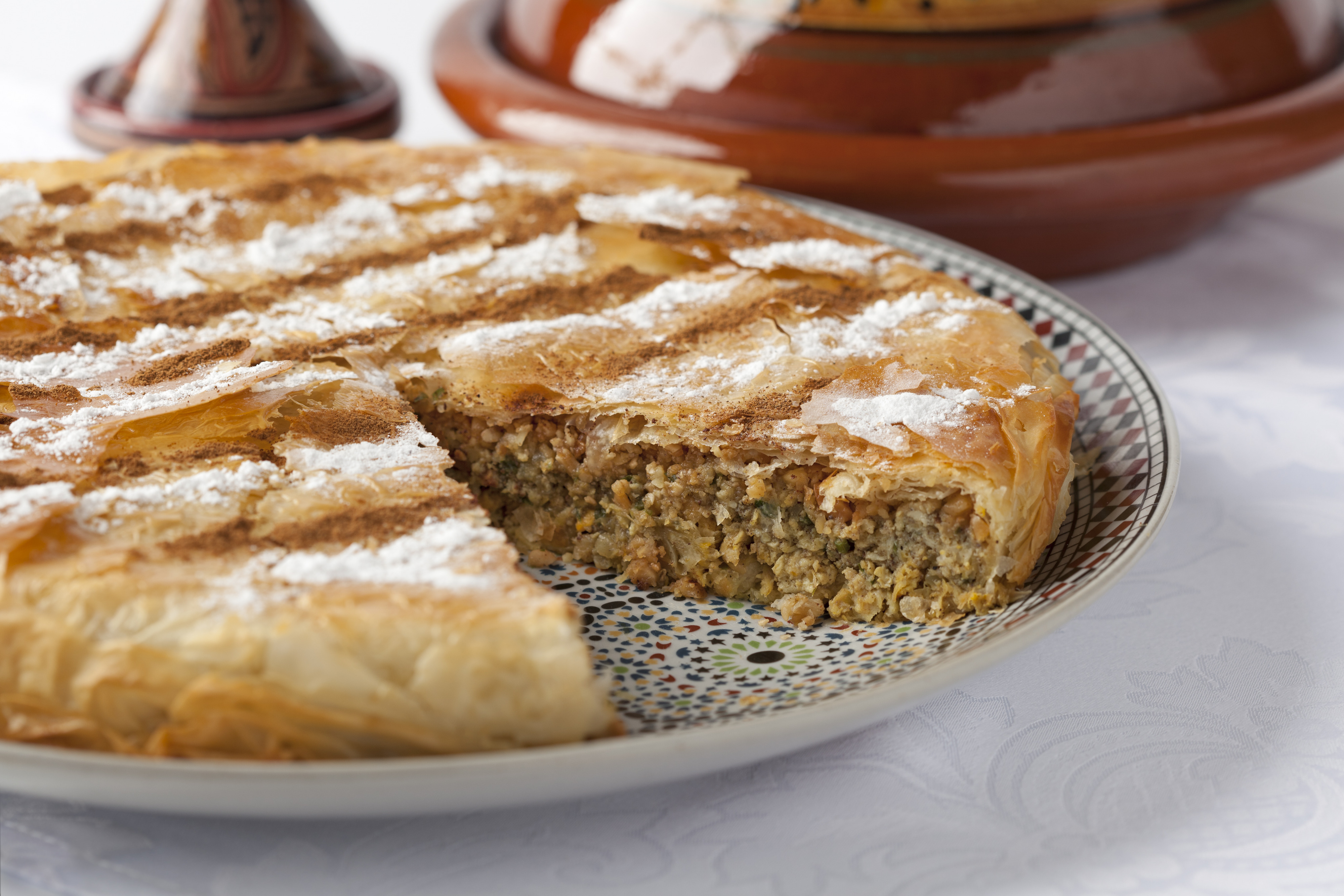 Can you imagine chicken and sugar/cinnamon combined in the same dish? Morocco’s distinctive chicken pie does just that, in a tasty package baked in phyllo dough and seasoned with ras el hanout (see above), ginger, cumin, garlic, and almonds; pastilla can also be made with pigeon instead of chicken, or with seafood. (An interesting note, by the way: the name comes from Spanish because this dish was originally brought here by Moors from al-Andalus.) 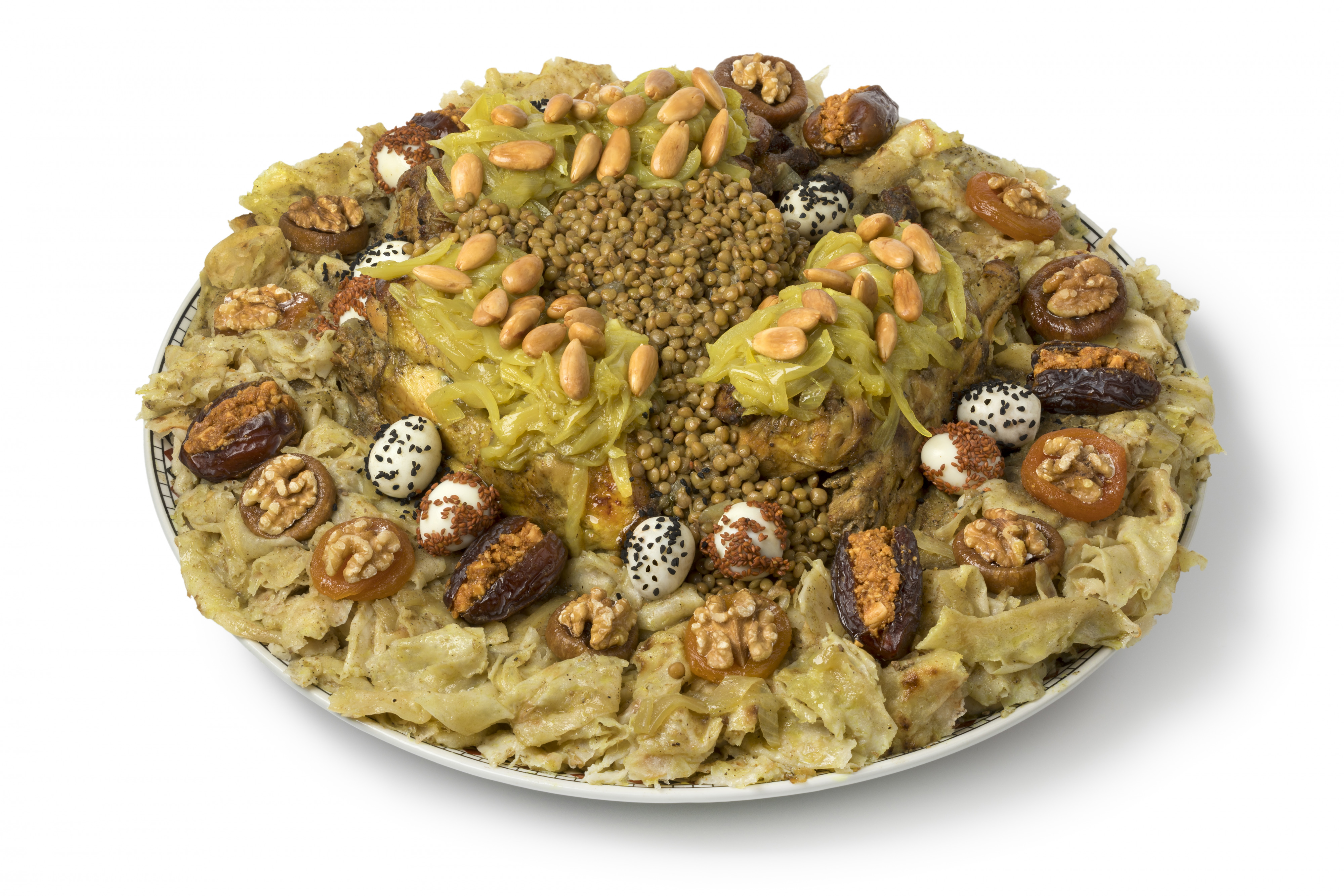 Considered by Moroccans to be their quintessential “comfort food”, this is basically stewed chicken and lentils poured over a bed of some kind of bread – msemen or meloui pancakes, trid crêpes, or just day-old regular bread. But what gives rfissa its distinct flavour is that the broth it’s stewed in, seasoned with a mix of spices most prominently including ras el hanout and fenugreek seeds. 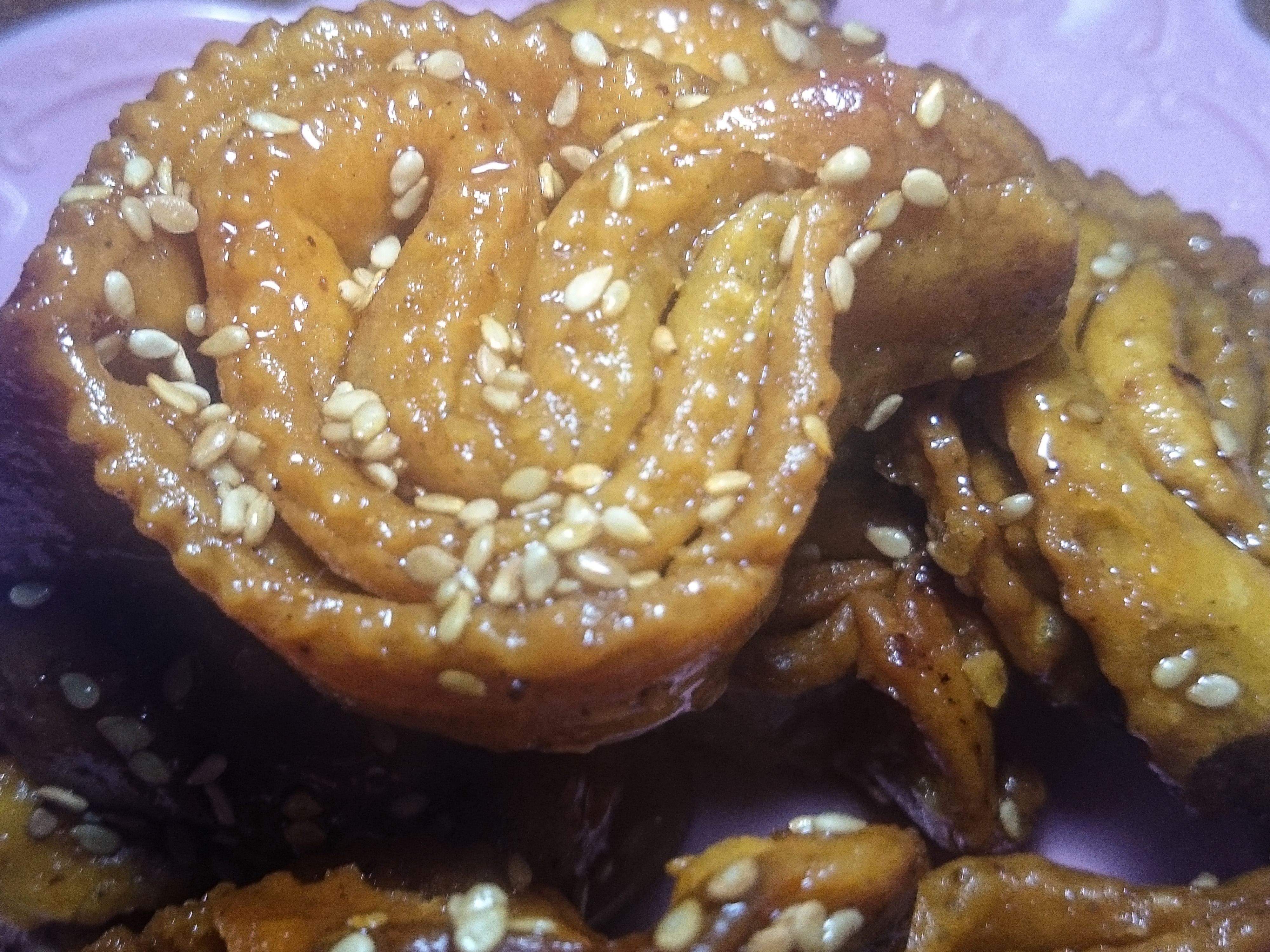 A Moroccan meal’s final sweet touch is often provided in the form of fruit; favourites include sliced oranges sprinkled with cinnamon and fruit salad coated in a mix of yogurt and orange juice. But there are several uniquely Moroccan desserts well worth looking out for, including kaab el ghzal (“gazelle horns”), biscuits stuffed with almond paste, scented with cinnamon and orange-blossom water (briouats or briwats are a triangular-pastry variation with the same ingredients). Another is chebakia, strips of dough arranged in a swirl or to resemble a rose, deep fried, then coated with a honey-rosewater syrup and sprinkled with sesame seeds; these are made especially during Ramadan and for special occasions, but can sometimes be spotted all year round. 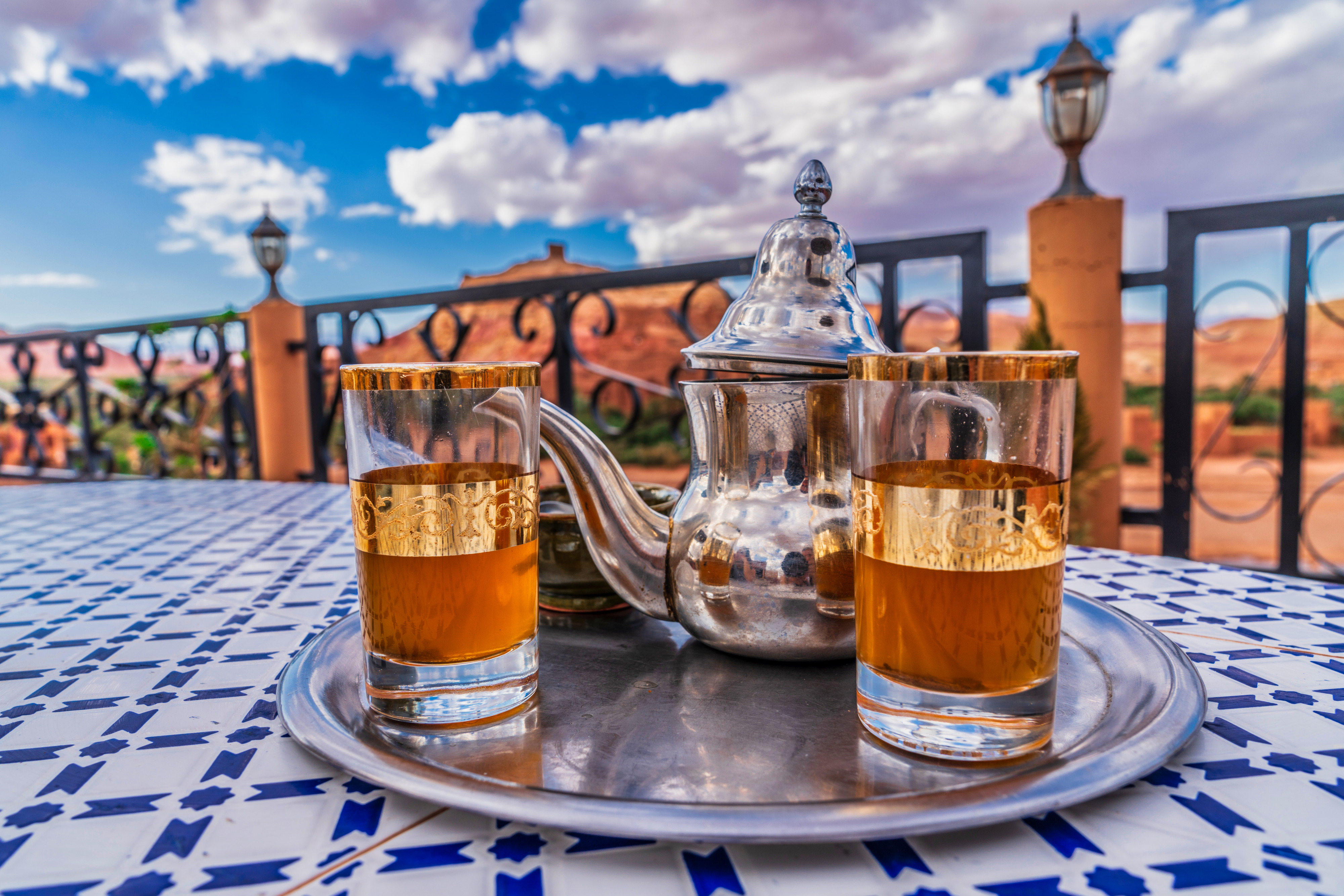 And all of the above is most often accompanied by water, fruit juice, soft drinks, or the country’s most popular beverage: thé à la menthe (which in Spain we call té moruno), a hot green tea prepared with spearmint leaves and lots of sugar. (You can get wine and beer here without too much trouble, by the way, but most Moroccans don’t drink alcohol since over the centuries it became frowned upon in Muslim culture.)

Is your mouth watering yet? Book an Iberia flight to Morocco (for example, to Marrakesh for as little as 69 euros) and discover a world of experiences and flavours that will make your taste buds sing for sure – and may even change your outlook on life!