More and more travellers – yours truly included – consider the pleasures of the palate an essential factor when planning a trip. Beyond museums, history and nature, which of course are also important, planning what to eat or what new flavours to encounter can sway the final decision. Germany is one of my favourite places in this regard, because it always has some tasty ace up its sleeve… and the Iberia Group offers six direct routes from Madrid to help us partake. Today we’ll show you some typical dishes from Berlin, Stuttgart, Düsseldorf, Frankfurt, Hamburg, and Munich so that you can tuck in like a German when you touch down in any of these Iberia destinations. Because there’s a lot more to German food, as I once detailed in this blog, than savoury sausages. 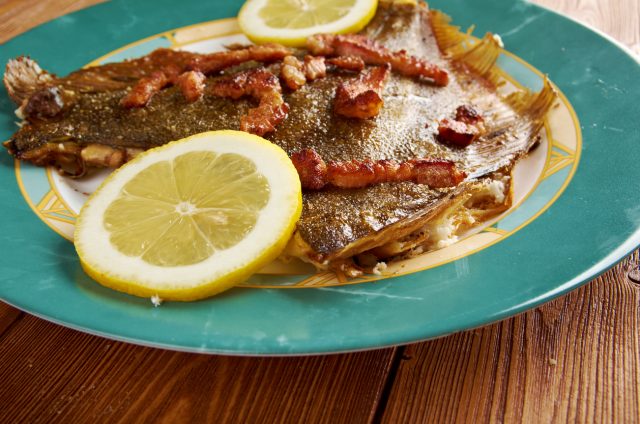 Finagle a Finkenwerder Scholle in Hamburg

This city-state in the north of the country has been functioning as one of the main ports in Europe for centuries, so we’ll tempt you with a dish that features what else? fish. In general, it may not always be easy to find excellent fresh fish in Germany, but there are, of course, honourable exceptions: Scholle is the German word for plaice, a fish with a delightful taste, and Finkenwerder refers to one of the city’s maritime neighbourhoods, as the dish originated there. With such a name, then, you’ll know exactly where to go to sample the plaice. How do they serve it? Normally, it’s lightly battered, fried and with bits of bacon (or failing that, small prawns) on top, giving it even more flavour; as a side dish, cooked or baked potatoes complete a top-notch recipe.

Order an Eisbein in Berlin

Pork knuckles occupy a place of honour in German cuisine both for the taste and for good value for money. Most likely, if you ask outside of Berlin, they’ll serve you an oven-cooked knuckle named Schweinshaxe, but in the capital they prepare it in a special way: cured and usually boiled between bay leaves, juniper berries and a pinch of cumin, which gives it both texture and a particular taste. The result is very soft meat inside, and a gelatinous outside. Usually it’s served with sauerkraut (fermented cabbage), but in some restaurants you’ll find it with mashed potatoes or pea cream. Either way, let’s be clear: this is a unique dish – and perhaps not everyones cup of knuckles.

Taste a Leberkäse in Munich

One of Bavaria’s local specialities (top), Leberkäse is such a versatile product that you can find it both in an Imbiss (a typical street food stall), and in restaurants: a sausage made with pork, veal and a host of spices, among which are, for example, pepper, nutmeg or star anise. The result is a generous square bar cut into thick slices and usually served on a special bread called Semmel with some sweet mustard (if you order it in the street), or in a restaurant on a plate next to a fried egg and Bratkartofflen (baked potatoes). It’s an unbeatable choice any time of day, as there are even those who have it for breakfast.

Swoon over Spätzle in Stuttgart

One of my favourite Teutonic treats comes from this city and the surrounding Swabia region. Spätzle are practically sacred in Stuttgart, an ideal option as a main dish or also as a side to other main dishes, especially meat. Made with flour, egg and salt, it’s a type of elongated pasta with stretch marks, resembling a kind of worm. In Stuttgart, most will order some Kässpätzle, prepared with a bit of onion and a good helping of cheese, which melts until you get a creamy texture that tempts the palate; more than a few restaurants, in fact, serve them directly in the pan. Other varieties pair the dough with spinach (Spinatspätzle) or with pork liver (Leberspätzle).

Enjoy a Düsseldorfer Senfrostbraten in Düsseldorf

This one’s so typical of Düsseldorf that it even features its origin in the name. The Düsseldorfer Senfrostbraten involves a nice piece of pork tenderloin – roasted either on a grill or in a pan – topped with a thick top crust featuring Senf (mustard) and onion; this work of art is finished au gratin in the oven until the crust acquires a yummy ochre hue. And yes, you can blame this dish to a large extent for one of Düsseldorf’s nicknames: Senfstadt (city of mustard). 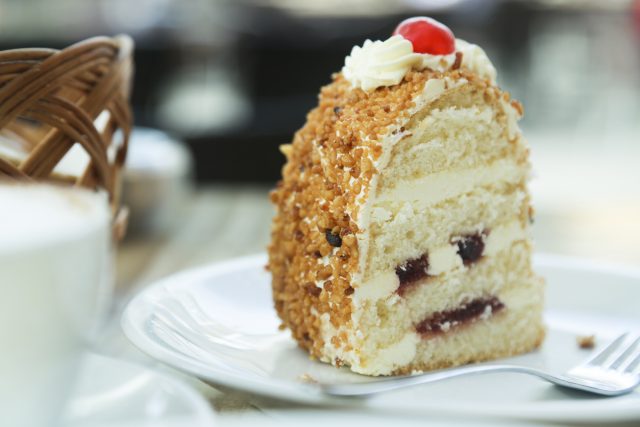 And to Top it Off, an Elegant Frankfurter Kranz

Every culinary tour should have a sweet ending, and this one’s no exception: here we’ll opt for the famous Frankfurter Kranz, named for its circular shape and for commemorating the coronation of the emperors of the Holy Roman Empire in Frankfurt. This is definitely the sweet star of the city, consisting of several layers of cake alternating with butter cream; its distinctive shape is achieved with pieces of almonds, hazelnuts or walnuts, all crowned with sour cherries. This is one sweet that will make you feel like true royalty.