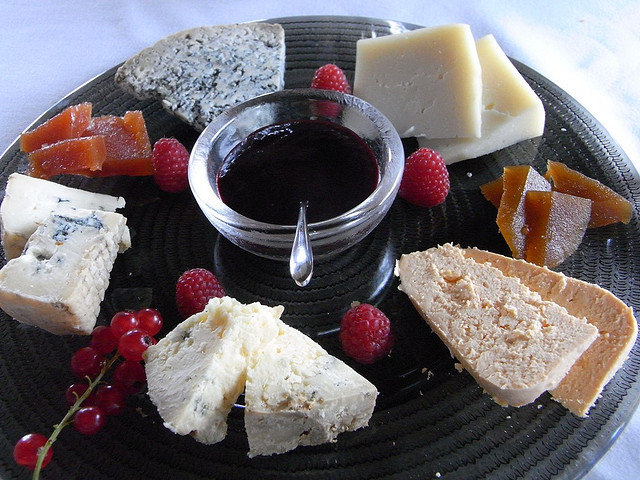 Ah, cheese. The Greeks called it “a gift from the gods”, and 2,000 years later, who doesn’t love it? Cheese has everything: it never goes out of style, there are countless exquisite varieties, it keeps well, and its contribution to our health derives from its proteins, calcium and phosphorus. Summer being a perfect time of year to explore Spain‘s rich landscape of quesos, herewith a round-up of some of the best-known:

A favourite with countless fans, this is the crème de la crème of Spanish blue cheese. It’s made with cow, goat, and sheep’s milk, and aged in caves up in the Picos de Europa mountains of green Asturias, where the fungus ripens just perfectly. The result is an unmistakable soft and creamy cheese with a strong bouquet and flavour and a delightful spicy finish.

Made in the Basque country, the best of these are the cheeses without any labels, made by shepherds from ‘latxa’ sheep’s milk. It’s fatty, lightly spicy and sour, and is also available in a smoked variety.

Hailing from and named after the best known city of Minorca in the Balearic Islands, this raw, pressed cow’s-milk cheese offers several varieties, from soft to aged. Square shaped and less compact than others, it’s known for its intense bouquet and salty, spicy finish.

Three flavours in one: sour, sweet and salty, made from raw majorera goat’s milk on the Canary Islands‘s Fuerteventura. When you try try it, you’ll definitely notice the exquisite creamy milk fat on your palate.

Spain’s best known cheese – practically a symbol of the country – it’s made from sheep’s milk from the La Mancha region (hence the name manchego, Spanish for La Manchan). The taste is lightly spicy, sour, and salty. It’s also very versatile, going equally well with red wine or as the finishing touch to a fine dish.

True cheese aficionados adore this whimsically named variety, making it one of the most sought-after, even though much of the general public has yet to hear of its existence. It’s made from the milk of payoyo sheep native to mountains of Andalusia‘s Sierra de Grazalema (Cádiz) and the Serranía de Ronda (Málaga). Intense flavour, fatty, with a spicy touch.

This one’s unusual conical – indeed breast-like shape (hence the name, meaning “little tit”)  – conceals a soft flavour and a tender texture. From Galicia up in Spain’s northwest corner, it’s made from cow’s milk and natural rennet.

Perfectly creamy, it has an intense aroma and a bitter taste low in acidity. It’s typical of Extremadura, where it’s made with clotted raw sheep’s milk and thistle vegetable rennet. Careful: it’s truly addictive!

As I said, there are dozens more – have we left out any of your own Spanish cheese favourites?