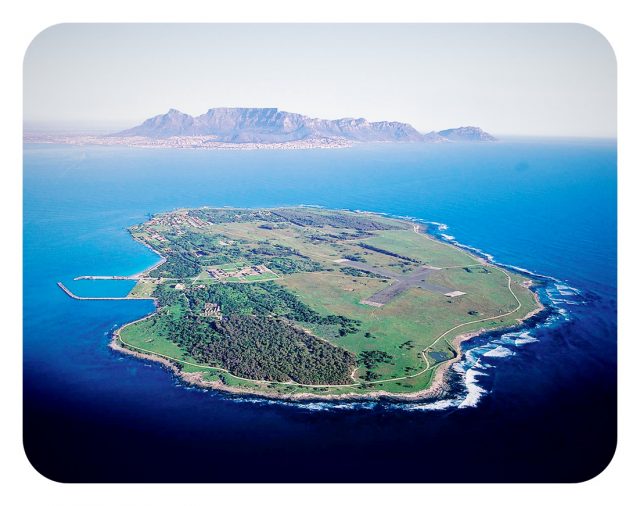 A short boat ride out into the Atlantic Ocean from Cape Town, just over five square kilometres (2 sq. miles) in size, sandy Robben Island (robben being Afrikaans for seal) was always remote and largely uninhabited (except at one point for a whaling station) – which made it a perfect site for a penal colony (and at another point, also a lepers colony and quarantine station). And so it was used, by the founding Dutch colonisers, the subsequent British, and in the 20th century, the minority-white governments of South Africa.

And it was this last régime that routinely jailed many activists battling the brutal, racist apartheid system of the latter part of the 20th century – most famously Nelson Mandela, who arrived here in 1964 to serve 18 long years in a dreary cell and compelled to do hard labour breaking rocks. And since the advent of democracy to the “Rainbow Nation“, that prison and that cell – now a UNESCO World Heritage Site – have become musts for visitors to the country’s beautiful Queen City. 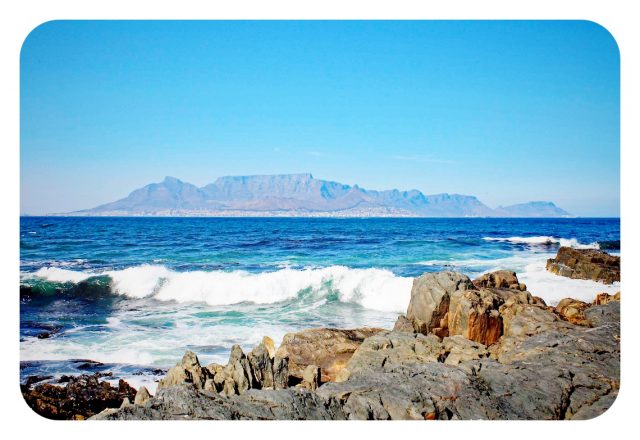 It’s a visit which arouses strong emotions from beginning to end, starting at Cape Town’s chic V&A Waterfront with the Nelson Mandela Gateway, a permanent multimedia exhibition about the struggle against apartheid (and includes a shop and restaurant).

That’s followed by a 40-minute ferry ride (departing the waterfront at 9 am, 11 am, and 1 pm), featuring sweeping views back toward the city and the imposing Table Mountain which looms above at, along with sightings along the way of penguins and seals.

Once on Robben Island, visitors are treated to a boat tour including a number of historic spots, accompanied by commentary both informative and moving by one of the prison’s former inmates (along the way spotting local wildlife such as antelopes and penguins).  Spots such as a trio of quarries where Mandela and others were forced to endure hard labour; prisoner barracks’; the airstrip; the maximum-security block; a pair of churches; the leper cemetery; the house used to imprison one of the Pan-African Congress presidents and later to house and train vicious guard dogs; the Minto’s Hill lighthouse; and more. All told, the experience takes three to five hours, including sea crossings.

To get a sense of what it was like in those bad old days, it’s worth checking out the 2007 film Goodbye Bafana, about the relationship between Mandela (played by Dennis Haysbert) and his prison guard James Gregory (Joseph Fiennes), available in its entirety on Youtube).