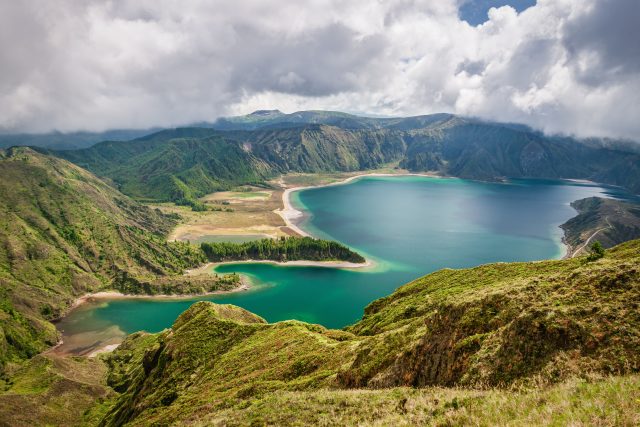 Portugal‘s answer to Spain‘s Canary Islands, the Azores are a nine-island grouping  1,529 kilometres (950 miles) out in the Atlantic Ocean west of the Iberian Peninsula. The largest (759km²/293 square mi.) and most populous of the archipelago, São Miguel, is home to capital Ponta Delgada, but also a spectacular volcanic but verdant landscape including towering cliffs and ancient laurisilva forests that make a truly splendid playground for nature and adventure lovers. 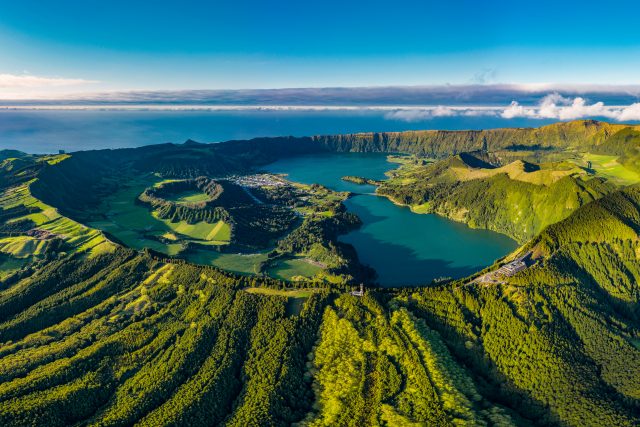 Topping the list of outdoorsy musts are São Miguel’s more than 20 signposted hiking trails, many of them apt for beginners as much as experienced hikers and some of which can hiked with the help of expert guides. The best known is the one running from Vista do Rei to Sete Cidades, including along the way some of the best views of the lagoons within the caldera of the island’s volcano. (You can also, by the way, experience this nature and landscapes via tours on horseback, on two wheels or via 4×4, jeep, or quad.) 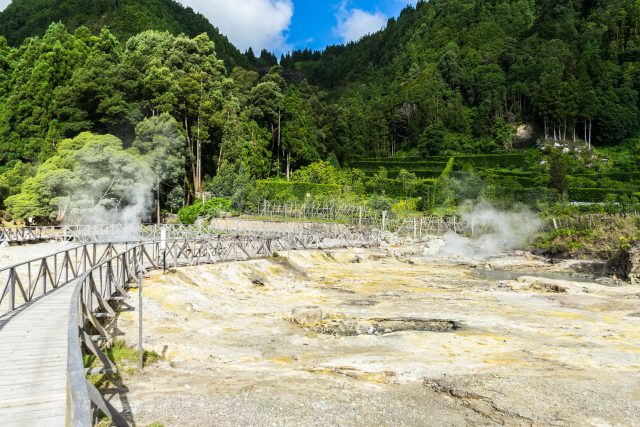 
This subset of ecotourism focusses on the topography and geology of a destination’s landscapes, and thanks to its 1,766 volcanoes (nine of which are still active – but don’t worry, they’re closely monitored), São Miguel has some pretty cool geosites to offer – ten of them, including the calderas of Fogo, Furnas, and Sete Cidades. Take advantage of the guided tours and interpretation centres to explore these landscapes of steaming fumaroles, vulcanic caves, and geothermal hot springs. And speaking of which… 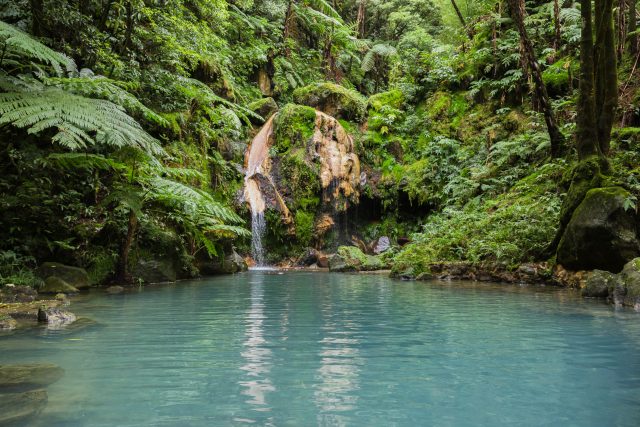 
The world over, where there’s vulcanism there’s naturally hot water, and the menu of thermal and/or mineral springs on São Miguel deserves special mention, where you can soak in pools, lagoons, waterfalls, and other bodies of water amid verdant greenery, oceanside, even in volcano calderas, with top destinations including Caldeira Velha, Termas da Ferraria, Termas de Poça da Dona Beija, and Parque Terra Nostra. 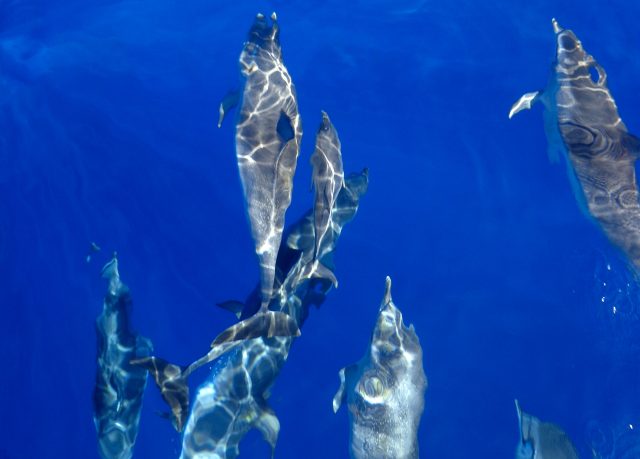 Sitting out here in the Atlantic, the crystalline waters of the Azores are still home to some of the world’s richest marine biodiversity, and furthermore feature interesting remnants from mostly Portuguese and Spanish shipwrecks dating back as far as the 16th century (another particularly notable wreck is that of the MV Dori cargo ship, which participated in the the D-Day invasion of Normandy in World War II and sank here in 1964). Particularly great spots include, on the south coast, Amora, Âncoras do Ilhéu, Fontes Hidrotermais (including underwater fumaroles), and the islet of Villa Franco, a collapsed volcano. 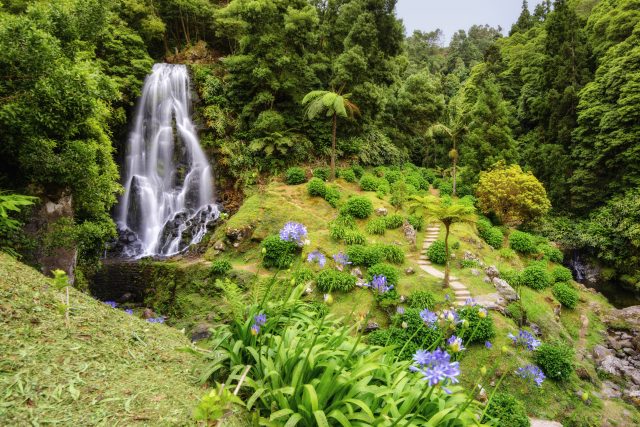 Also known as canyoneering, one especially exciting and increasingly popular way of exploring São Miguel’s more rugged terrain is signing onto a guided excursion through its ravines, gorges, canyons, and waterfalls by hiking, scrambling, sliding, jumping, chimneying, rappelling, and rafting (with the aid of helmet, harness, and ropes, of course, all provided by your outfitter).  One of the best places to do it is Ribeira dos Caldeirões National Park, and previous experience isn’t required – but if you have a fear of heights, this probably isn’t for you.  A variation on this theme, by the way, focusses on the rocks, gullies, sea caves, cliffs, and other formations found along sea costs. Coasteering involves swimming, jumping, diving, climbing – also guide led, with wetsuit and necessary gear also provided.

What a magical backdrop for soaring over São Miguel’s varied green landscapes and wild coasts with the immensity of the Atlantic beyond! This island has become one of the world’s foremost paragliding destinations, in part because it’s possible to do all year long (though summer remains the best time of year). The classic cross-country route connects Furnas, Lagão do Fogo, and Sete Cidades. And for more than 20 years there’s even been an annual Azores Paragliding Festival, held in August. Up, up, and away!

Exciting enough for you? If so, get your adrenaline flowing by booking a flight to São Miguel, and let the adventure begin! (And for more info on this fascinating archipelago, check out VisitAzores.com.