A mix of old and (mostly) new, Spain‘s capital is of course big, bustling, and exciting, day and night. But in the larger Madrid Community surrounding it, you’ll find a slower pace and the beauties of its nature and small towns which will delight you and provide a break from the big city. And the community’s tourism authorities have recently launched a programme called Towns of Madrid which showcases 11 rural charmers with lots of character and fewer than 20,000 inhabitants – and all within an easy drive or train ride (a couple of them even by Madrid Metro). 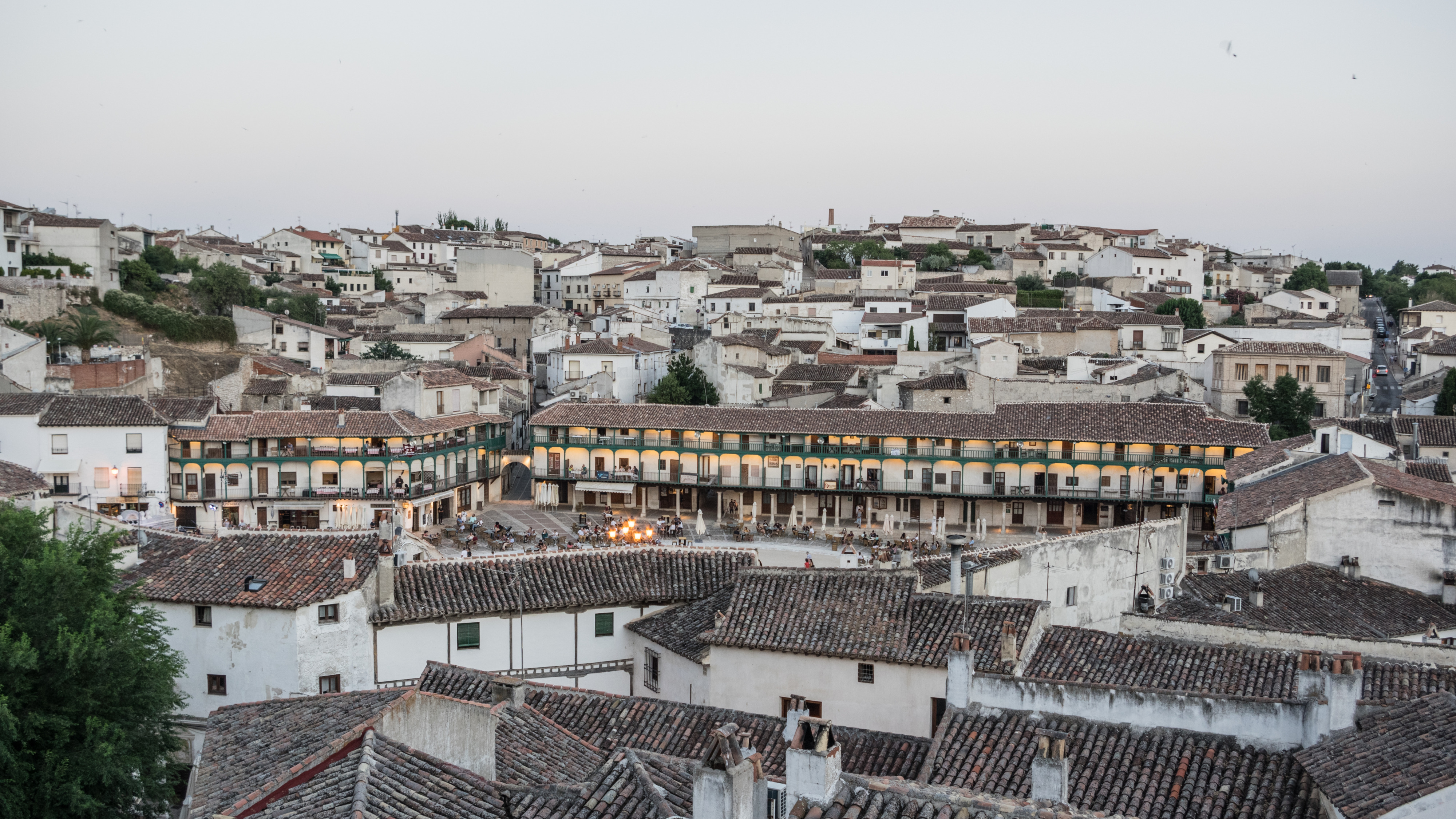 Space doesn’t allow us to go into detail about every single destination, but notable highlights include Chinchón with its picturesque Plaza Mayor (main square), surrounded by historic buildings with wooden balconies (many of them now occupied by restaurants or hostelries, making this town an excellent overnight base) and devoted to market stalls and the occasional bullfight.

Outstanding in Manzanares El Real, just under an hour north of Madrid, is the Mendoza Castle, the Madrid Community’s best preserved, dating back to the 15th century, as well as La Pedriza, a remarkable field of dramatic boulders set above a stream, and part of the Guadarrama Mountains National Park. A most relaxing package of history and nature!

Out west an hour away, alongside the provinces of both Ávila in Castile-León and Toledo in Castile-La Mancha, San Martín de Valdeiglesias is known for its own atmospheric castle, the 15th-century Castillo de Coracera, but also as a hub for winemaking, with some 18 wineries which welcome visitors.

In Buitrago del Lozoya, on a river-encircled peninsula an hour north, has a historic core that’s a bit like a trip back in time, being one of the very few in the Madrid Community still surrounded by its medieval walls, built by the Moors in the 11th century. Besides exploring this, the town is also home to the Picasso Museum – Eugenio Arias Collection, displaying 71 of the artist’s works gifted to a home-town boy who happened to be his barber when both were living in France. 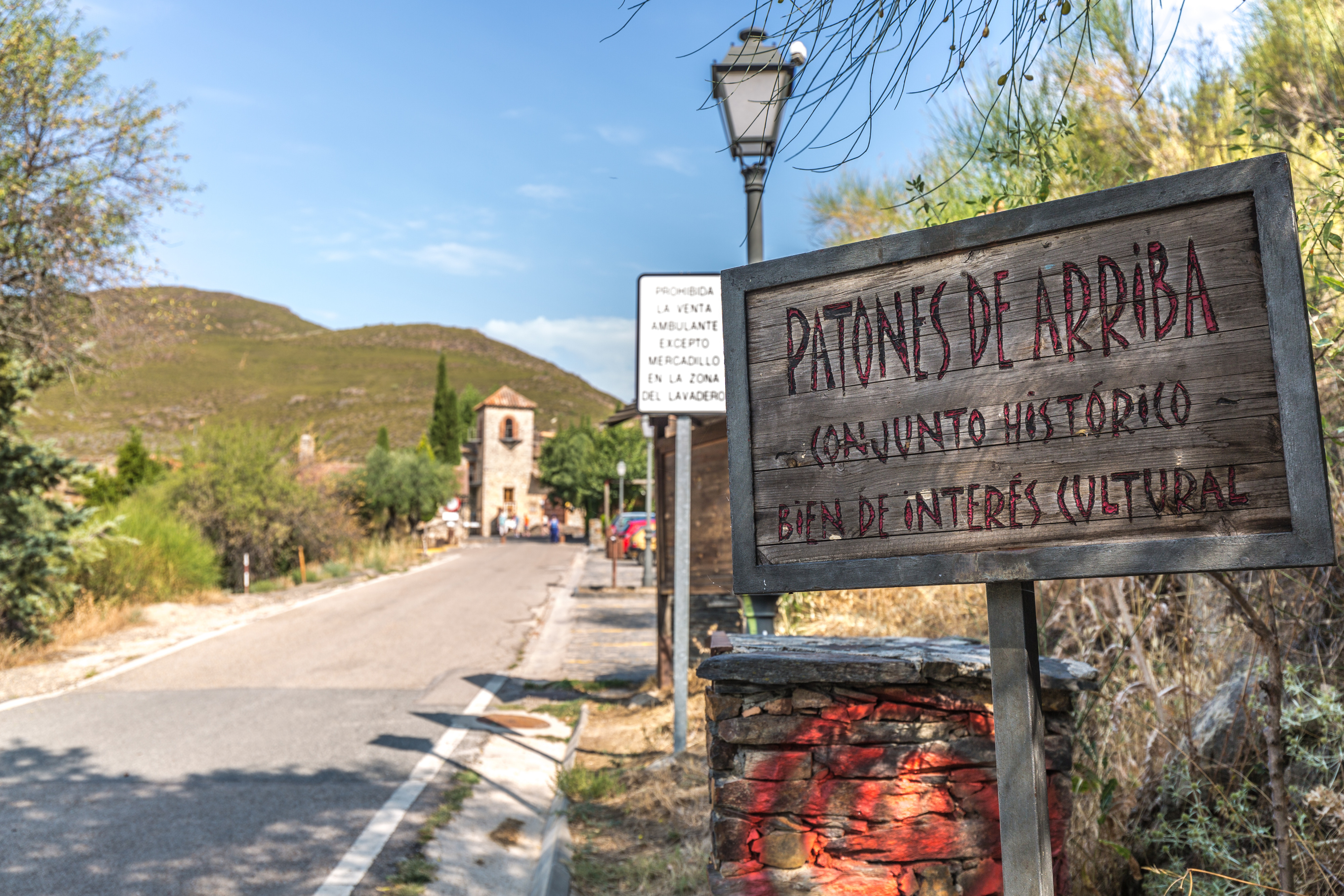 Nearby, also about an hour north, the tiny town of Patones (with fewer than than 600 souls) is notable for another time-capsule old quarter, Patones Arriba and its age-old “black architecture” of slate buildings and streets. You can also have a lovely hike through nature here along a trail called El Barranco, less than a kilometre (barely ⅔ of a mile) long.

Finally, up in the northwest of the community, just under an hour away as well, Torrelaguna boasts another fine old quarter, this one known for its Gothic architecture. Outstanding examples including the the 16th-century Convento  Franciscano as well as, from the 15th-century, the Church of Santa María Magdalena and the Hospital de la Santísima Trinidad (today home to a cultural centre hosting exhibitions and events).

So on your next visit to Spain’s capital, take a bit of time to get away from the skyscrapers and bustle, and enjoy a very different side of Madrid indeed!