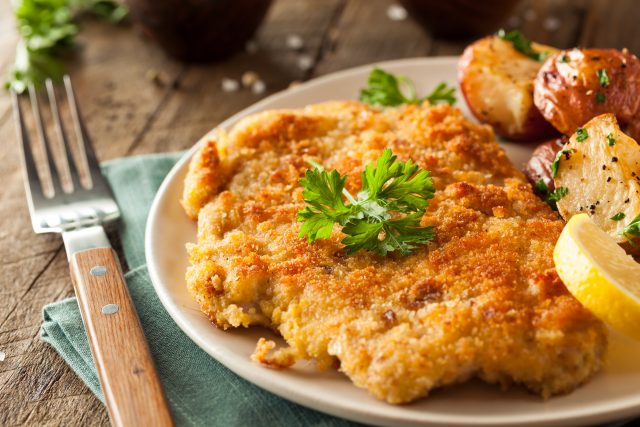 The country once at the heart of the largest and longest lived true empire in Europe, that of Austria-Hungary‘s Habsburg dynasty, over the centuries developed a unique and refined cuisine which 21st-century visitors love to enjoy, with influences drawn from German, Hungarian, Bohemian, and Italian, among others. One instantly recognizable dish which as become a staple on menus across the world is Wiener Schnitzel (top) – which the Austrians actually nicked from Milan‘s cotoletta alla milanese – that classic breaded veal steak fried in butter. But there’s a whole other groaning board of Austrian cuisine to sink your teeth into, of course!

Perhaps the best place to start is the wide variety of hearty soups, such as Rindsuppe (a clear broth with chunks of beef) and Frittatensuppe (beef soup with crepes cut in the shape of noodles).

Others include Tafelspitz (below), beef cooked in vegetable broth and cut into slices, accompanied by an apple-radish compote. 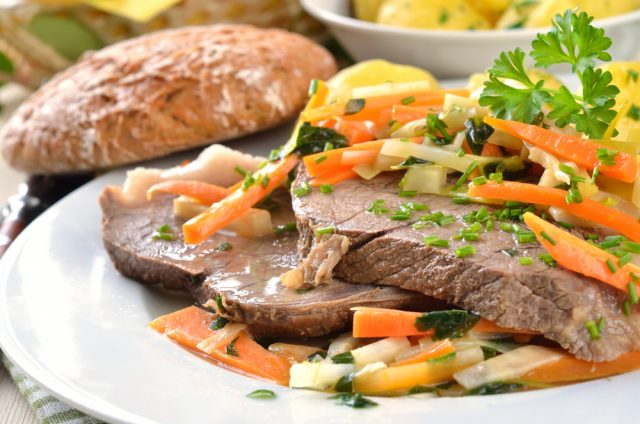 Schweinebraten, meanwhile, is roast pork seasoned with cumin and oven-baked until the skin is crispy, served with sauerkraut and potatoes or bread dumplings. We also find a local take on Hungarian goulash, beef stewed in onion, peppers, and black pepper.

For cheese lovers, Austria has a treat for you: liptauer, a creamy, slightly spicy spread made from sheepsmilk cheese (it can also be goatsmilk, farmer’s cheese, or cottage cheese) mixed with butter, salt, pepper, cumin, mustard, capers, and scallions. 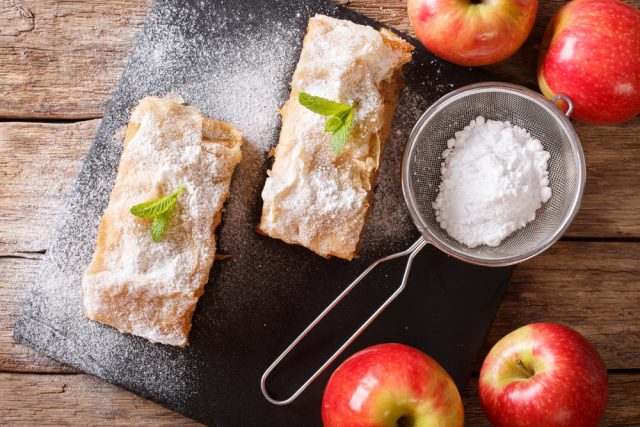 And when it comes to dessert, we all rightly think of flaky, apple-and-raisin-laden Apfelstrudel (above). You might also be interested to learn about Germknödel, a fluffy dumpling filled with spiced plum jam and served with melted butter and a mix of poppy seeds and sugar on top, and Palatschinken, crepes filled with apricot jam (and sometimes other sweet fillings) and dusted with powdered sugar. And of course Vienna is reknowned for its elegant pastry tradition, whose star is Sachertorte, with two layers of chocolate cake separated by apricot jam, then glazed with chocolate.

So to visit Austria is, among many other things, to be well and tastily fed. Come experience it with Iberia!