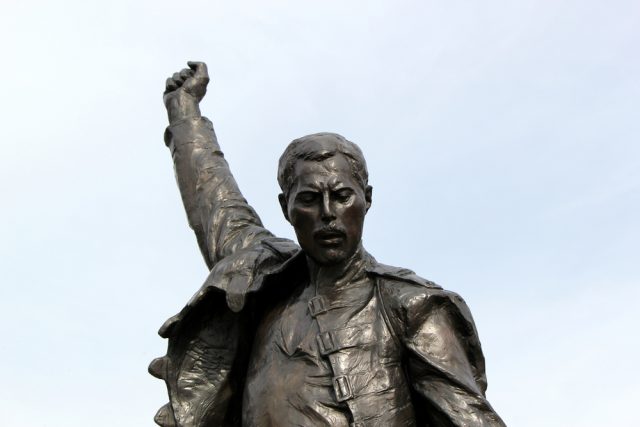 Switzerland is packed with charming towns and cities with a lot of history and traditional culture. But many of these also continue to generate cutting-edge culture today, and a great example is this city of 27,000 on the shores of Lake Geneva, where for example a statue of a man looms against the sky with his fist raised, set against an idyllic landscape of water and mountain. The man is Freddie Mercury, the legendary rocker whose story will hit the big screen this November 2 in Bohemian Rhapsody and who spent long stretches of time here, even buying a local recording studio (now open to the public as the Queen Studio Experience).

It’s all part of a distinguished musical and cultural history which stretches back at least two centuries and continues in the 21st with events like the Montreux Jazz Festival, whose 51st edition starts today and runs through 14 July.

An hour’s drive from Iberia destination Geneva, this compact city is known for its charming old quarter; its trio of castles, Chillon (below), Crêtes, and Châtelard; its Montreux Casino (the main venue for the jazz festival); and several historic grande-dame hotels. But it has long also been a favourite of writers and musicians, dating most notably back to the 19th century, when it was a stomping ground of Russian greats Petr Illych Tchaikovsky, Leo Tolstoy, and Fyodor Dostoyevsky.  They were followed by later compatriots Igor Stravinsky (who took refuge in neutral Switzerland during World War I) and Vladimir Nabokov (a resident from 1961 till his death in 1977 and has his own statue here). 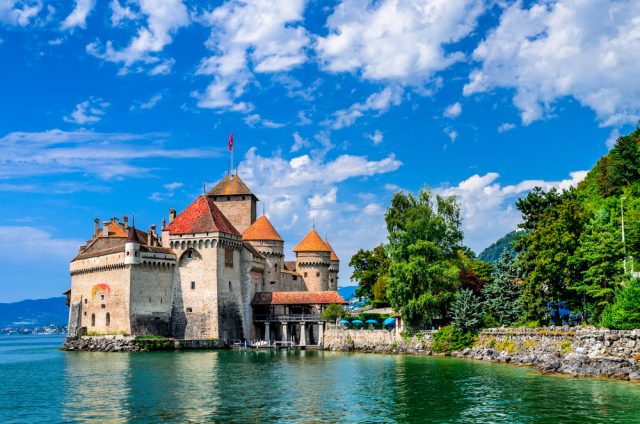 Another cultural icon closely associated with Montreux is film legend Charlie Chaplin, who lived here from 1953 till his death, also in 1977, after being hounded out of the United States by the anti-Communist hysteria of the Joseph McCarthy era (today his residence in nearby Corsier-sur-Vevey, is a museum, Chaplin’s World). Others included Ernest Hemingway, Austrian painter/writer Oskar Kokotscha, and more recently David Bowie, Shania Twain, and Joan Sutherland.

Originally thought of as a jazz-only event, in its early years the festival featured artists such as Miles Davis, Keith Jarrett, Nina Simone, and Ella Fitzgerald. In more recent decades it has welcomed other styles, but jazz always remained the main ingredient. In 1978, Mercury was invited to participate in the festival, coming out that same year with Jazz, one of Queen‘s most eclectic albums. This year’s lineup include Iggy Pop, Charlotte Gainsbourg, Deep Purple, Billy Idol, Gilberto Gil, and Nine Inch Nails.

There’s definitely something about Montreux – something that draws some of the world’s top creative talents to its shores. Come find out what it is.