In advance of the International Tourism Trade Fair (Fitur) in Madrid from 18 to 24 January – the premier event of its type with a focus on technology, sustainability, and the future – Iberia and Spain’s tourism marketing agency Turespaña just jointly presented the launch of a campaign aimed at the nearly seven million travellers who fly between the Americas and Europe with our airline. 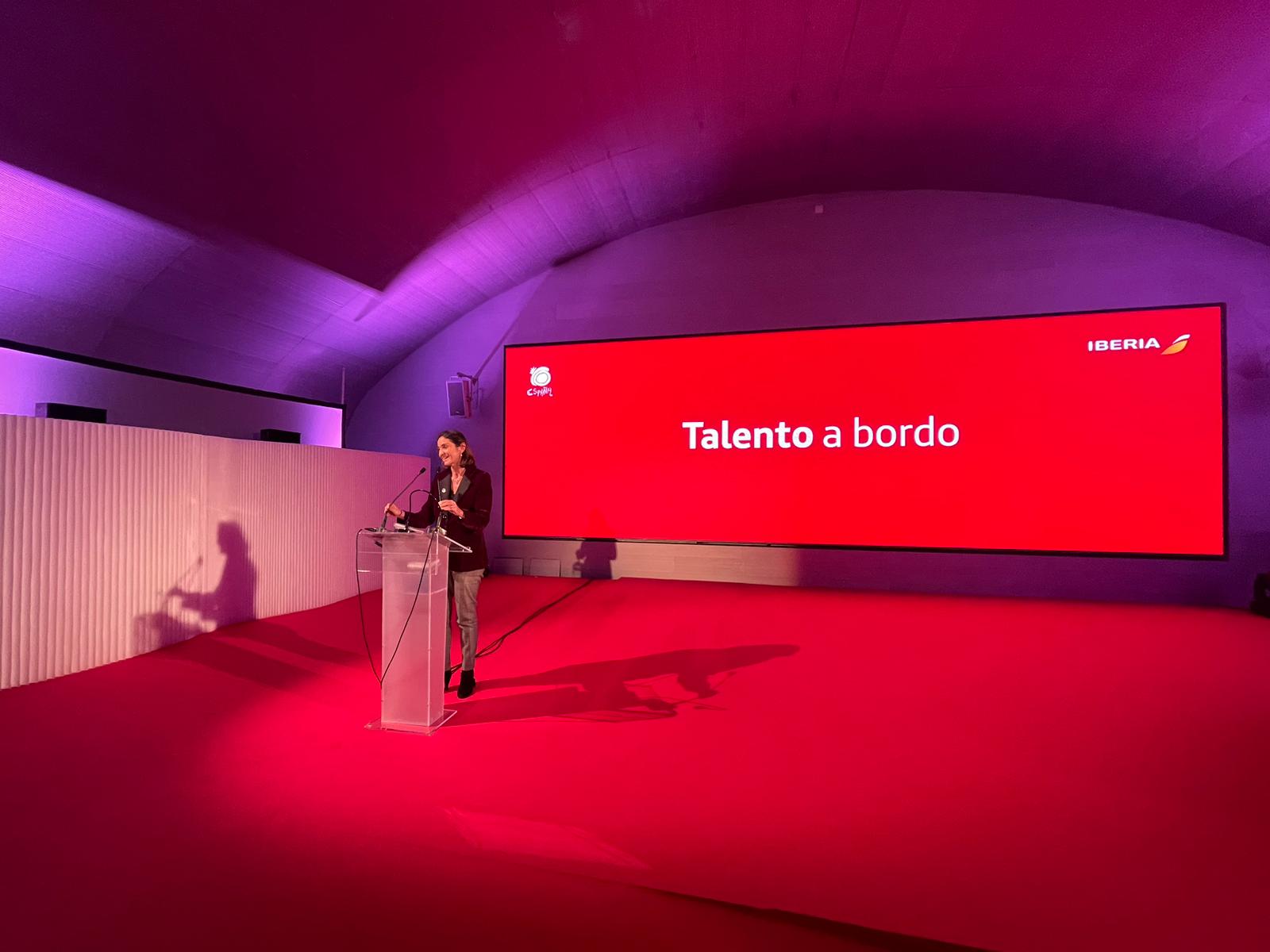 Called Talento A Bordo (Talent Onboard), this project meant for Iberia’s long-haul international flights – as was underscored by Miguel Sanz (director of Turespaña), Juan Cierco (Iberia’s corporate director), and Gemma Juncá (Iberia’s brand and marketing director) – is the result of a great deal of work throughout 2022, and its aim is to convey the best of our country to the world at large. 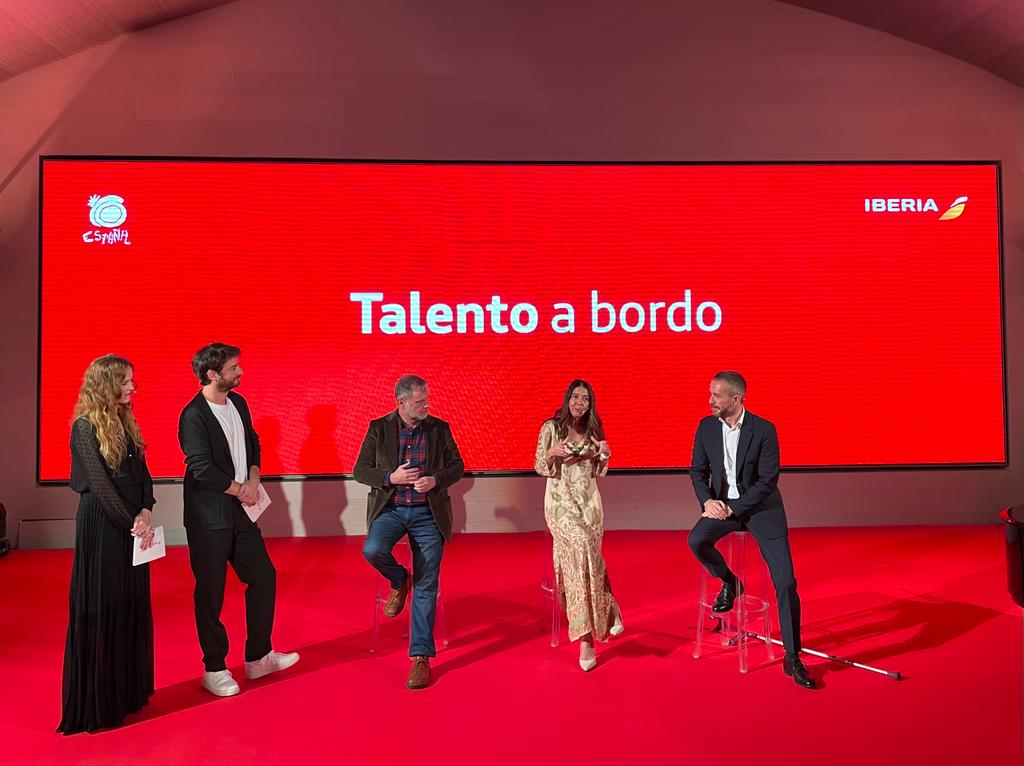 One of the most visible parts of this concept is the new inflight safety video, produced in collaboration with Turespaña, will be shown on our jetliners serving routes between Spain and the Americas, a total of 26 destinations in 17 countries – including among others, Argentina, Colombia, Mexico, and the United States – thus reaching millions of passengers who fly to Spain annually.

This video, as Miguel Sanz noted, “reflects the diversity and richness of our land, its natural landscapes and vibrant cities from north to south, as well as its islands, coasts, and interior less explored by visitors. All of them places to enjoy memorable experiences”.

In addition to surveying the varying richness of Spain’s cities, towns, and countryside, the video is packed with Spanish talent from various fields, all participants in Talent Aboard since it was first launched in 2019 with the aim of supporting the many talents of Spain as well as others in the Spanish language, all aligned with the overarching brand purpose of connecting people and cultures, and all with a Spanish accent. As Iberia’s president Javier Sánchez Prieto explained, “We always say that the Spanish language is our most loyal passenger, which flies with us everywhere, helps us reinforce our ties with Latin America, and is our main token of identity”. Talent Onboard is a project which frames our work with the talents featured in it, as well as with many other people and institutions”.

As part of this project, Iberia has supported more than a hundred cultural, sporting, and I+D+i initiatives, always a proud ambassador of Brand Spain. Commented Gemma Juncá, “After three years marked by the pandemic, we’ll give a new push to our Talent Onboard Project, because it’s without a doubt another way of fulfilling Iberia’s purpose. being comprehensive, inclusive, upholding the best of the cultura and language we have in common with Latin America”..

To that end, luminaries appearing in the videos include three who were on hand the other night at the Matedero, Teresa Helbig, Niko Shera, and Ray Zapata, along with actress Itziar Ituño, singer Rozalén, painter Pedro Paricio, competitive sailor Silvia Más, chef Dabiz Muñoz, and multimedia artist Suso33.

The idea is to inform passengers about all the onboard safety measures – both preventive and those to follow in case of emergency – using these well known personalities, who appear from various parts of Spain: Madrid, Toledo, Santiago de Compostela, Finisterre (Galicia), Lanzarote, Barcelona, Granada, Majorca, and Valencia.

In addition to being played before each flight, the video will also receive exposure in this Iberia/Turespaña campaign on outdoor media in the locations where it was shot, as well as on both companies’ social media channels.

The latest talent to become part of the project is Julieta Venegas, who closed out the evento with a bravura performance. 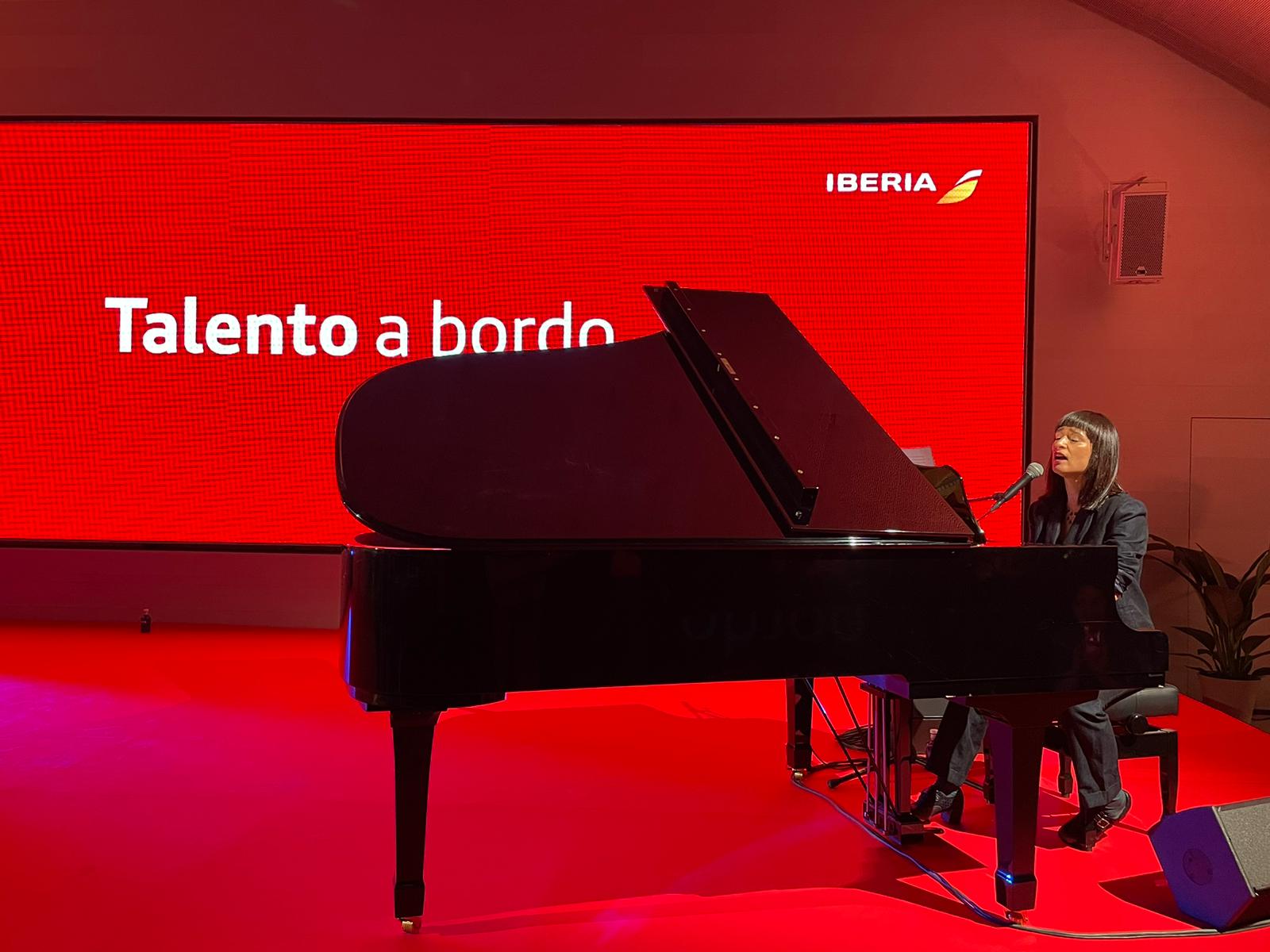 New talents, new destinations, new messages. Would you accompany us on this journey?