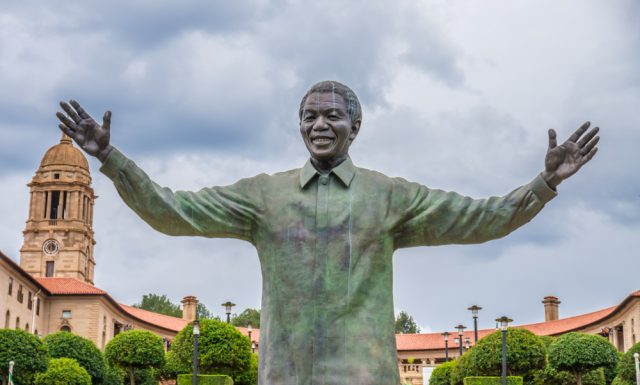 Quick, what’s the capital of the Rainbow Nation?  It’s certainly understandable if you immediately thought Johannesburg. And if Cape Town came to mind, you’re partly right – it is, after all, the seat of parliament. But the country’s president and the rest of the executive branch and administration are based in a rather smaller city (pop. 742,000, metro area 2.9 million) just an hour north of Joburg.

Personally, I’d heard of Pretoria way before the other two, thanks to, of all things, a British army marching song from the Second Boer War of 1900, which we were for some reason made to sing as U.S. schoolchildren in the 1960s:

Yet as popular as South Africa has become with travellers now in the 21st century, its administrative capital is often overlooked. If you have the time to spare, or are up for an interesting day trip from Joburg, or are contemplating a second visit, this largely gracious, still fairly sedate city is well worth your time. And its important to remember that in democratic post-apartheid South Africa it was reschristened Tshwane (from the Setswana language), since the name dating back to its 1855 founding came from Andries Pretorius – leader of the Boers (forbears of today’s white Afrikaners and a figure poorly regarded by this country’s non-white majority, to say the least). Nonetheless, most outside SA – and frankly, not a few inside, since the change was so recent, just over a decade ago – still know it as Pretoria.

But whatever you call it, it’s packed with historic architecture; fascinating museums and monuments; and also an increasingly vibrant, youthful, and multicultural scene that’s gradually been bringing Pretoria out of its traditional Afrikaner conservative shell over the past few years (and fun fact: the world’s most famous living Pretorians are one Elon Musk and one Oscar Pistorius). 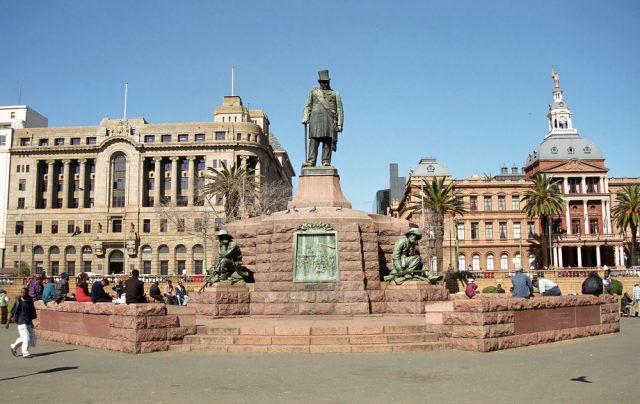 So what’s on the must-see list in Pretoria aka Tshwane? Best start with its core, Church Square (above), dating back to the founding with distinguished Victorian-era architecture including the 1890 Ou Raadsaal (parliament of the Transvaal Republic which preceded South Africa) and the 1897 Palace of Justice (where visitors can see prison cells and the courtroom where Nelson Mandela and his compatriots were sentenced to life in 1964); and at the centre of the lawn, the top-hatted statue of “the Old Lion”, Paul Kruger the larger-than-life president of South Africa during the last 17 years of the 19th century. Speaking of whom, it’s worth a visit to the Kruger House Museum (1884), a time capsule of the Old Lion’s life and times. Meanwhile, a later national prime minister, before and during World War II, is the focus at the Jan Smuts House.  Free walking tours of downtown are run by a cultural/urban renewal collective called 012Central.

Museum mavens will have their dance cards full, with more than a dozen fine ones to investigate, most notably the Museum of Anthropology and Archaeology;  the Museum of Natural History (with some of the oldest hominid fossils known to man); the Pretoria Art Museum, specialising in South African artists; and the Museum of Cultural History, underscoring digging under “black”, “white”, and “Indian” to underscore various SA’s diverse cultures and languages, including Zulu, Xhosa, Sesotho, and Ndebele. The University of Pretoria also operates several interesting collections, such as the Old Merensky with its fine sculptures and the Old Arts Building, including the Mapungubwe Collection, whose star is a trove of gold treasure from the eponymous 11th- to 13th-century kingdom in the extreme south of present-day Zimbabwe. 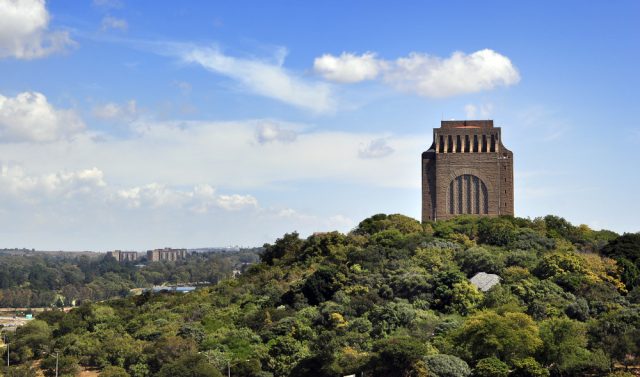 Back to Pretoria’s status as national capital, up on a hill overlooking its manicured gardens and the city below, you’ll want to have a look at the administration’s seat, the 105-year-old sandstone Union Buildings, which a few of you might remember from the moving 2009 film Invictus; Mandela’s statue (top) is a favourite spot for selfies/photo ops). A bit farther out in the city’s suburbs/outskirts, you’ll find a number of other noteworthy attractions, starting with Freedom Park, commemorating South Africa’s war dead as well as heroes of the anti-apartheid and some international liberation struggles. And harking back to the city’s early history, the blocky, fortresslike Voortrekker Monument, inaugurated in 1949 to commemorate the Boers who fled the British nearly a century earlier in South Africa’s Cape and founded Pretoria; among other things it features the world’s largest granite frieze.

The 119-year-old National Zoo – at 85 hectares (210 acres) also the country’s largest – is not surprisingly home to a wealth of African wildlife, more than 9,000 animals of more than 700 species. Meanwhile, the 76-ha. (188-acre) National Botanical Garden provides a comparable glimpse at the fauna of southern Africa.

Also out here is a quartet of forts dating back to the Second Boer War of 1900, three of which two are open to the public, Fort Klapperkop, Fort Schanskop, and Fort Wonderboomport., with displays relating to military history of the time. To get another perspective on Pretoria’s outskirts, hop aboard the historic Tshwane Explorer  steam train from Hermanstad Station, a short drive from the zoo. And finally, you can catch some game spotting in a handful of nature preserves, Dinokeng (18,000 ha./69 square miles), Faerie Glen (128 ha./316 acres), Groenkoof (the oldest in Africa, 600 ha./2 1/3 sq. mi.), Rietvlei (a particular favourite, at 4,000 ha./15 sq. mi.), and Wonderboom (really just a grove, a mere 1 sq km/2½ sq. mi.). 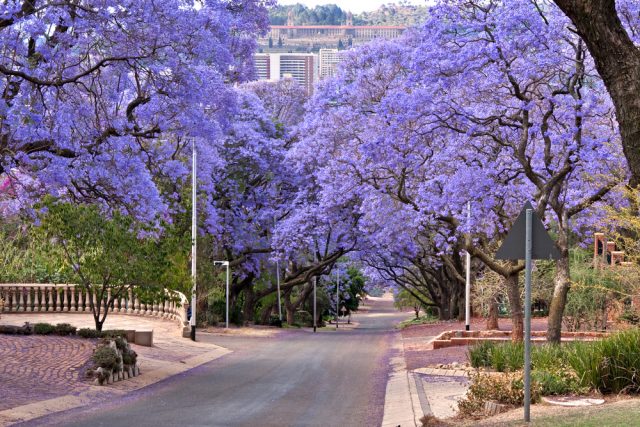 Beyond all that, as I mentioned before, these days there’s also some pretty good nightlife and cultural ferment to be enjoyed here in “P-Town”, along with some very appealing spots for a feed, from down home to very upmarket indeed. For starters, in the central Hatfield district, student-fueled after-dark eateries, bars, and clubs cluster around Hatfield Square, while there’s another cool going-out strip over in Sunnyside.

A final note: if all the above has intrigued you with the idea of visiting, try to do so June through October, when thousands of jacarandas burst into glorious purple bloom!

Pretoria/Tshwane is, by the way, a two-hour flight from Cape Town. More info: Gauteng.net, Pretoria.co.za, SouthAfrica.net.