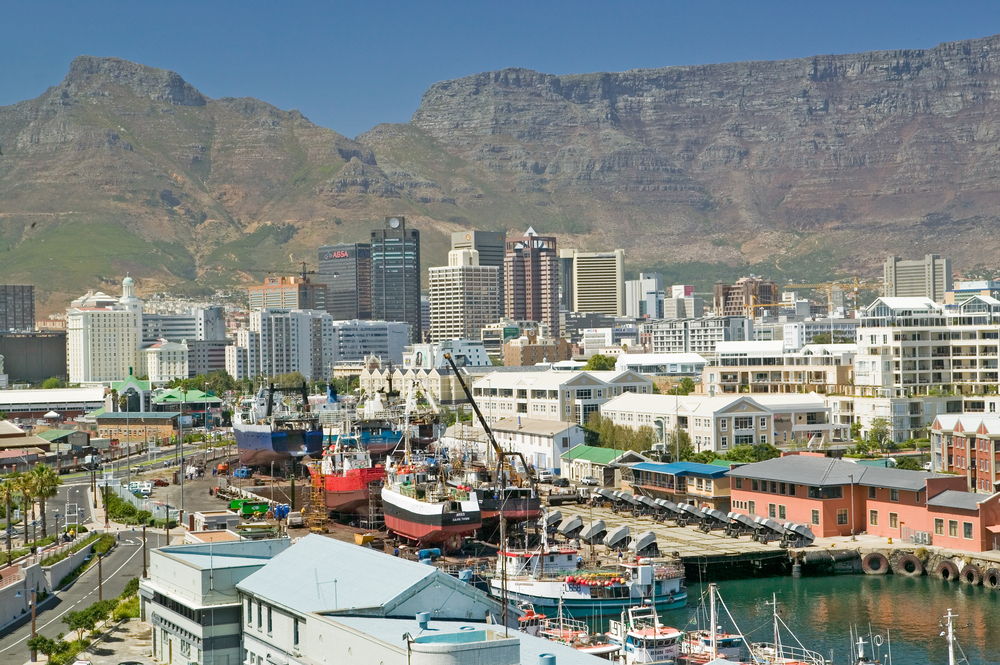 Africa is of course a mighty big continent, but in all its vastness I can’t think of any other city that serves visitors anything like the heady cocktail that is Cape Town, South Africa: a vibrant, progressive, multicultural metropolis with fantastic historic sights, dining, hotels, entertainment, and shopping, all against a backdrop of spectacular natural beauty and with equally mesmerising sights and experiences within easy reach of the city. Not for nothing has it become the continent’s most popular tourist destination. Founded in 1652 by the Dutch East India Company near the tip of southern Africa, in the shadow of of flat-topped Table Mountain, South Africa’s “Mother City“, today its second largest (pop. 434,000, greater metro 3.7 million), the seaside setting here truly is breathtaking, and the mountain itself a major attraction. A rotating cable car gets you up to the top, from where you can see, as the Who famously put it, for miles and miles and miles and miles and miles (plus you can also do a litle spot of wildlife-watching, such as the cute little guinea piglike rock hyraxes scurrying around).

Back down at ground level, the inner city is Cape Town’s historic core, its oldest building the 17th-century Castle of Good Hope, a onetime administration centre that these days is home to exhibitions of art, military history, and antique furniture. Also here is, for example, the Edwardian City Hall; Company’s Garden, a small botanic garden with roots (as it were) as a vegetable garden dating back to the city’s founding; Church Square, with South Africa’s most famous church, the Groote Kerk, and the Slave Lodge, with exhibitions on slavery, apartheid, and racism; and the National Gallery features mostly British, Dutch, Flemish, and of course South African paintings, sculpture, and other work from the 19th century onward.

Above city centre, on Signal Hill, another fascinating area of town is Bo-Kaap (above) which when I first visited in the late 1990s was still referred to as the Malay Quarter. Perhaps the city’s most distinctive areas, with their cobblestone streets and brightly-coloured houses, it was the centre of ‘Cape Malay‘ culture, referring to both immigrants and slaves from not just Malaysia but Indonesia, India, and elsewhere in Asia and Africa (and now is a gentrified and highly desireable place to live). Here you’ll find an interesting museum, the historic Nurul Islam Mosque (1844), and a charming handful of boutique hotels, and exquisite restaurants specialising in exotic Cape Malay cuisine (such as Bo-Kaap Kombuis and Biesmiellah). Right below it is a slightly less brightly coloured but similarly picturesque neighbourhood called De Waterkant, even a bit more gentrified and commercialised (and also something of a ‘gaybourhood‘, with several LGBT nightspots).

Then of course we can’t forget Robben Island offshore, once a leper colony, mental institution, and military base, but most famously a prison that where political prisoners opposing apartheid were held, most famously Nelson Mandela. Now a museum, it’s an absolute must for visitors to Cape Town.

Other worthwhile attractions include the Kirstenbosch National Botanic Gardens, planted with endemic South African flora at the foot of Table Mountain and extending partway up its slopes, and a more recent attraction developed from a once derelict dock area, the V&A Waterfront is a popular shopping, dining, and entertainment complex that includes a world-class aquarium, and several interesting museums including one devoted to South Africa’s national sport, rugby, and its iconic team, the Springboks.

South Africa has of course made a huge progress since the bad old days of apartheid, but there’s still a long way to go for much of the black population, and you can get a good sense of that with a tour of the city’s poor outlying townships with reputable companies like Vamos and Siviwe Tours. 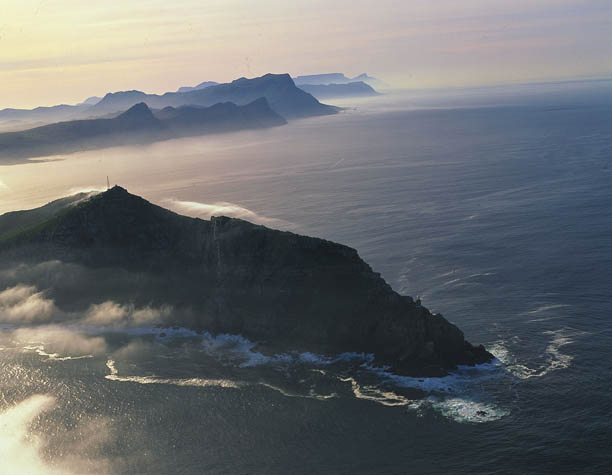 Finally, anyone visiting should try to build in time for one or more marvelous side trips. There are marvelous South African beaches just outside the city (in one, Boulders Beach, I was unspeakably charmed by a colony of adorable African penguins), but if I really had to narrow them down, top of my list would be the Cape of Good Hope and Cape Point (above), a few miles southeast of the city – an area of rocky national parkland with very much of a “land’s end” kind of feel and wildlife including baboons, ostriches, and antelopes. The other top out-of-town excursion in my book is the Cape Winelands, one of the world’s distinguished wine country destinations, with its most prominent town Stellenbosch – the entire experience highly recommended not just for winos but for foodies.

Beyond the Mother City, of course, lies all of South Africa itself, including Kruger Park and other game reserves, Johannesburg, Pretoria, Durban, the Drakensberg, and much, much more – and it’s a country that could keep you busy for weeks if not months. But whether part of a larger country tour or a one-off visit, Cape Town is one for the proverbial bucket list.