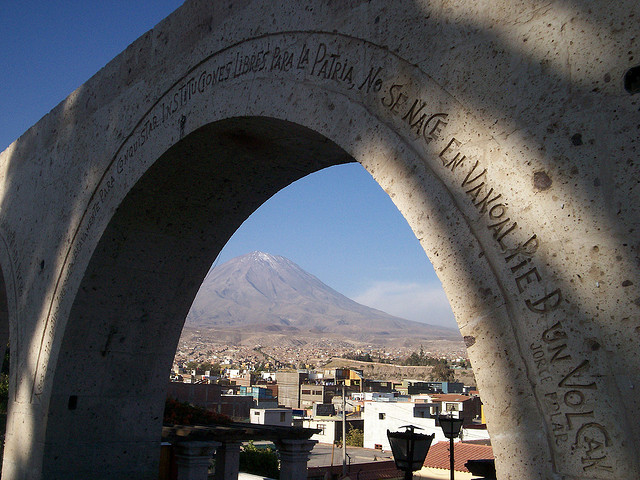 
When we think of Peru, Machu Picchu and Cuzco, along with Lima, are usually the first places to spring to mind. But many are this country’s alluring destinations, and none more so than its second city, Arequipa, in the deep south, at the edge of the Altiplano highlands. If the capital is stress, hurry, and humidity, Arequipa is the opposite – relatively tranquil; with a crisp, sunny climate (more than 300 days of sunshine per year); rugged countryside punctuated by the trio of snow-capped volcanoes Chachani, Pichu Pichu, and Misti; and a historic old town built from pale blocks of volcanic “sillar” stone responsible for earning this UNESCO World Heritage Site the nickname “the White City.”

In that old quarter, founded in 1540, mostly silence pervades its core San Lázaro district, with its plazas, lanes, alleys, and colonial buildings great and small. Incredible photo ops crop up at every turn, but no place more so than the bridge next to the Church of San Lázaro. Then suddenly the Plaza de Armas comes into view, a square majestic with its 16th-century cathedral (below, reconstructed after being badly damaged by a 2001 earthquake). 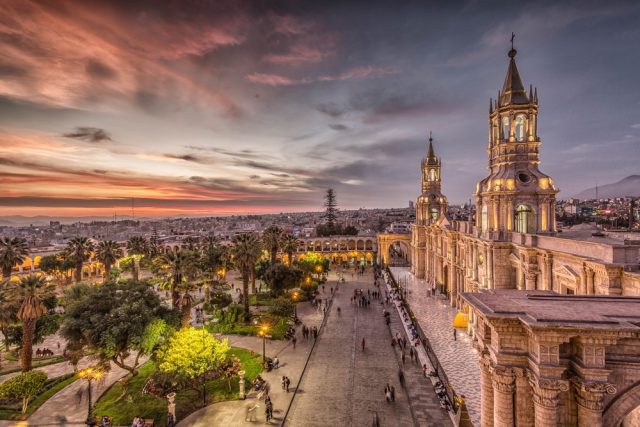 You could spend days wandering through the colonial manors alone that abound here. Some of the most famous are the 17th-century Goyeneche Palace and the 18th-century Baroque Casa del Moral and House of Tristán del Pozo. Churches are also plentiful and fascinating, with two highlights including Santa Teresa and the Jesuit Iglesia de la Compañía.

On your perambulations around the White City, another monument worth noting is the 16th-century Dominican Santa Catalina Monastery, which isn’t your average nunnery but a veritable city within a city, where you can spend hours roaming plazas with fountains and singing birds, and streets with arches and streetlamps. Many of these streets are named after cities in Andalusia, Spain (in fact, at times you will definitely feel like you could be in Seville, Córdoba, or Granada). This is still an active convent, and the resident sisters will be happy to sell you some of the products they make, such as parsley soap (blessedly great, they say, for oily skin).

To get the flavour of some of today’s local life and commerce in action,  I recommend a visit to the Mercado de San Camilo, also in the old town, some five blocks from Plaza de Armas, where many of the locals come to shop for produce and other items. It’s great for people watching, more photo ops, and street food. And speaking of food, visitors will want to try local specialties such as rocoto relleno (a spicy red pepper stuffed with a seasoned mix of beef and cheese) and ocopa (potatoes with a sauce made from chilis, cheese, peanuts, and onions). 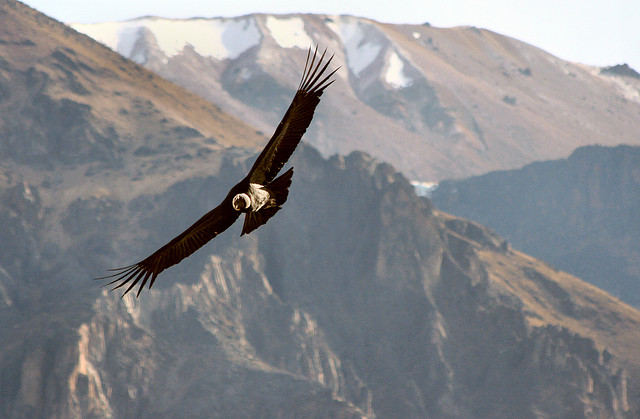 There’s a significant ecotourism side to Arequipa, too. Some 160 kilometres (96 miles) outside the city is one of the country’s great eco destinations, the Colca Canyon, where from the Mirador Cruz del Cóndor, at an altitude of more than 3,000 metres (almost 10,000 feet), you feel practically like you’re flying yourself even while enormous condors wheel above your head. Then, too, there’s water to entertain you – whether with adrenaline, in whitewater rafting on the Colca River, or relaxing in the warm thermal baths of Yura, 27 km (16 miles) from Arequipa.