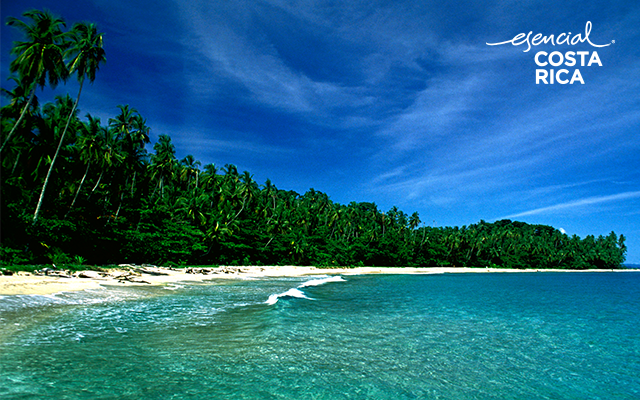 There’s a good reason why Costa Rica is still Central America‘s ecotourism powerhouse. This progressive paradise breathes nature through its beaches, rivers, mountains, and jungles, and offers visitors perhaps the widest menu of natural offerings in all of Latin America, and from delightfully budget to amazingly upmarket, for solo travellers or those travelling with significant others, friends, and families.

Start, of course, with the Costa Rica beaches of both its Pacific and Caribbean coasts. There are plenty of full-service options on both coasts, of course, but if your image of a castaway beach includes a spell with your nearest and dearest on white, nearly deserted sands, drinking in gentle tropical breezes and a glorious sunset, well, you’ve come to the right place, too.

Top choices on the Pacific side include Guanacaste‘s Tamarindo (busy, and especially popular with surfers); less crowded Sámara down the coast; and even more off-the-beaten-path Montezuma and Malpaís. Over on the Caribbean the beaches in and around Puerto Viejo and Cahuita. Several on both coasts also offer the truly amazing experience throughout several months of the year of witnessing sea turtle nestings and hatchings.

And though the country continues to be beloved of backpackers and budget travellers, these days luxury abounds from coast to coast, from small boutique properties to grand holiday resorts; you’ll find a goodly number of the latter, for example, on Guanacaste’s Papagayo Peninsula.

And on the foodie front, too, plenty of elegant options will delight even the most demanding palates, from tourist centres (one of my favourites is the restaurant of the Baldi hot springs hotel in the Central Valley‘s Arenal/La Fortuna area, another is the dining room of the Valley’s exquisite boutique Finca Rosa Blanca resort) to capital San José (don’t miss Le Monastère, on the outskirts with lovely nighttime views over the city and out to the Pacific).

Many spots are especially focussed on your rest and relaxation, as well. Apart from the blissful unplugging and simple pleasures of solitary walks on the beach or listening to the evening sounds of the jungle at an eco lodge, a number of fine spots offer marvelous amenities such as wellness and yoga programmes, and a few even feature hot springs on property or nearby in which to soak your cares away amidst tropical lushness; one excellent example offering both is Arenal’s Tabacón Grand Spa Thermal Resort.

Then of course there are the innumerable eco experiences at hand, in a small country with one of the world’s highest levels of biodiversity. Apart from the aforementioned marine turtles and eco lodges (especially in Tortuguero and elsewhere along around the Caribbean coast, as well as the Osa Peninsula), there are various nature sanctuaries of various sizes. A few are small – for example, one for sloths near Cahuita on the Caribbean coast, a quite a few others for exotic butterflies and frogs.  Larger ones very much worth a visit include Corcovado down in the Osa, the misty Monteverde Cloud Forest, and Carara on the Pacific coast (famous for its scarlet macaws and crocodiles).

And waterfalls? Head to the Celeste River near Arenal; a spectacular series near Montezuma on the Pacific coast; and the one on Mount Chirripó, several hours’ drive south of San José, which thanks to its proximity to this 3,700-m (nearly 12,300-ft.) peak is the country’s highest, with both coasts visible from up here. Some of them you can swim under, jump off, or with adventure tour operators even climb or rapel down!

Another key feature of Costa Rica ecotourism is the country’s several volcanoes both dormant and active, starting with Arenal, where you can see flowing lava, and Rincón de la Vieja in north Guanacaste, with its bubbling mud pools. Another not to miss when it reopens is Poás (after several recent eruptions), some 2,708 m (8,885 ft) above sea level, with an enormous circumference, impressive fumaroles, and wonderful nearby hiking trails.

A favourite expression of Costa Ricans is “pura vida” (pure life), and once you experience even some of what this lovely Central American country has to offer, you’ll undoubtedly agree wholeheartedly!