Generations of collectors as well as just folks around the world have graced their living rooms and various other parts of their abodes with slim, graceful Lladró porcelain figurines, all made in Tavernes Blanques, a town on the outskirts of Valencia.

Founded by three brothers in 1953, by the 1960s Lladró had become something of a fad in the United States, and in the decades since has not only remained relevant both there and in Spain, but has also become achieved a measure of popularity in Europe (especially the U.K. and Germany, both countries with a strong decorative porcelain tradition – such as Wedgwood in the former and Hummel in the latter). 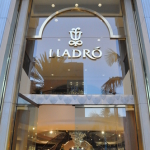 Now helmed by the second-generation Rosa Lladró, the popularity of this middlebrow brand has had its ups and downs over in its 63-year history, but especially in the past decade, it has gone the extra mile to maintain the balance of tradition and innovation that have kept it relevant and added new fans even as it kept pleasing its traditional devotés. That has included bringing in “name brand” designers and artists such as Paul Smith and Tim Biskup, as well as adding both new products (such as chandeliers, lamps, and sconces, added in 2013, as well as jewelry and even perfumes), styles (such as the “Dazzle” collection, added that same year, which is certainly striking if not quite dazzling, in its black-and-white shapes and stripes), and themes. 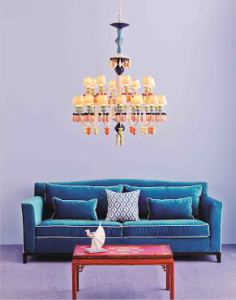 Especially these days, pieces do vary enormously, ranging from relatively simple monochromatic and single-element figurines to elaborate, colourful set pieces like Cleopatra’s barge or Cinderella’s carriage, as well as, nowadays, enormous chandeliers; sometimes they’re mass produced, while others may be very limited editions or even one-offs. Prices range from as little as 150 euros to more than 30,000.

As collectibles, monetary appreciation of pieces has certainly varied considerably (though some of the more impressive instances have reached as high as a factor of ten over 30 years) . But millions around the world have long appreciated Lladró as a presence in their homes that’s been variously sweet, romantic, sentimental – and more lately in some instances also avant-garde and even edgy.

Come to think of it, not too bad as ambassadors for Spain go, actually!