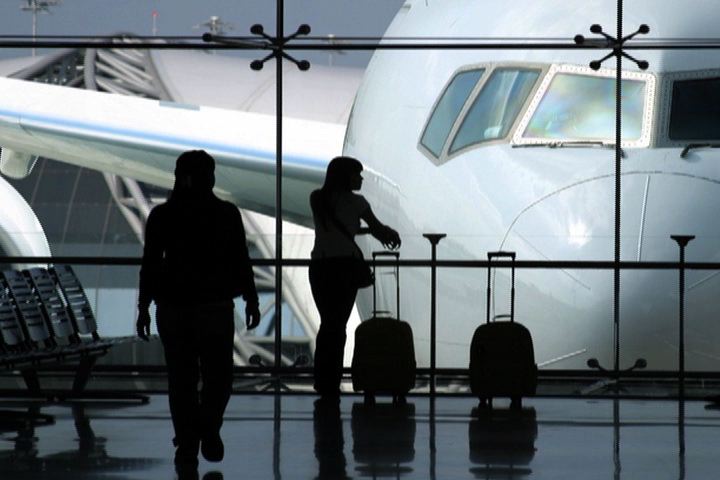 With fear of flying a not-uncommon affliction, there is a lot of advice floating around out there on how to overcome it. But a good percentage of the afflicted, despite “trying everything”, have still found no relief, and they believe they cannot be helped.

What do fearful fliers seek relief from? As I explained in my first post, some cannot free their mind from thoughts that, if they fly, their plane will be the rare one that crashes. Others are troubled by something that past experience tells them is certain: that if they fly they will experience high anxiety, claustrophobia, or panic. Where do fearful fliers seek relief and why do they fail to find it?

Organised courses began around 1975. Basically, they reassured anxious fliers that flying is safe because backup systems take over in cause of mechanical failure, and warning systems prevent pilot error. At the end of the course, they were given an opportunity to fly as a group. To prepare for their flight, they visited a parked airliner. There they practised the relaxation exercises they were told would control their feelings during the flight.

Current courses of this type – though shorter – claim success rates as high as 98 percent. However, they neither define “success” nor disclose how it is measured. Typically, every participant who takes the “graduation flight” is counted as a success regardless of his or her emotional state. Here is what a person who was counted as a “success” commented on an online forum:

I was amazed at how many people were there on the day and the camaraderie was great. I was reassured to a certain extent and was ok on the trial flight at the end. It definitely wasn’t a cure though. I’m a bit suss [sic] as to where they get their success rates from because they never asked me after the day if I felt it had helped.

When attempting to fly on their own, most course participants who were concerned about physical safety find relief; most are able to fly confidently. But those seeking help for high anxiety, claustrophobia, or panic are not relieved. Without the support of their group and constant reassurance by a pilot (as on the “graduation flight”) a post-course study showed 13 percent were still unable to fly. Of those who were able to fly, 85 percent had difficulty maintaining emotional control. Only 15 percent flew with low anxiety.

Pilots who conduct fear-of-flying courses are comfortable with the fact that crashes are possible but rare. Anxious fliers, though, are not comfortable with “rare”. They need safety to be 100 percent. Otherwise, to feel safe, they need to be in control, or to able to escape.

Just as in 1975, courses today tell clients they can control fear by using breathing/relaxation exercises. Though these exercises can reduce stress on the ground, they do not stop – or oftentimes even reduce – fear in the air. This is due to a situation unique to flight. In turbulence, stress hormones are released by completely automatic, unconscious processes each time the plane drops.

Though breathing/relaxation exercises are ineffective in turbulence, therapists and pilots continue telling anxious fliers to rely on them. One so-called expert says, “If you breathe, you have fear of flying 70-percent licked”. Such claims only set anxious fliers up for failure. The result is high anxiety, panic, or even terror.

People are drawn in by claims of nearly universal success who cannot be helped by these courses. No mention is made that the courses do little if anything to relieve claustrophobia or stop in-flight panic. Those hoping to establish in-flight emotional control may be emotionally damaged when they fail to do what course sponsors imply 98 percent of anxious fliers can do.

Here’s an example from a lady in Dublin of what panic sufferers end up concluding:

I tried several fear of flying courses… I’ve tried tablets, alcohol, medication and hypnotherapy and still nothing, I really wish I could fly but I think flying just isn’t for some people.

Cognitive behavioural therapy is the therapy most often use by professionals, and approaches the in-flight panic problem by assuring clients panic will do them no physical harm, and they need to learn to tolerate it. In some cases, anxious fliers are asked to focus on their symptoms diligently so as to pick up early signs of stress. Some therapists take the opposite approach and ask clients to stay focused on something other than the flight.

It’s one thing to ask a client to tolerate panic, and quite another thing to ask the client to endure terror. When stress hormones rise high enough, it becomes impossible to separate what’s real from what’s imaginary. In-flight terror can take place when turbulence causes stress hormones to cloud the mind, and imagining the plane falling out of the sky can be experienced as the plane literally falling out of the sky.

Some tell clients they can only get better if they recognize their fear is irrational, and their irrational thoughts must be replaced with rational ones. All too often, anxious fliers who consult cognitive therapists are told to rely on relaxation exercises.

Anti-anxiety medications are problematic for several reasons. They are addictive. They increase the person’s sensitivity to the plane’s noises and motions. And they block desensitisation (the ability to get used to flying)  Since each medicated flight increases sensitivity, they finally are no help at all. Scientific studies bear this out.

“Systematic desensitisation” involves exposure to an anxiety-producing stimulus, first at a very low level, and then with slight increases in intensity or duration over weeks or months. This type of desensitisation is impractical, if not impossible, to adapt to airline flying.

Another type of desensitisation, termed “flooding“, is based on learning theory. It assumes that if a person is exposed repeatedly to a stimulus and nothing bad happens, fear will disappear. But something bad may happen: a panic attack. And, the fact that the plane did not crash on exposure flights does not prove it will not crash on a flight in the future

Virtual Reality Exposure Therapy (VRET) attempts to desensitize fearful fliers using computer-generated imagery. It is, to say the least, questionable as a flight-phobia treatment. I was consulted by the researchers before and after the original VRET research. The treatment group was given several hours of VRET treatment. A control group sat for a few minutes on a parked airliner. Those who sat on the parked airliner showed better long-term results than those given extensive VRET treatment. Rather then accept that VRET was a dismal failure, its promoters falsely claimed the research proved VRET was “equal to a traditional fear-of-flying program”. Since VRET could be conducted in a psychologist’s office, its promoters claimed it to be a “convenient alternative” to a traditional fear-of-flying program. The claim worked; reputable psychologists purchased the VRET equipment. Apparently they failed to recognise that traditional programs involve more than a parked airliner: several days of instruction, and one or more actual flights.

All Is Not Lost

Upcoming posts will explain in detail how in-flight distress can in fact be effectively controlled. Please tune in next week!

Tom Bunn, L.C.S.W., is a retired airline captain and licensed therapist who has specialized in the treatment of fear of flying for over thirty years. He is the author the bestselling book on flight phobia, SOAR: The Breakthrough Treatment for Fear of Flying. His company, SOAR, Inc., founded in 1982, has helped more than 7,000 clients control fear, panic, and claustrophobia.