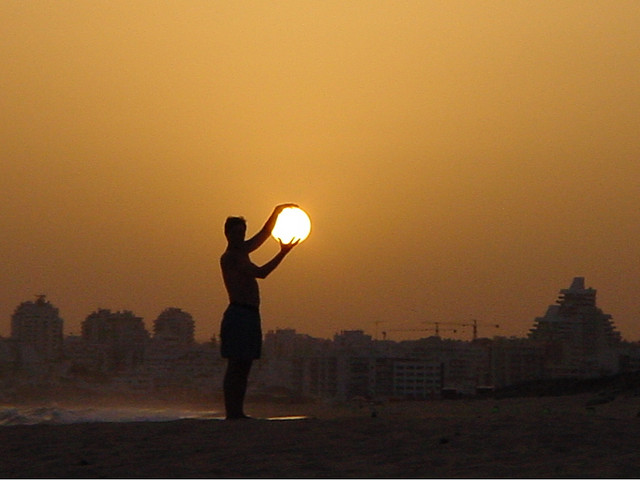 An example of what psychologists term “automatic negative thinking” which can contribute to the development of fear of flying –  as well as then proceed to reinforce it on every flight – goes something like this: “I have to have everything under control, so when I fly, since I’m in the hands of others, I can’t deal with it”.

It’s certainly not hard to see why such a thought would give rise to and reinforce this problem, as it imposes a requirement that by definition cannot be satisfied in a situation such as a commercial airline flight, thus adding yet another reason for anxiety. That’s why what needs to be done is to substitute that unhelpful thought with a more positive, productive one which promotes flying without fear – or at least doesn’t make it any more challenging than it already is.

As we saw in the last post on this subject, there are two primary approaches to achieving this: discussing the thought rationally and finding ways of testing it. So applying these approaches to the concept of loss of control, we could ask ourselves, is it really necessary for us to have everything under absolute control in life? After all, don’t you go to a fine restaurant in order to turn your dinner experience over to the expert hands of a chef and his team? Or you certainly wouldn’t take your car to an auto repair shop and feel anxious if you weren’t allowed to make the repairs yourself, would you?

This also gives us an opportunity to reflect on the fact that the more we try to “keep everything under control”, quite often the more gets away from us – beginning with life itself. Haven’t we learned that repression sometimes only intensifies desire, that attempts to go out out chase happiness simply end up backfiring, or that a bit of improvisation can yield much better results than overplanning?

And as for the second point, we can experiment a bit to test if the concept of relinquishing control – for example, allowing ourselves to delegate tasks to others that are inappropriate, undesireable, or impossible for us to do – really does cause us discomfort.

It’s also worth trying to test whether the opposite – whether by trying to control a situation as much as possible, for example assuming more responsibility than we need to in performing some particular task or performing it in the most minute and perfectionist manner possible – truly provides us a feeling of calm and satisfaction.

So control freaks, take a step back and examine those control issues, both in a larger sense and as they relate to aerophobia, using the above techniques. You might be pleasantly surprised at the results!