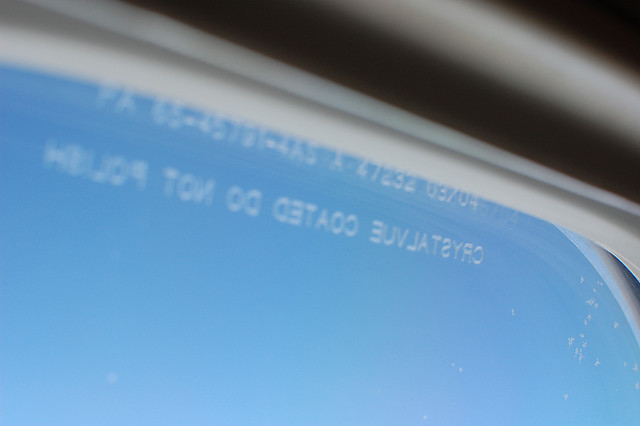 As we’ve seen in previous posts, fear of flying is rooted in the auto-feedback loop between negative interpretation of something that happened on a particular flight and the ongoing anxiety this causes. But why the negativity in the first place? It arises from a tendency toward automatic negative thinking.

In the 1960s, US psychotherapist and cognitive behavioural therapy pioneer Albert Ellis indicated that the cause of reactions in the case of many anxiety disorders is not the things that happen to us, but what we think about them. This idea, which he expressed through the well-known ABC model (Activating event, Belief about what you perceive to be the truth about that event, Consequent emotion), is what underlies much of cognitive reconstruction therapies. But the fundamental idea goes back to ancient times; the Greek philosopher Epictetus wrote that “Men are disturbed not by things, but by the view which they take of them.”

So maybe that day we flew during a storm, or noticed some kind of funny noise, or simply while we were gazing out the window a recent aircraft accident came to mind – activating certain persistent negative thoughts connected with flying, in turn convincing us that something bad was going to happen on our flight. Perhaps even without us fully realising it, these kinds of thoughts elevated totally unimportant or unrelated incidents to anxiety-provoking stressors.

And the worst thing of all is that this pattern may start repeating itself every time we have to get on an airplane. The key is to identify which such thoughts are most likely to bother us. Perhaps they’re related to technical issues (OMG, if the engines fail, will the plane drop like a stone? Spoiler alert: nope.). Other people convince themselves, for example, that humans aren’t meant to fly (yet somehow are meant to sail across oceans, drive in high-speed traffic, and hurl themselves down mountains on skis and snowboards). Yet others seize onto various improbable notions, ranging from the idea that thinking about an accident is enough to increase its likelihood, to the belief that if we start to get nervous things will surely take a turn for the worse, without forgetting, of course, that bad things always happen to us.

The only thing all these have in common is that they are “automatic” (that is, that we’ve internalised them to such a degree that we don’t even notice when they materialise) and negative (depicting a “reality” only reinforces our fear of flying). And recognising them as such is an important step toward vanquishing them.