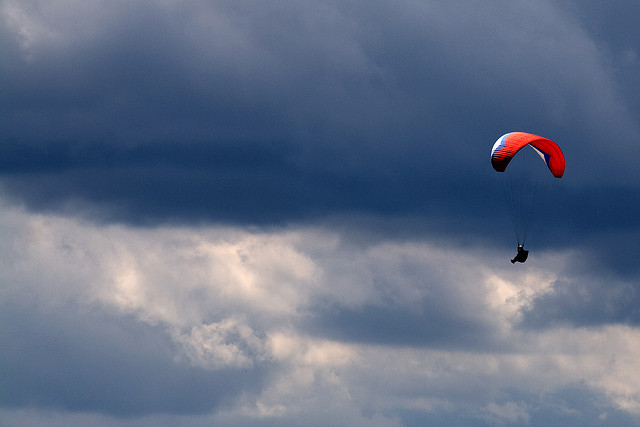 When it comes to treating phobias and anxiety disorders – including fear of flying – many therapists consider the treatment of choice a modality called “exposure therapy,” which has actually been around since the 1950s. It’s a fairly self-explanatory term and a fairly common-sense approach. Human psychology being what it is, for most people, exposing themselves to something repeatedly tends to result in getting used to it – in the case of aerophobia or anxiety about flying, allowing over time the message to sink in that their fears never come to pass and allowing a break in the mental/emotional auto-feedback loop that feeds the phobia.

In an ideal universe, most professionals would recommend that for maximum effectiveness these exposures should be as intense as sufferers can tolerate – for example, flights long enough to generate a true sense of habituation (45 minutes is unlikely to suffice!) and with a minimum interval before the next flight. The person undergoing this process should also be mindful throughout, not letting himself or herself get distracted.

In real life, however, all that is a pretty tall order – who can afford the time and airfare, right? Psychologists have therefore come up with other exposure-therapy techniques that use simulation, via virtual reality in a classroom setting or even on home computers (they can of course be easily researched online). In spite of not being first-hand experience, many of these have proven to be surprisingly effective, and so have been incorporated into various onsite programs to overcome fear of flying that have been created by airlines (including Iberia, offered in Madrid several times a year; website in Spanish), as well as other private companies.

In any event, this type of virtual exposure is merely a preliminary step before the real thing – boarding an actual plane and taking an actual flight. So when that time comes, what those of us in this position need to do is not stand in the way of the inner us who’s willing to help us overcome this fear. Keep in mind that there are folks out there who choose to face actual danger on a regular basis – whether they’re bullfighters or Formula 1 drivers – and oftentimes after suffering an injury they will actually get back into action as soon as possible so as not to let such setbacks make them fearful. Even on a more modest scale, we can learn from such bravery.