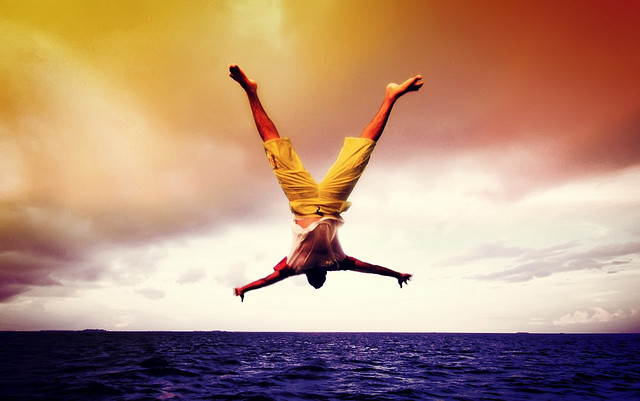 Fear of flying (sometimes known by fancier terms such as aerophobia, aviatophobia, or aviophobia) is defined in the latest edition of the American Psychiatric Association’s Diagnostic and Statistical Manual of Mental Disorders as a “specific situational phobia.” The main diagnostic criteria are listed as follows:

Thus the phobia of flying is basically characterised by anxieties that even sufferers recognise as excessive and irrational. On the other hand, the Spanish psychologists Miquel Tortella-Feliu and Miquel A. Fullana in their writings describe fear of flying as a phobia composed of various alternations―that is, not one single fear but several, such as claustrophobia, agoraphobia, a panic reaction, fear of having an accident, fear of heights, of turbulence, and of flying at night above deep water. A study conducted by these two experts concluded that the two most common phobias are fear of accidents―an issue for 22 percent of subjects―and for another 13.6 percent, fear of situations they cannot control.

Symptoms of fear of flying are those typical of anxiety in general: elevated heart rate, heart palpitations, sweating, hand tremors, prickling sensations, muscle tension, difficulty breathing,  tightness in the chest, a knot in the stomach, dizziness, chills or hot flashes. Furthermore, these do not manifest themselves only during the flight, but in many cases from the very moment sufferers know they need to board a plane, with symptoms intensifying as departure time approaches.

The statistics are clear: Between 10 and 40 percent of the population in industrialised countries is afflicted by fear of flying in one of its forms. Nevertheless, just 25 percent of these sufferers experiences significant discomfort as a result, and of that percentage, fewer than 10 percent fulfill the criteria for diagnosis of a specific phobia. All indications are that individuals who manifest this syndrome are above average in intelligence, and faced with the need to fly, they imagine the worst and need to know what is happening. Interestingly, some business executives may be especially prone to this phenomenon, as leaders who are accustomed to controlling situations and may not delegate responsibility well to others. Average age at onset of aerophobia is 25 years, and may be related to the passage into full adulthood and the assumption of new life responsibilities.

This phobia is generally acquired through the information its sufferers receive through their environment―especially mass communication―as well as negative past experiences they may have had, and observation of the experiences of other sufferers. It’s interesting to note that A. most people cannot recall specific negative experiences, and B. some insist that they have had this phobia as long as they can remember, since the first time they started to fly. Furthermore, some phobias including aerophobia may often result not from direct negative experience but rather larger underlying issues such as difficulties at work or in one’s personal life becoming associated with an unpleasant stimulus.

If you suffer from fear of flying, understanding why is half the battle. But in upcoming posts, we will also explore strategies for combating it. Bon voyage!