El Viejo San Juan is the core of one of the Americas‘ oldest still existing cities, and this year Puerto Rico has been marking the 500th anniversary of its founding in 1521 by Juan Ponce de León (of Florida Fountain of Youth fame). Its strategic location made it the first stop of many merchant and military ships traveling from Spain to the rest of the empire’s colonies, so it’s packed not just with the requisite cobblestone streets, plazas and charming Spanish colonial architecture (now housing a plethora of bars, restaurants, shops, art galleries, and boutique hotels) but also major military, civil, and ecclesiastical landmarks.

The occasion calls for a serious celebration, of course, and in Puerto Rico they know how to party, so the city has planned just that. For starters, don’t miss a pair of exhibitions at the San Juan Museum: “San Juan 500 Years: Art, the Image, and Devotion” and “The City in Time: Five Centuries of Artistic Depiction of San Juan”, both an excellent way to immerse yourself in the unique history of this tropical port city. In December, Christmas festivities will be ramped up to become the longest in Puerto Rico’s history in honor of the occasion, followed by a “Welcome 2022” New Year’s event and later in January a special edition of the Calle San Sebastián Festival. Many other fabulous events are in the works, too, culminating in a sailing regatta next summer that will mark the official close of the celebration. Stay on top of the line-up at official 500th Anniversary site as you plan your visit.

Once you’re done partying, the usual and varied attractions of this old colonial capital still beckon, and for this purpose the city has created a special 2-1/2 hour walking tour that will transport visitors four times a day to 16th-century San Juan. And of course, whether or not you’ve been before, make sure to hit these highlights: 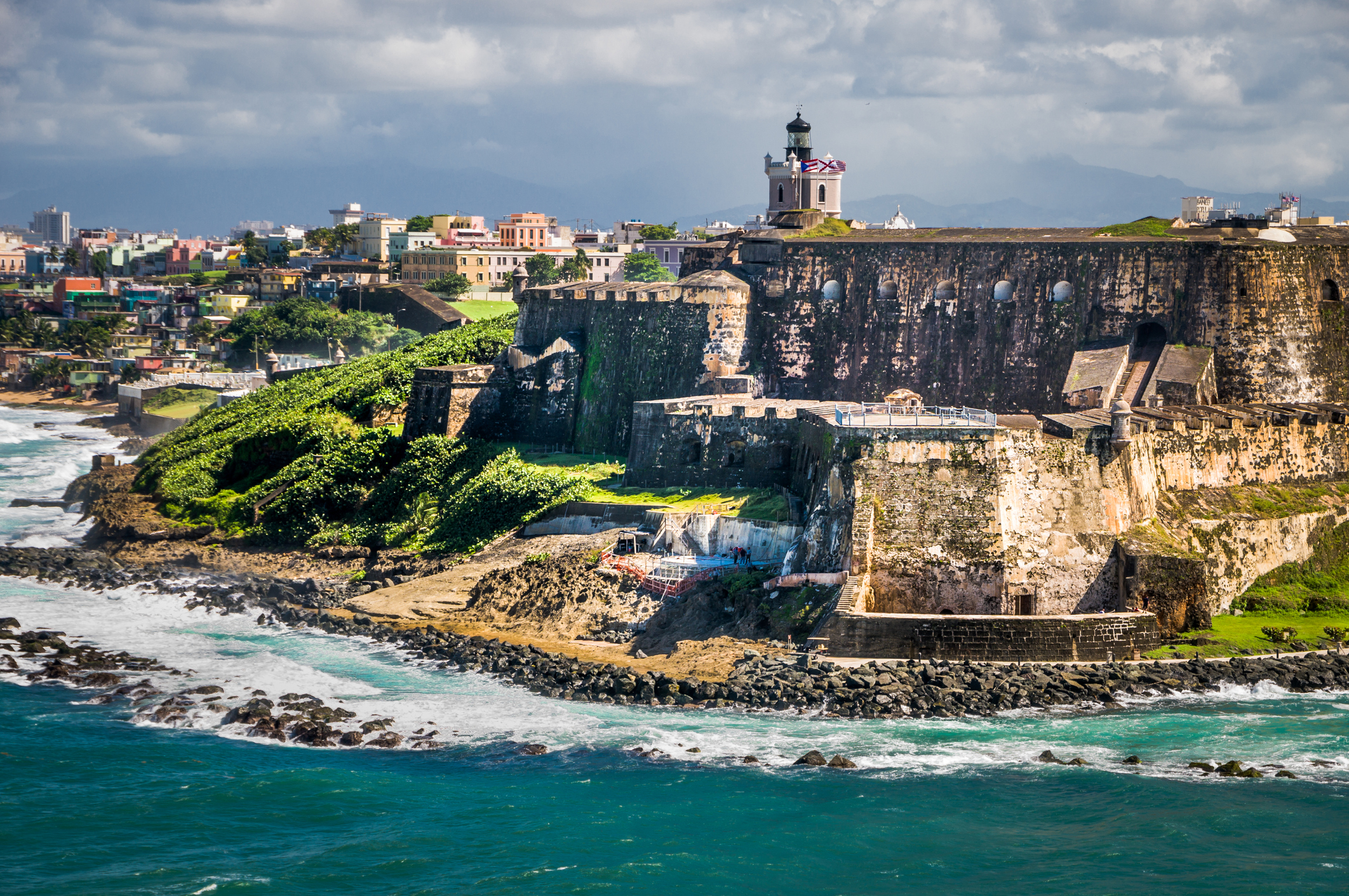 The largest and most impressive sight, naturally, is the enormous, imposing Castillo San Felipe del Morro (above), the fortress occupying the city’s northeastern tip, constructed in the mid-16th century and enlarged over the ensuing years. Right nearby is a second, even larger fortress (the largest Spain ever built in the Americas, in fact), the nearby 17th-century San Cristóbal, and both are flanked by a doughty wall nearly four kilometres (2½ miles) long and 13 metres (nearly 43 feet) high. The third, called simply La Fortaleza (The Fortress), was San Juan’s first defensive fortification, dating to its very earliest years, which has ever since then also served as the residence of Puerto Rico’s governor – making it the world’s oldest executive mansion in continuous use. All of these are part of the city’s UNESCO World Heritage Site. 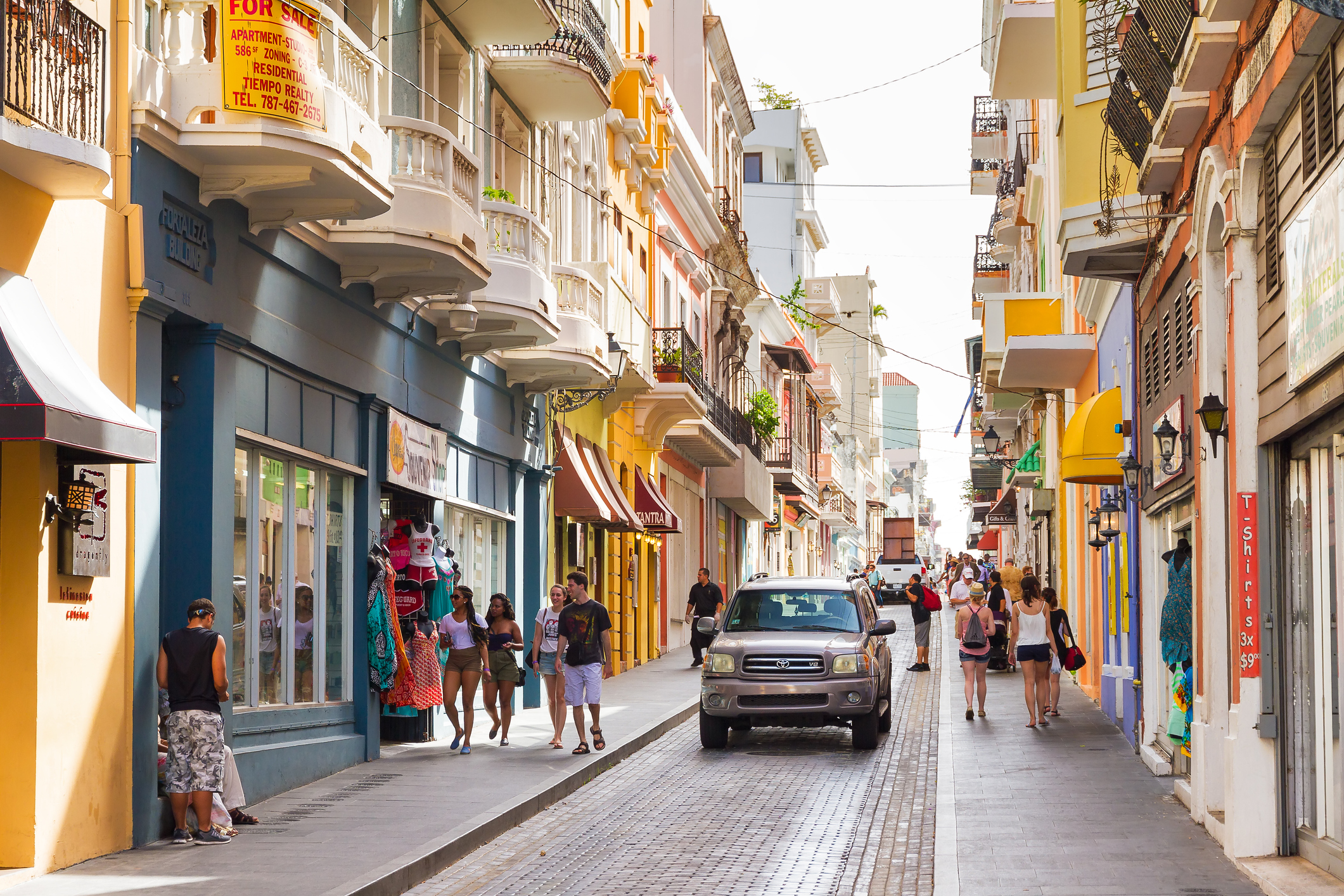 On the ecclesiastical side, the main landmark is the neoclassical San Juan Bautista Cathedral, the current form of which dates back to 1540, making it the Americas’ second oldest cathedral (where among other things you’ll find the tomb of Ponce de León). Other noteworthy religious sites include the whitewashed Gothic-style Church of San José (the Western Hemosphere’s oldest church, built 1532 to 1735) and the Monastery of Nuestra Señora del Carmen, founded in 1651 and now housing the luxury hotel El Convento. The 2½ -hour 500th anniversary walking tour covers all of this and more.

Beyond these impressive landmarks, the sheer charm of Old San Juan lies in its colourfully painted colonial architecture, punctuated by lovely balconies and now home to a delightful profusion of shops, cafés, and restaurants – as well as galleries such as Éxodo, OBRA, and Petrus, which have been boosting this neighbourhood’s importance on the international contemporary-art scene. 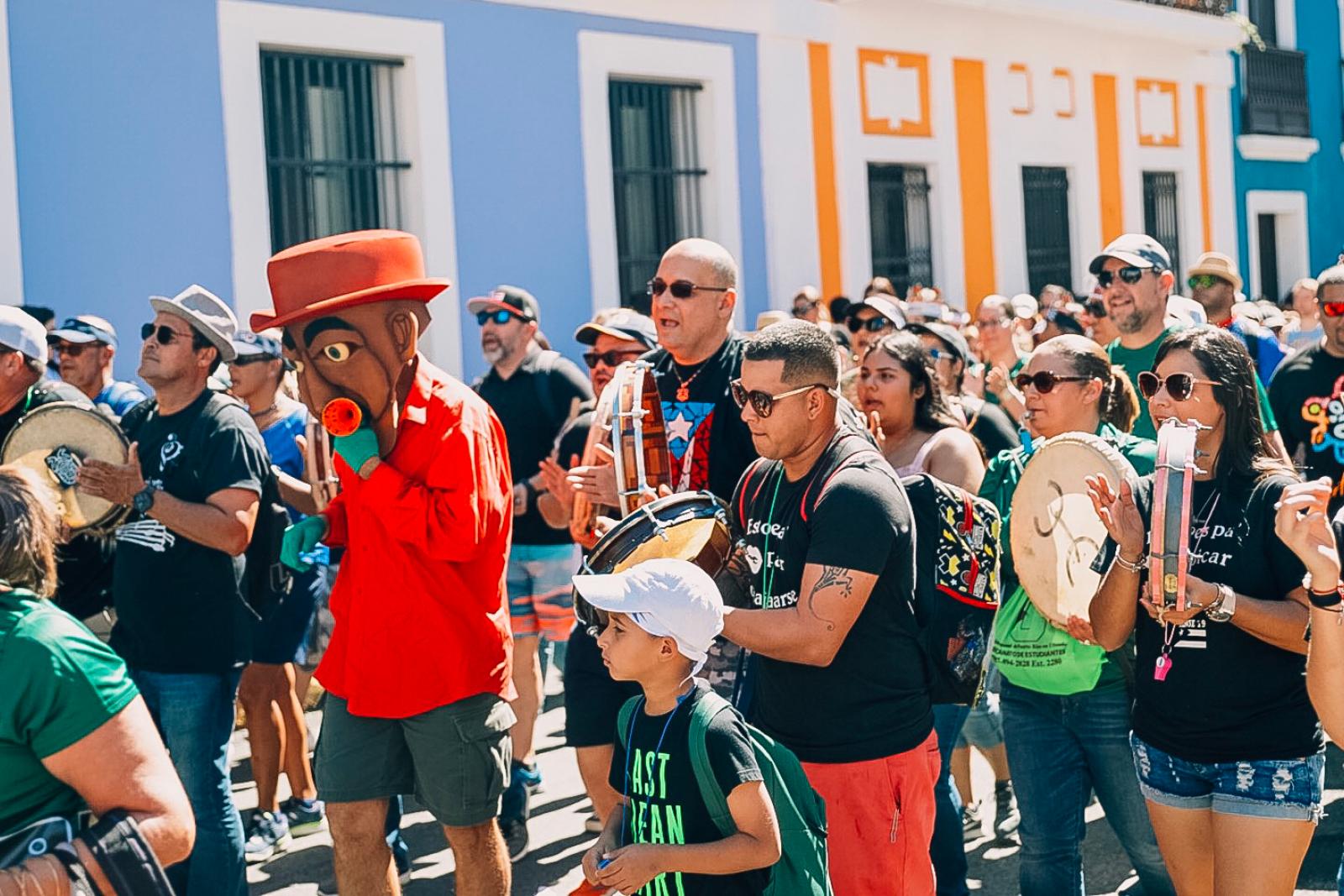 OSJ is also full of music, both in the streets and cafés/restaurants, as well as dances and festivals regularly held in some squares and streets. One especially lively example is the aforementioned Calle San Sebastián Festival (above; in 2022, it’s being held the 13th through the 16th), established in the 1950s and now one of the Caribbean’s top events – attracting more than 200,000 people every year – and especially notable for its cabezudos (people roaming the streets wearing oversize papier-mâché heads drawn from Puerto Rican folklore as well as current events.

And of course there are plenty of interesting museums well worth a visit, such as the Museo de las Américas, presenting an overview of the hemisphere’s culture and ethnography, including pre-Columbian, African, and European influences. On the history side, the San Juan Museum of Art and History mentioned earlier is a good place to start, and Ponce de León’s residence is now the Casa Blanca Museum, housing artifacts from the 16th and 17th centuries. The Museo del Mar includes cool ship mock-ups and exhibitions about sunken treasure, and the Casa Museo Felisa Rincón is the house (and now museum of the life and times) of the first of the city’s three female mayors (and the longest serving of all, from 1947 to 1968 – Felisa Rincón de Gautier).

Old San Juan’s many restaurants and cafés more than rise to the challenge, bringing a variety of cultural influences to bear in dishes such as mofongo, a ball of mashed green plantains bathed in broth and bits of beef, chicken, or shrimp. Another local star is sancocho, a hearty meat-and-veg stew with several versions that can involve chicken, smoked ham, top-round beef, beef short ribs, chorizo, and pork trotters. Also be on the lookout for alcapurrias, deep-fried fritters with dough made of green plantains or cassava and filling of spicy ground beef, chicken, or crab. And to wash it all down, fresh tropical fruit juices or excellent island rum! You can go street food or full-bore elaborate, traditional (such as the historic La Mallorquina, at 173 years island’s oldest still existing eatery, named after the island of Majorca, whence its founders hailed) or cutting edge contemporary, whether Latin-fusion or international cuisine.

All in all, not bad for half a millennium!

For more info about Old San Juan, check out the section devoted to the city at DiscoverPuertoRico.com, as well as its page dedicated to the 500th.