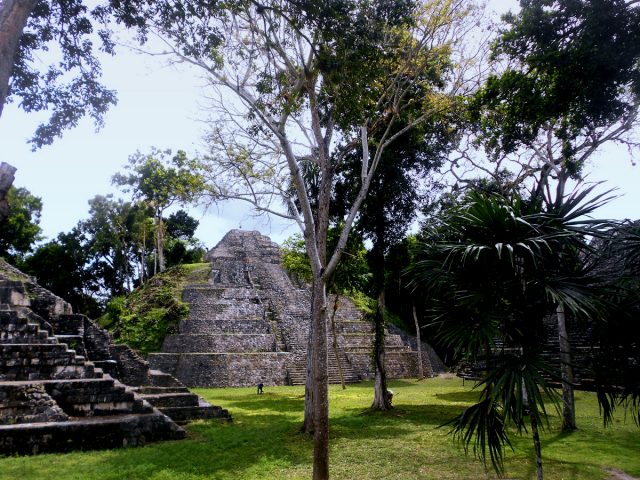 Guatemala‘s northernmost department (like a state or province), Petén, is also not only its largest, but home to most of its ancient Mayan archaeological sites. Tikal is by far the most famous, but others deserve to be better known, and none more so than Yaxhá, the region’s third largest city – which some like just as much, and which you’ll likely have practically to yourself, with only howler monkeys and perhaps a small smattering of other visitors for company.

Sometimes included in tour packages with Tikal, a short, 30-kilometre drive away, Yaxhá’s origins stretch back to 1000 BC and became the capital of a kingdom covering nearly 240 square kilometres (over 90 sq. miles), with a peak population of 42,000. Like other major anicent Mayan cities, it had been long abandoned to the dense jungle – for possibly centuries – by the time the Spanish invaders first ventured into Petén in 1525. 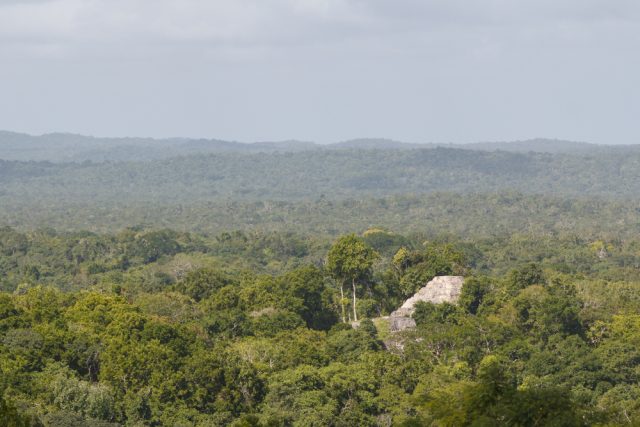 Here, too, roaming around the several square kilometres excavated so far – barely ten percent of the hundreds Yaxhá once covered – it easy for me to feel a little like Indiana Jones, exploring an exotic little time capsule carved out of the verdant Central American wilderness. Wantering between pyramids, temples, plazas and stelae, it’s hard to imagine the narrow pathways of today were once grand avenues and canals. From the top of the  highest pyramid (25 metres/82 feet, below), Temple 216,  all I saw was a sea of treetops, broken only by the greyish waters of nearby Lake Yaxhá. 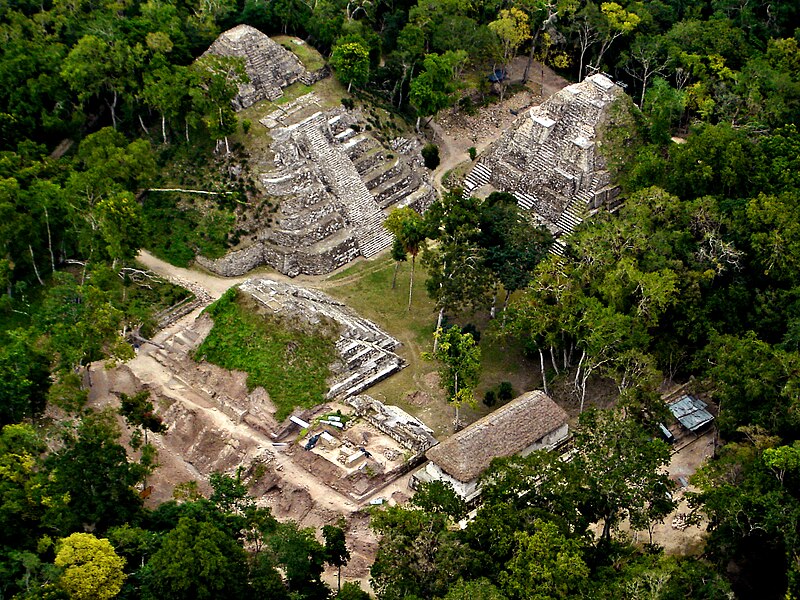 The complex now known as the East Acropolis is where I found the best conserved structures; the city’s highest sector, it was here that the upper classes resided, and therefore the building materials are of higher quality. In its Plaza C sit a pair of twin pyramids face to face – a vision of grandeur akin to those I saw at Tikal. I also saw temples dedicated to astronomy and sacrifices, and plenty of stelae, tall stone cylinders inscribed with glyphs recording local Mayan history. In the South Acropolis there’s a ball court, an expanse of grass hemmed in by two thick stone walls, in which two teams battled to to handlessly pass a heavy ball through vertical rings – and from surviving carvings, it seems the captain and possibly other players of the losing team also lost their heads. Ouch.

Each ruler oversaw more expansion, both in area and in already existing structures – archaeologists discovered in one pyramid various layers, each laid over the previous pyramid. But finally Yaxhá’s growth slowed and eventually went into decline – for which several theories have emerged, including prolonged drought, overpopulation, erosion of cultivable lands, and rebellions of the lower classes – or some combination of these.

A puzzle that only adds to the atmospheric mystique that envelops visitors to this marvelous forgotten corner of the Mundo Maya.