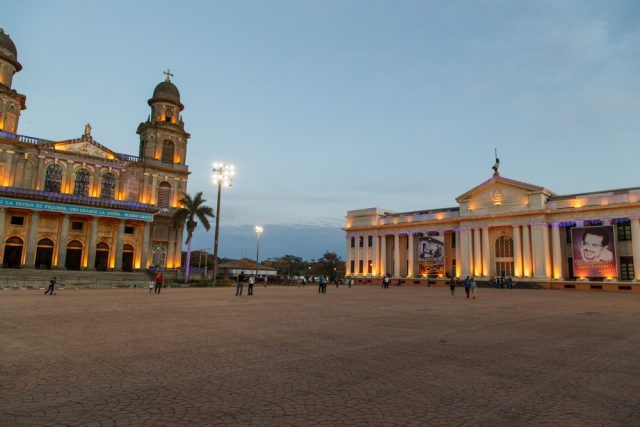 In recent years, Central America has become a major destination for adventure and ecotourism, beaches, and culture. In 2018, its rising star is its largest country, Nicaragua, the bad old days of post-earthquake trauma (1970s) and civil war (1980s) long behind it. These days stable and in fact considered by many the region’s safest country, it offers a mostly tropical climate and extraordinary (not to mention wallet-friendly) menu of options appealing to a wide range of travellers. And that’s one big reason that this October it will become Iberia’s newest destination!

Yes, word is increasingly getting out about Nicaraguan gems like colonial cities Granada, and León; beachy San Juan del Sur and Corn Island; its dramatic volcanoes; and cool, mountainous Matagalpa. Curiously, the country’s own capital Managua doesn’t usually make this list (a situation actually not unlike fellow Central American capitals Guatemala City and San José). The reasons for this are various – including the long years it took to recover from not one but two 20th-century earthquakes. But instead of flying into MGA and heading right out to these other places, after having enjoyed two visits here, here’s why I think visitors should consider staying a day or two in the capital.

This city of just over a million inhabitants (1.4 million in the greater metro area) grew from a pre-Columbian fishing village on the shores of Lake Managua to become Nicaragua’s capital in 1852. For decades it prospered, even achieving a measure of fame beyond the country’s borders, with a 1940s big-band hit by Guy Lombardo‘s orchestra declaring

Yes, corny and packed with clichés, but hey, they meant well. In any case, today’s visitors start out near the shores of Lake Managua – aka Lake Xolotlán – at Plaza de la Revolución (as Plaza de la República was rechristened after the Sandinista revolution of 1979). This square was the centre of the capital’s Spanish-colonial Old Town, but sadly, most of that quarter was leveled after the big earthquake of 1931.

What you can see here today is the neoclassical National Palace of Culture, built in 1940, once the home of the parliament and now a mix of government institutions (including the national archive) and a ground floor open to visitors as a museum displaying pre-Columbian artifacts as well as a selection of Nicaraguan art and artisanry.  Across the square is the Rubén Dario National Theatre, built in 1969 and named after the late-19th-century Nicaraguan poet who’s one of the greats of Spanish-language literature; it features the best talent in Nicaraguan music and dance. And in between the two sits the shell of the Cathedral of St. James, inspired by Sainte-Sulpice in Paris, finished in 1938, but devastated in the 1972 quake. The government is studying the possibility of reconstructing it, but in the meantime, to replace it, in 1991 the Metropolitan Cathedral (below, aka the Cathedral of the Immaculate Conception) was built a ten-minute drive away, its design minimalist except for a profusion of 63 white cupolas, which by the way remind many of the female anatomy. 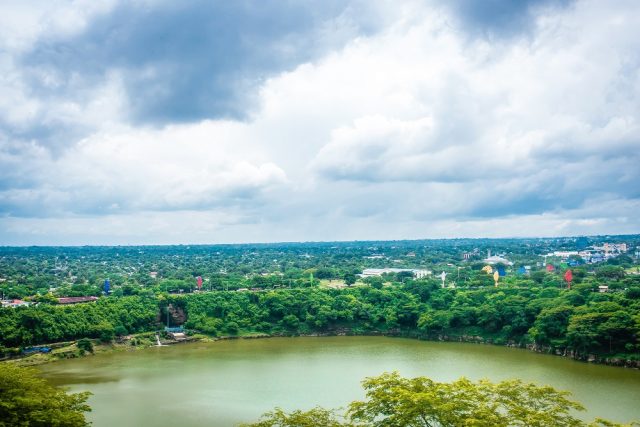 Across from the cathedral, Parque Central is adorned with busts of Nicaraguan historical figures and an attractive gazebo dedicated to the muse of music. A subset of the park is dedicated to Rubén Darío and other well known figures of national literature.

Then short stroll north of all this takes you to the shores of the lake itself, where you’ll find the palapa-lined malecón (lakefront promenade), right across from which is Puerto Salvador Allende, a festive complex including a dock for lake cruises, shops, and some two dozen eateries and watering holes from basic to fancy. Right alongside it, Paseo Xolotlán is a little landscaped park featuring miniature reproductions of historic landmarks from throughout the country along with a small water park and full-scale recreations of the homes of Darío and of national hero Augusto Sandino, leader of the guerrilla war against U.S. occupation of Nicaragua in 1927-32, and soon thereafter assassinated by the forces of Anastasio Somoza, whose family went on to rule here as dictators until the Sandinista revolution.

Driving a few minutes south, we come to the Tiscapa Lagoon (above), occupying the crater of a long-extinct volcano. The views here are pretty impressive, and visitors can also check out the shops and restaurants surrounding it, as well as a historical park centred around the ruins of the Somozas’ presidential palace (including dungeons/torture chambres). Up here you’ll also find the enormous, iconic, and much-reproduced silhouette of national hero Sandino – and if you want a real shot of adrenaline, have a go at the zipline across the lagoon!

Much of Managua’s growth since the 1972 earthquake has taken place in the southern part of the city, a quick drive from Tiscapa, where you’ll find many of its hotels, restaurants, shopping, galeries, and cultural institutions including theatres and museums. One of the most notable of this last is the five-year-old Centro de Arte de Managua in Plaza España, with very cool rotating exhibitions showcasing 20th- and 21st-century art and architecture both Nicaraguan and international (the current one, through May, focusses on photos of the unforgettable Mexican painter Frida Kahlo). 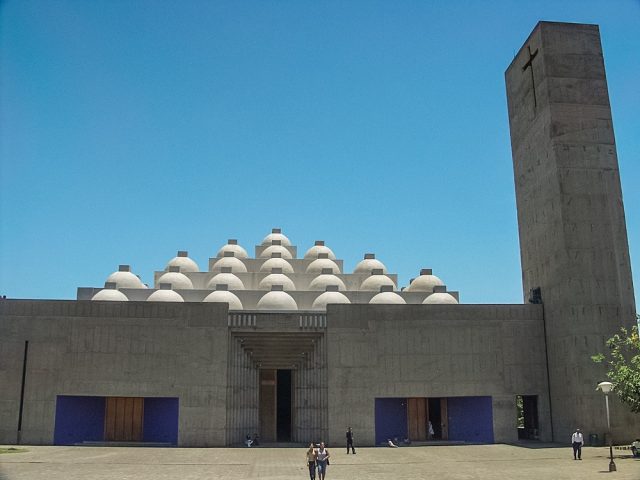 Another I find particularly fascinating is the Acahualinca Footprints Museum, built around the calcified tracks of people dating back some 6,000 years, preserved thanks to a volcano eruption, and includes a variety of interesting exhibits and artifacts documenting aspects of Nicaragua’s pre-Columbian past (it’s currently closed for repairs but expected to re-open soon).

And finally, for discovering the best in up-to-the-minute Nicaraguan art, there are plenty of galleries outside the historic centre. One I find particularly compelling is the Galería de Arte Mácula, in the Santa Ana neighbourhood out west, a collective showcasing some of the most talented up and comers in Nicaraguan art.

In short, there’s a lot more to Managua than you might’ve suspected. So if you decide to journey to fascinating Nicaragua when Iberia’s flights are up and running, a night or two in the capital is well worth your while!