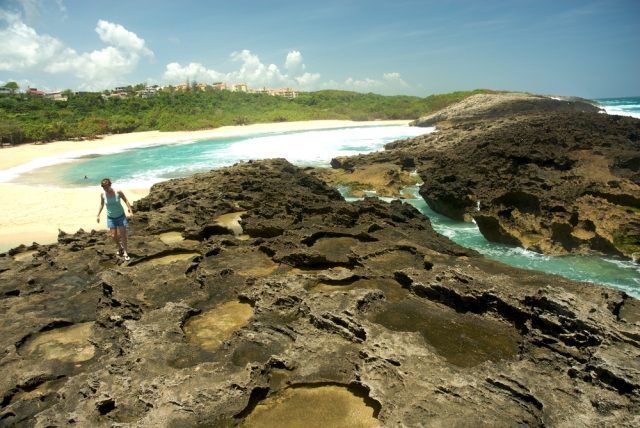 Visiting Puerto Rico, you’ll pretty much always have good weather, a wealth of fun activities to choose from, and if you’re a nature lover, the added bonus of some unique eco-opportunities. And for an island grouping of its modest size, it happens to be home to an impressive variety of ecosystems and landscapes, from bioluminescent bays to dense rain forests dotted with waterfalls (one is even home to the world’s longest zipline).

One lesser known but fascinating corner of Puerto Rico ecotourism can be found on the north coast, just a 30- to 40-minute drive west of San Juan in the small city of Manatí, whose name gave the world the name of the West Indian manatee, the gentle and widely beloved “sea cow” that has since 2013 been Puerto Rico’s official mammal. Its origin is related to the number of these creatures found at the mouth of the Río Grande del Manatí, and the manatee is celebrated on the city seal as well as in various local statues and fountains.

Founded in 1738, Manatí is one of Puerto Rico’s most charming spots, with a lovely historic centre and a popular February festival honouring the city’s patroness, the Madonna of La Candelaria. It’s an impressive cultural heritage which has earned this city the moniker “Athens of Puerto Rico”.

Another major claim to fame here is the Reserva Natural Hacienda la Esperanza, a peek back into the island’s historical and natural past. The great house of the hacienda (plantation) now houses a research facility focussed on local plants and birdlife, and on the premises you’ll also find the world’s only remaining steam-powered sugarcane mill (above). You can learn firsthand how the plantation worked back in the old days, as well as some of the history of the slaves who did most of that work.

Also here, you’ll find the largest protected area along the northwest coast, nearly nine square kilometres (3½ sq. miles), where you can hike through extensive coastal woodlands, spotting hundreds of bird species and sundry flora and fauna, as well as explore mangroves, dunes, a dozen ecosystems, and some of the loveliest virgin beaches you’ll ever experience.

One of those beaches, Playa Mar Chiquita (top), is a special jewel, being nearly enclosed from the open ocean by rocks, with surf entering through a gap in the rocks. It does indeed feel, as the name says, like a “little ocean”, and also offers some spectacular panoramic views.  Depending on the time of year you visit, you can find placid waters or kicky surf crashing against the rocks. 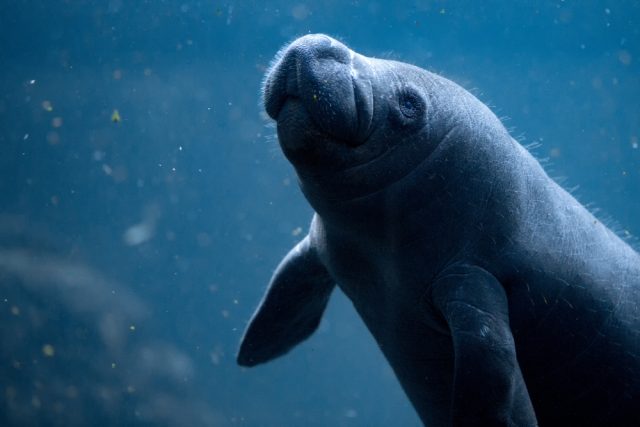 As for the manatees of Puerto Rico themselves, the best place to meet, greet, and learn about these extraordinary animals is at the Centro de Conservación de Manatíes of the Interamerican University of Puerto Rico, a bit to the east in Bayamón, a suburb of San Juan. The centre specialises in the rescue, treatment, and care of injured and orphaned manatees, and its work has become a model for other similar operations throughout the Americas.

During a guided visit of the facility, you’ll learn a lot about these singular and endangered creatures, who live in brackish shallows and rivers and can reach three metres (10 feet) in length and a half tonne in weight. Guides will provide information on the latest research and show you how the manatees are cared for on an individual level and are being brought back from the danger of extinction on a species level. It’s a lesson especially invaluable for kids. A key date here is September 7, when it sponsors the annual West Indian Manatee Conservation Day.

Best Iberia fares to San Juan from the UK, from Spain.