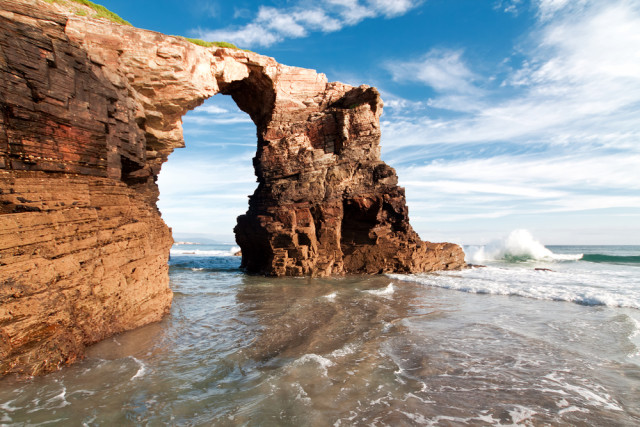 Ten kilometres (seven miles) outside the town of Ribadeo, on Galicia‘s north coast (the nearest big city is Lugo about an hour’s drive south) is a beach called Praia das Augas Santas (Beach of the Holy Waters). It’s more commonly known, however, as Praia as Catedrais (Cathedrals Beach), and is considered by many to be the most spectacular in all of Spain. 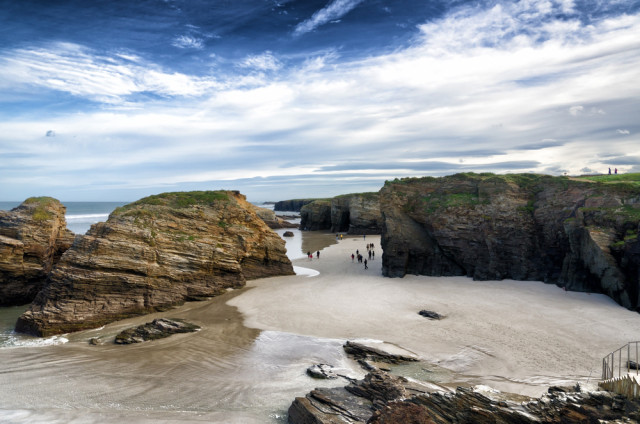 The reason? Its many stone cliffs, caves, and arches up to 30 metres (98 feet) high which to many call to mind the flying buttresses of Gothic cathedrals. And another funny thing about these phantasmagorical formations is that they can only be appreciated at low tide; otherwise, the beach and rocks are completely under water, leaving only a coast of cliffs against the sea – quite impressive in its own right, actually. (If you’re planning to visit, you might want to consult a tides table; lowest tide is just before noon – but have a care, as the water rises fairly quickly when the tide comes in!) 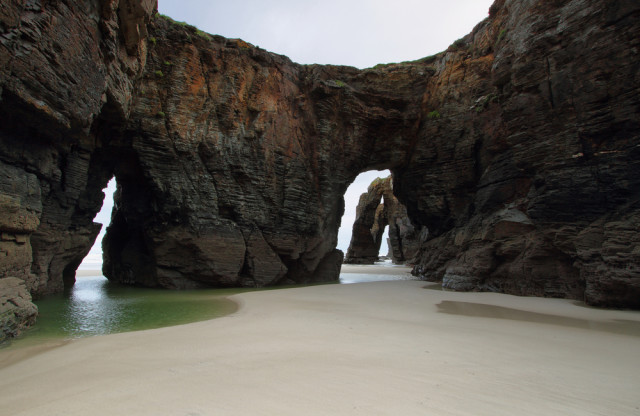 And though this beach is a relatively easy drive from Lugo as well as A Coruña, an hour and a half away, you can more easily access it from one of the charming local accommodations such as A Casa de Piego, a half hour away outside the town of Foz. A lovely converted farmhouse bed-and-breakfast with eight cute, contemporary rooms on a rural spread with gardens, fruit trees, and one of those classic raised grainaries, it’s a marvelous oasis of tranquillity. No cathedral ceilings – but for that you have the beach. 😉