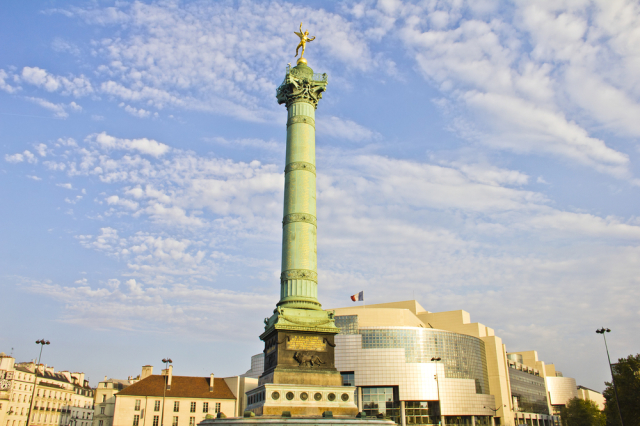 On Bastille Day, one of France’s most important national observances, let me take you to the chunk of real estate where it all began. On the Right Bank of the Seine several blocks away from the Place des Vosges, the Bastille neighbourhood has for a number of years now a favoured destination for Parisians (and increasingly for visitors as well) for various reasons.

Named for the infamous medieval prison whose storming on this date in 1789 was a key moment in a world-changing event, the French Revolution.  Within a year it had been demolished by the revolutionaries, and today the site is marked by the Place de la Bastille (and eponymous Metro stop), a huge roundabout with its centre the Colonne de Juillet, a monumental column marking the spot, and along its southeastern flank the Ópera Bastille, a more shiny and benign modern landmark that since its construction in 1989 has become a lodestar of Paris culture.

East of the Place is an area which has been a centre of furniture making and rug weaving for centuries, anchored by the Rue du Faubourg St-Antoine, one of the city’s more recognisable shopping and streets, running eastward to Place de la Nation; you can still pop into dozens of charmant little alleys and byways along its length.  Southeast off the Avenue Daumesnil, the Viaduc des Arts is a converted brick viaduct which once carried trains and is now home to galleries and shops. 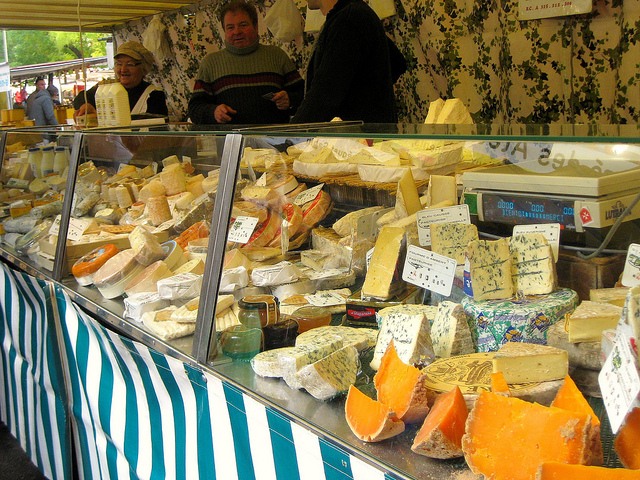 All the above points up the fact that there aren’t really any “sights” per se in the conventional tourist sense here; it’s more of an area for soaking up the local vibe as well as having a spot of adult fun. An excellent case in point is the Thursday- and Sunday-morning street Marché Bastille on Boulevard Richard Lenoir running north out of the Place; here along one of Paris’ great 19th-century thoroughfares you’ll find a delightful bustle of Parisian foodies browsing elegant stands of fruit and vegetables, champignons, seafood, chickens, and of course seemingly hectares of cheese. 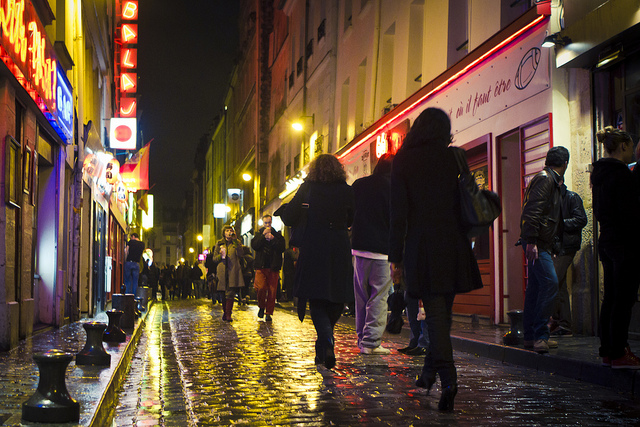 The streets north and east of the Place have also long been a young, vibrant nightlife zone, as well, and have if anything become even more trendy in recent years. One of the landmark clubs is the huge Barrio Latino on Faubourg St-Antoine, where the vibe is salsa/tango and the food is of course pan-Latino. Meanwhile, up on the Rue du Lappe, and at either end the Rue de la Roquette and Rue de Charonne, young folks flock especially in the early evenings to dozens of delightfully unpretentious pubs, bars and internationally diverse restaurants.

So no, you could say events aren’t quite as revolutionary around the old neighbourhood these days, but that’s just as well – and in any case, what is going on will sure have you rising to the occasion! 🙂