Germany‘s capital is still one of Europe‘s most exciting and vibrant cities, thanks in no small part to its cultural, dining, shopping, and nightlife scenes. There’s enough cool stuff here to keep you coming back repeatedly, but for first-time visitors especially, there are a half dozen iconic sights/experiences that shoud be on your bucket list. Thinking of paying a visit to Berlin? Don’t miss these! 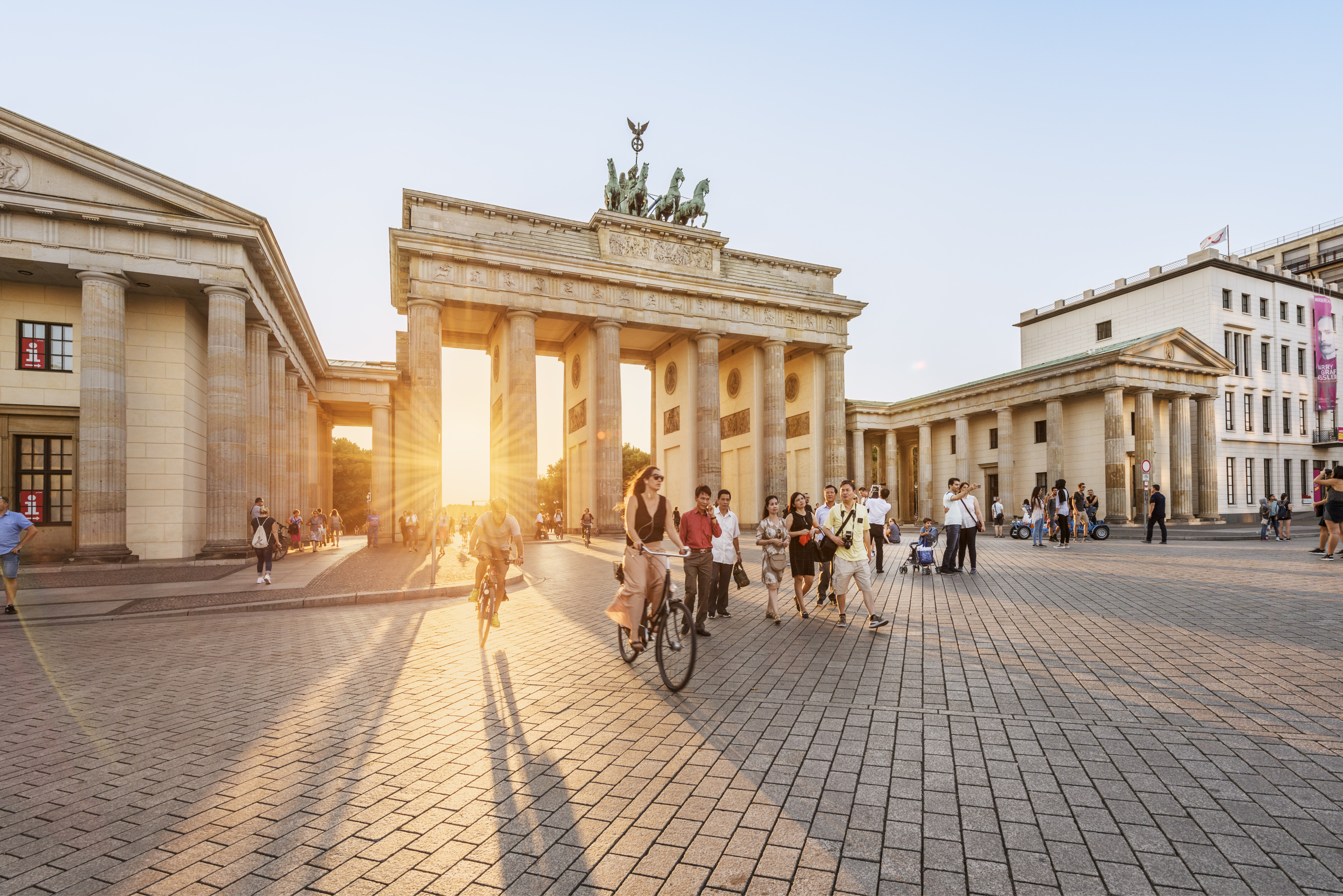 On the Mitte district’s Unter den Linden boulevard, is possibly Berlin’s single most iconic (and photographed) landmarks. The Brandenburger Tor – named for a onetime city gate on the road to the town of Brandenburg an der Havel – is a grandiose neoclassical-style affair built in 1791 on the order of Prussia‘s king Frederick William II, inspired by Athens‘ Acropolis, and reconstructed after the extensive destruction of World War II. It has five passageways separated by six Doric columns (and by the way, fun fact: back in the day, only members of royalty could go through the three central passageways, whilst commoners were permitted to use only those on either side of them). 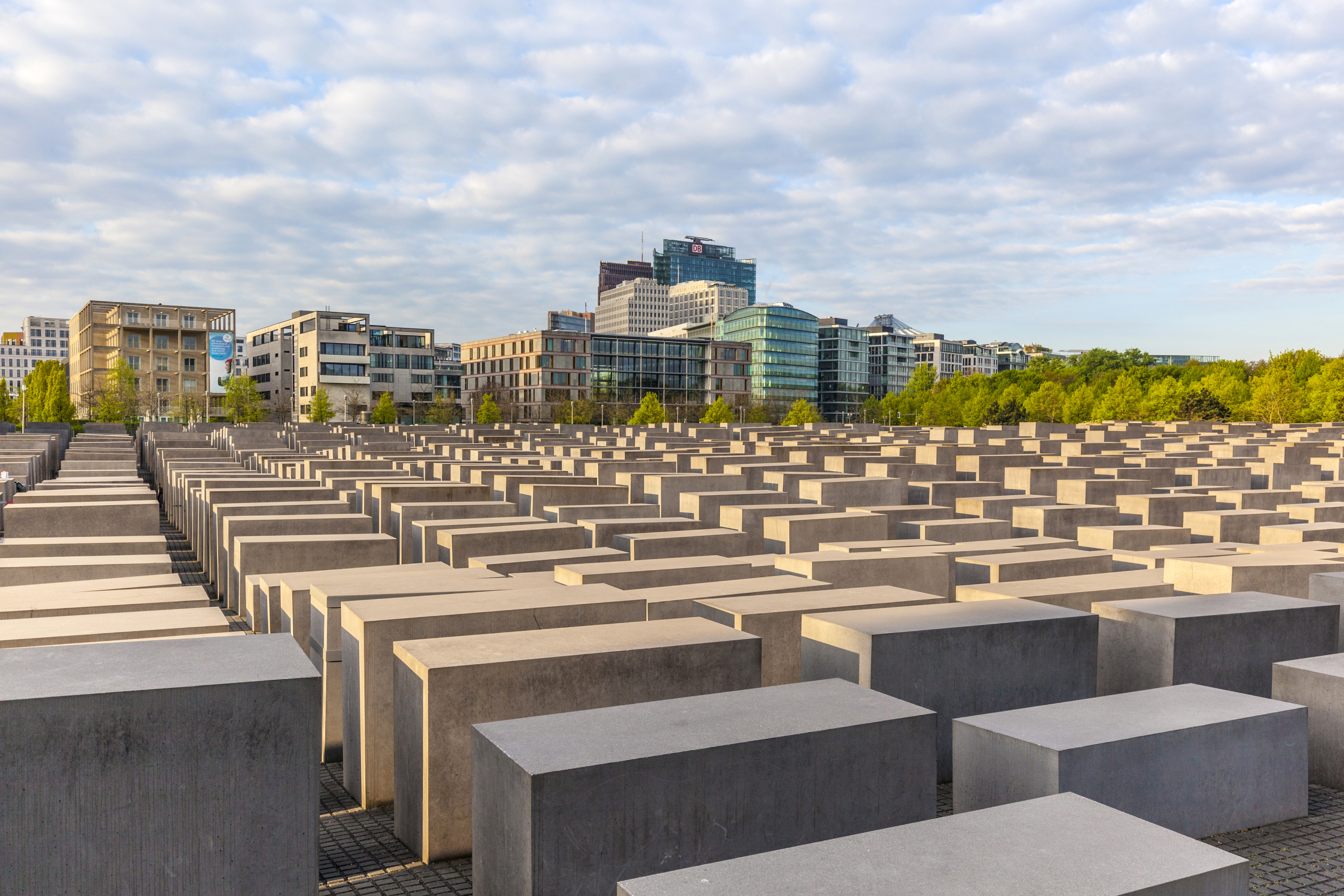 More properly known as the Memorial to the Murdered Jews of Europe, and inaugurated in 2006 to mark the 60th anniversary of World War II, and designed by New York City architect Peter Eisenman, it’s located a block south of the Brandenburg Gate. Extending across 19,000 square metres (204,614 sq. feet), it’s quite a departure from the traditional concept of a memorial, consisting of 2,711 rectangular cement blocks placed at different heights. The adjoining underground visitor centre, also designed by Eisenman, lays out the stories of a number of the six million Jews memorialised  through photographs, biographical info, diaries, and letters. 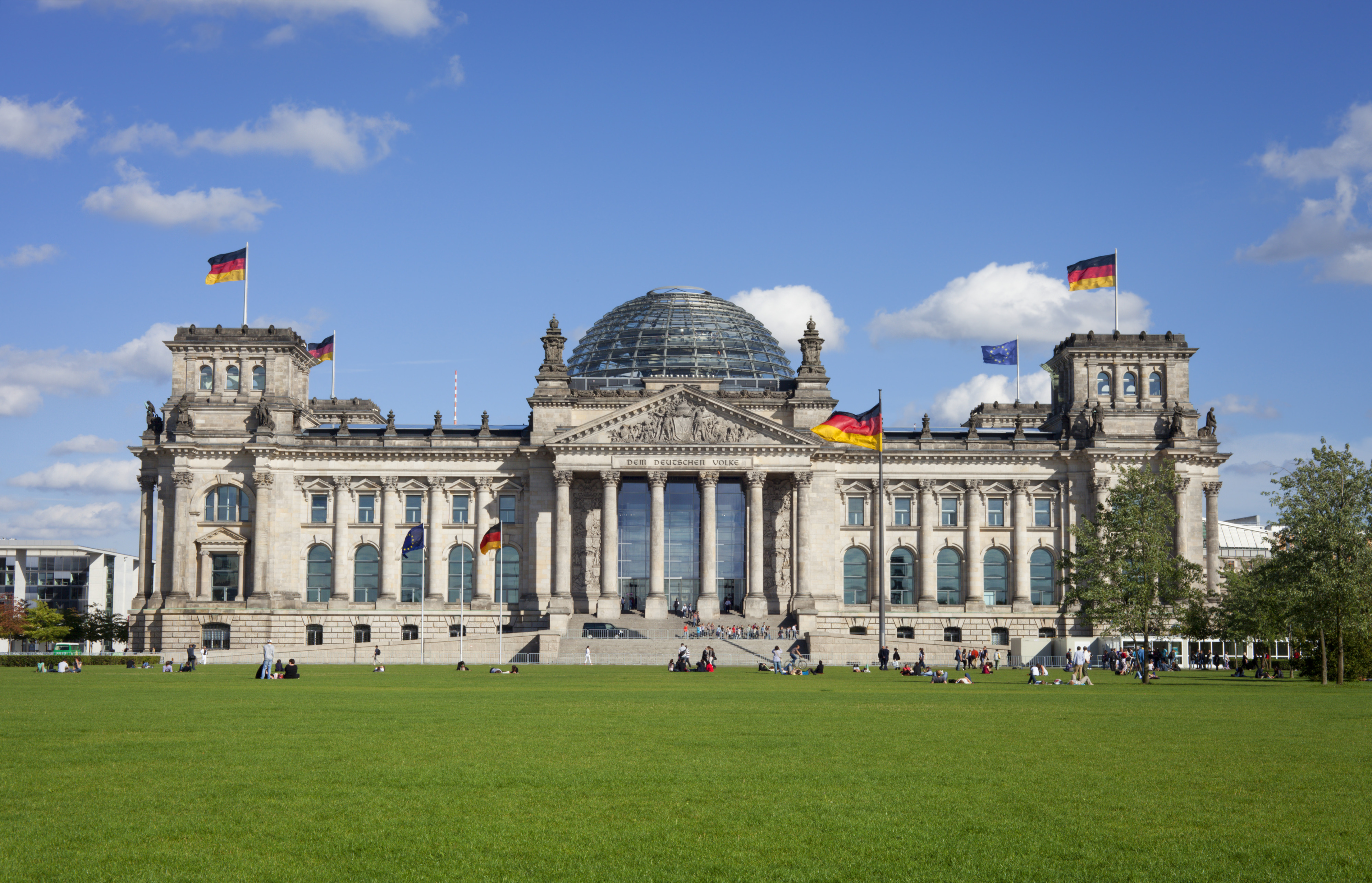 Another site of huge historical significance, this neo-Baroque palace was inaugurated in 1894 and four decades later was severely damaged in a notorious and suspicious 1933 arson fire, providing an excuse for a brutal crackdown on dissidents and the consolidation of Nazi control over Germany. The Reichstag was finally fully reconstructed in the late 1990s, with an entirely modernised interior and crowned with a modern glass dome, and since 1999 it’s been home to the national Bundestag (parliament).  Visitors are welcome to roam the building with an audioguide (available in English); take a guided tour; watch a Bundestag session; visit the dome and rooftop terrace; and dine at the rooftop restaurant. Get more information about visiting the Reichstag and reserve in advance here. 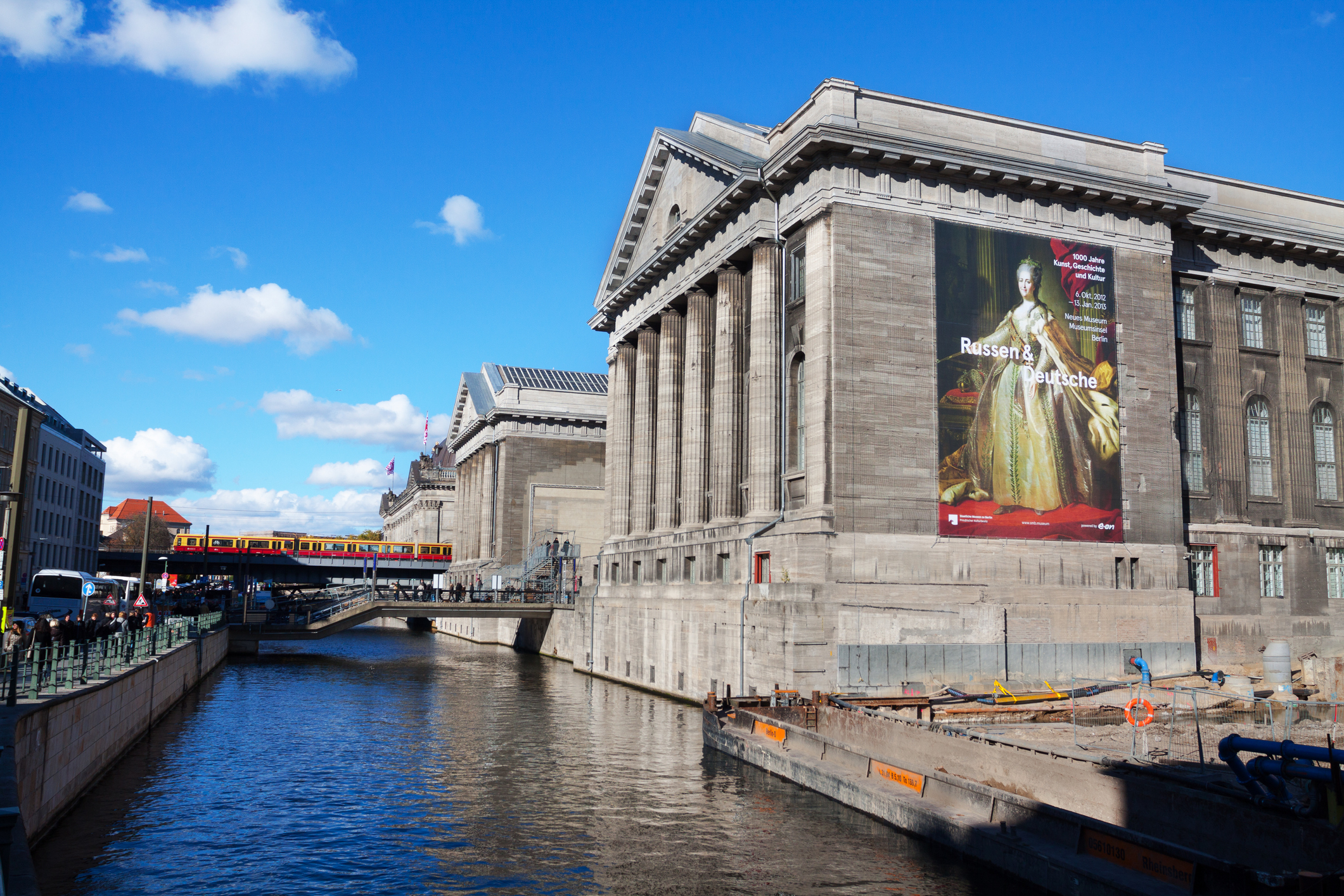 This small island on the River Spree in Berlin’s historic centre and accessible via a pair of pedestrian bridges, is home to a complex, dating back to the early 19th century, of several key museums: the Altes Museum (classical antiquity, especially ancient Greece), the Neues Museum (also some classical antiquity, in addition to ancient Egypt and prehistory from North Africa to northern Europe), the Alte Nationalgalerie (painting and sculpture, especially by 19th-century European Romantic and Impressionist artists), the Bode Museum (focussing on Byzantine and Coptic Egyptian art, coins/medals, and European sculpture through the early Renaissance), the Pergamon Museum (ancient Greece, Rome, and the Middle East, with stars including the 2nd-century BCE Roman Pergamon Altar and the Babilonian Ishtar Gate), and the Humboldt Forum (see below). The Museuminsel is so distinguished that it’s been declared a UNESCO World Heritage Site – more proof, if any is needed,  that it’s very much worth at least a couple of days of the time of any culture vulture worthy of the name! 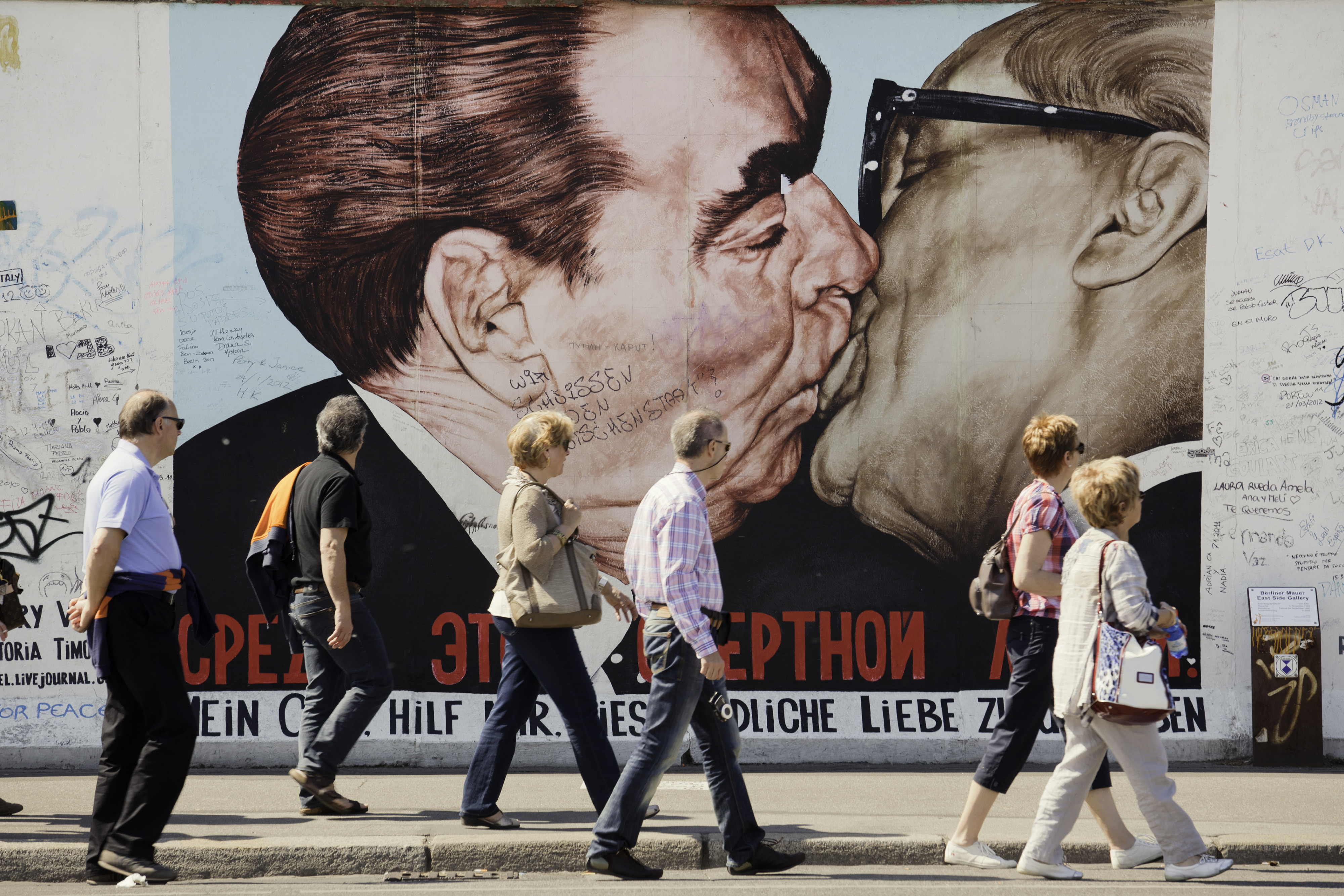 Notoriously, from 1961 through most of 1989, West Berlin was physically walled off from the east of the city as well as surrounding East Germany by more than 156 kilometres (97 miles) of cement wall up to 4.2 metres (nearly 14 feet) high. Much of die Mauer on the western side was plastered with graffiti and urban art, and after most of the wall came down, 118 artists from 21 countries painted even more on over 1,300m (4,265 ft.) of wall, which now can be visited as the East Side Gallery – one of whose most popular/symbolic works is Fraternal Kiss (above), depicting the Leonid Brezhnev and Erick Honnecker, the Communist party bosses of the Soviet Union and East Germany, respectively. 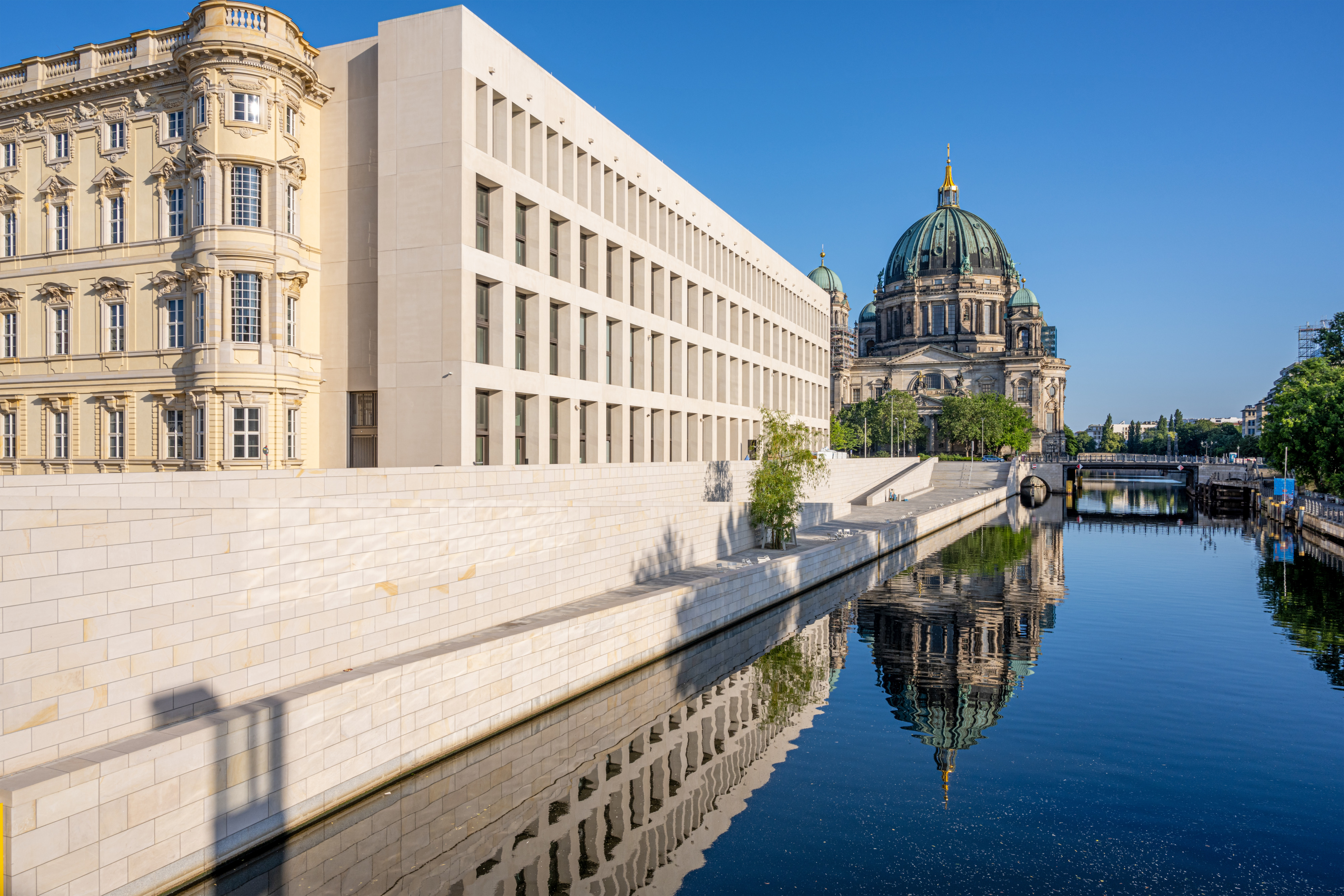 Housed behind three rebuilt Baroque façades of the former royal palace of the Prussian House of Hohenzollern plus a fourth, modern façade fronting the River Spree, the latest addition to the Museuminsel is worth singling out not just because it’s been Berlin’s newest cultural destination (plus the most prominent to debut in Europe in many years) since opening to the public in July 2020, but also because of the nature of its collection. Likened to Germany’s equivalent to the British Museum, its 30,000 square metres (nearly 323,000 sq. ft.) unite the holdings of the former Ethnological Museum of Berlin and Museum of Asian Art to form a magnificent presentation of world cultural heritage, along with temporary exhibitions covering art, other aspects of culture, and science.

Finally, keep in mind that the Berlin WelcomeCard is an excellent investment, providing not just unlimited public transportation but free entry to quite a few museums and attractions, as well as significant dining, shopping, and theatre-ticket discounts. It’s available for various lengths of time, from 48 hours (24 euros) to six days (50€).

Get more great info from VisitBerlin.de and then book your flight with us – currently for as little as 81€ – for a most fantastisch holiday indeed!