Congratulations are in order: UNESCO (the United Nations Educational, Scientific, and Cultural Organisation) has honoured our capital city with its first World Heritage Site designation, elevating Madrid to the ranks of destinations with districts or monuments worth preserving for future generations (the larger Madrid community surrounding the capital already had UNESCO sites, including the royal sites of El Escorial and Aranjuez, which make marvelous day trips).

Our leafy Paseo del Prado boulevard, long a favorite of urban strollers, joins the nearby Buen Retiro Park and 90 other adjacent monuments and institutions to form the Landscape of Arts and Sciences, reflecting a true gem of urban planning: the unique mix of culture, learning, nature, and leisure that have been brought together in this beautiful corner of our city whose universal value UNESCO has recently recognised.

Arts and sciences being the light that guides our civilisation, this corridor has also been dubbed the Landscape of Light, doubly appropriate for its allusion both to the Enlightenment of the 18th century, a period during which many of its key elements were built, and to the intense luminosity of our Madrid skies, born of our clear dry air and setting high on the Meseta Central plateau near the Guadarrama Mountains. 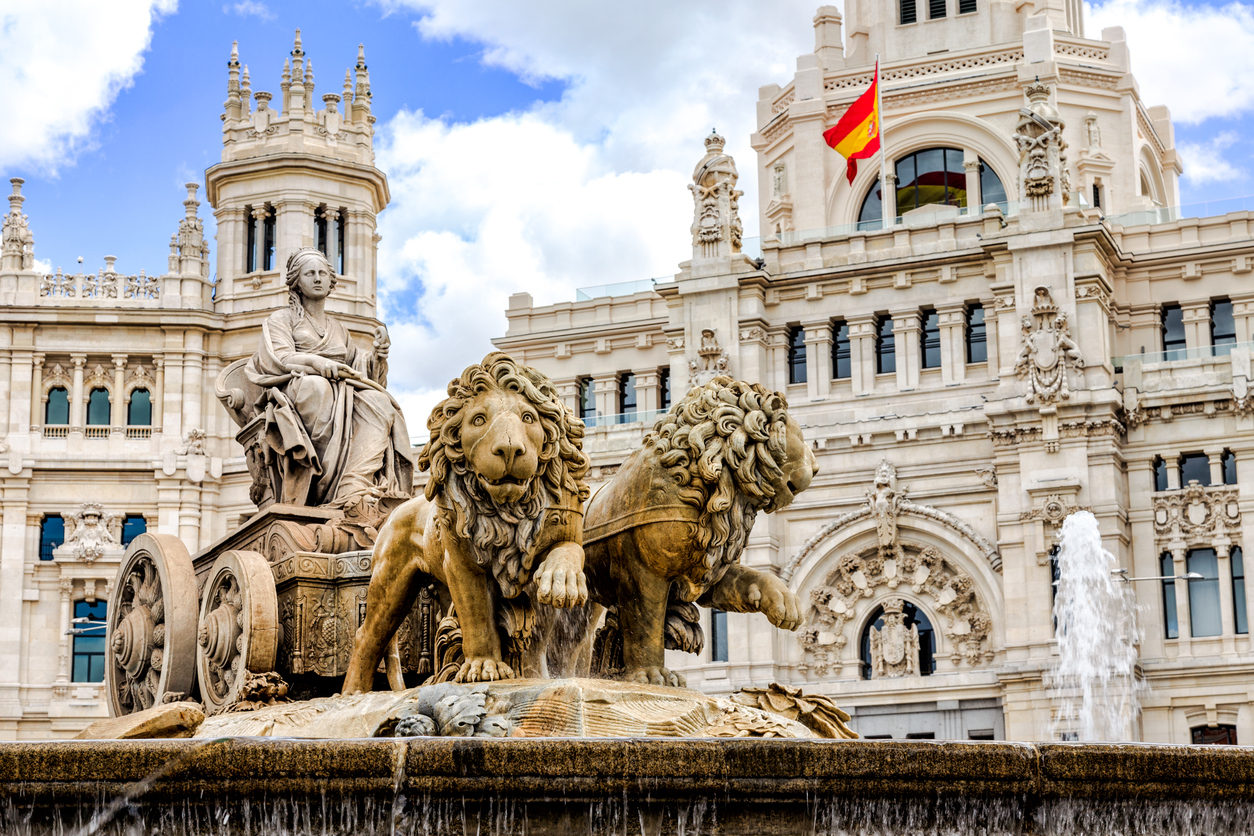 The district includes some of the city’s most iconic landmarks and cultural institutions along the tree-lined Paseo del Prado running 1.5 kilometres (just under a mile) between a pair of squares – the Plaza de Cibeles at its northern end south to the Plaza de Atocha (officially the Plaza del Emperador Carlos V). With roots in the mid-17th century, it’s a lovely stroll (about 20 minutes without stops), along a verdant landscaped median past statuary and monumental fountains – most notably the late-18th-century Neptune Fountain and especially the also neoclassical Cibeles Fountain (above), built around the same time. This depicts the Roman goddess of fertility riding in a chariot drawn by a pair of lions, and it’s a truly inspiring and iconic sight, especially as set against the elaborate Madrid city council building, a glorious mix of Modernist, Art Deco and other styles designed by prominent Madrid architects Antonino Palacios and Joaquin Otamendi of a century ago and inaugurated as the national postal-service headquarters in 1919. 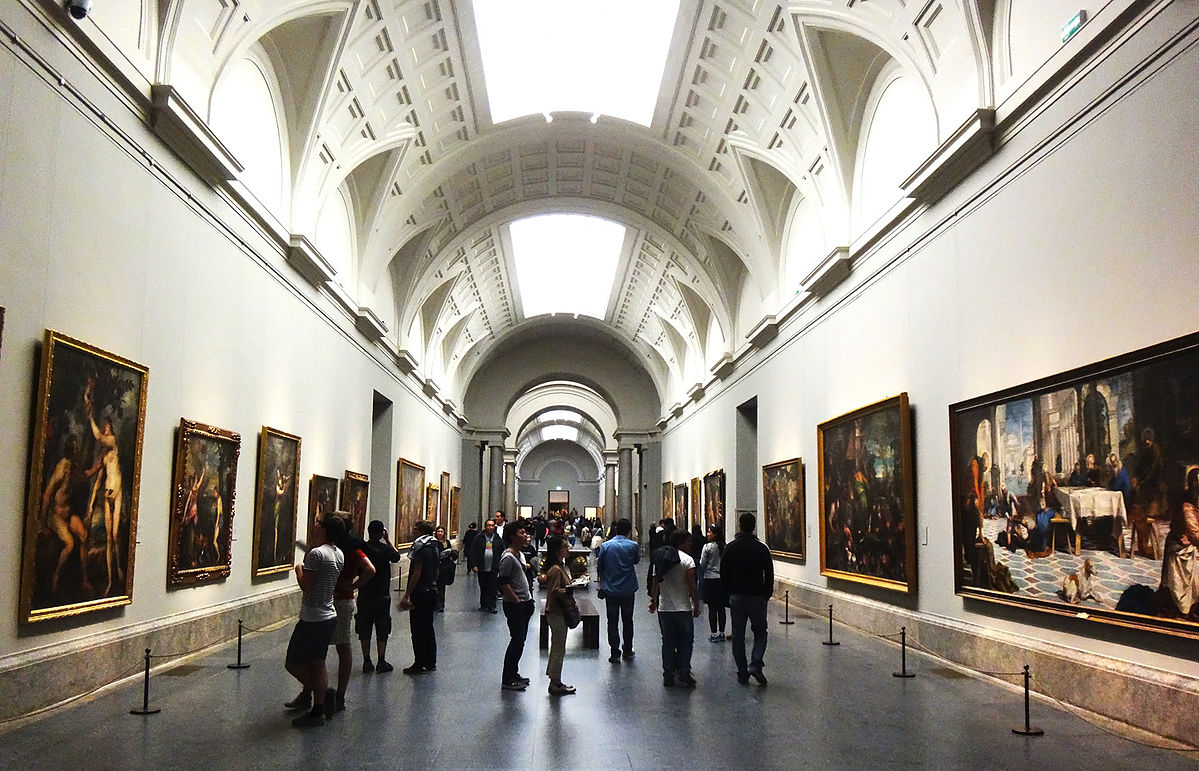 And it’s here, too, that the arts and sciences come into play, because on and around the Paseo del Prado are several of Madrid’s most distinguished museums. The top of the list is of course the Museo del Prado (above), Spain’s foremost art museum, while other institutions include the Thyssen-Bornemisza (spanning eight centuries of European and U.S. artists) and the CaixaForum (international art from the 1980s to the present day), the astronomical Royal Observatory (dating back to the end of the 18th century and open for visits/tours) and the Royal Botanical Garden (occupying this site since 1781 and home to some 30,000 plants plus  1,500 trees). Meanwhile, just a block away from the Paseo you’ll find the Reina Sofía, Spain’s premier modern art museum, as well as the National Anthropology Museum, specialising in non-European cultures and particularly those once ruled by the Spanish empire – not just in Latin America but also in Asia and Africa. 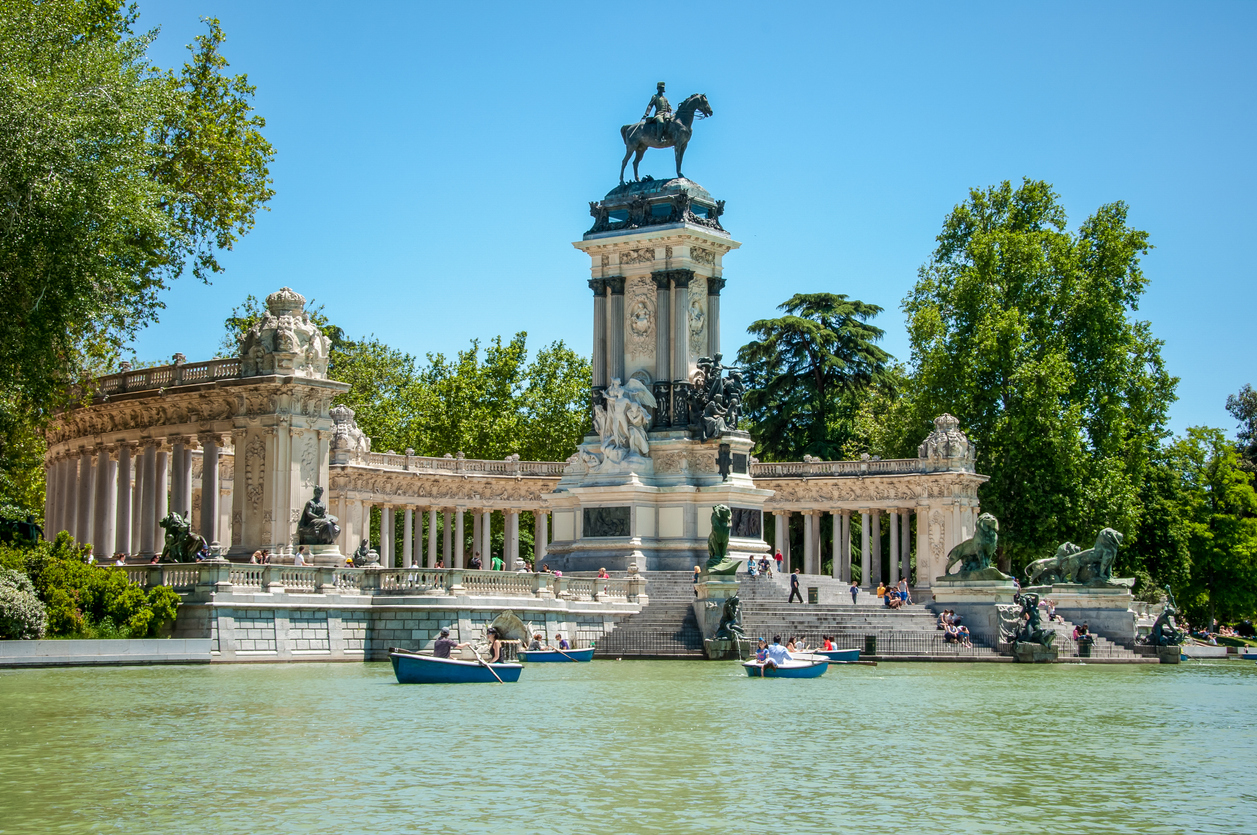 Just east of the Paseo del Prado, the new UNESCO site also includes one of Madrid’s onetime city gates, the 243-year-old Puerta del Alcalá (top) and adjacent to it the city’s most prominent park, the aforementioned Buen Retiro. Created in the late 17th century as a buen retiro (“pleasant retreat”) for the royal court and since 1868 a public park, this 120-hectare (297-acre) spread is anchored by a manmade water basin presided by a 1922 colonnade and equestrian statue of late-19th-century king Alfonso XII (these days it’s plied by rentable dinghies). Notable buildings in the park include the Palacio Velázquez and Palacio de Cristal, both built in the 1880s, as well as the 17th-century Salón de Reinos (“Hall of Kingdoms”), a remnant of the original Buen Retiro royal palace; all are used these days for temporary exhibitions. Meanwhile, out amid the woodsy and grassy patches interspersed with smaller ponds you’ll find plantings including a rose garden. Among the statuary, one especially curious standout is possibly the world’s only public statue of Lucifer, the 1878 Fountain of the Fallen Angel. Most days and especially on weekends, you can find both locals and visitors strolling, biking, sunbathing, and sitting in outdoor cafés.

So whether you’re looking for an city stroll, culture, learning, or a spot of nature, Madrid’s newly anointed Landscape of Light is certain to illuminate your visit to our capital city, as it will now continue to do for generations to come.