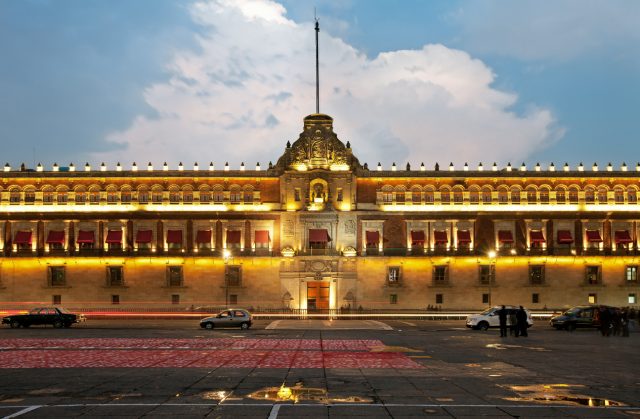 Many travellers flock to Mexico to partake of its paradisiacal beaches and the hopping après-plage nightlife and dining scene. But others are drawn as much or more to its truly amazing history stretching back thousands of years, to colonial and precolumbian times. One remarkable historical repository in the country’s capital is the Palacio Nacional, seat of the Mexican presidency, located on the enormous Zócalo square at the heart of old Mexico City.

This site has been a palace for the emperor and ruling class of the Aztec Empire until it was overthrown by the conquistadores in 1521, and rebuilt as the Spanish viceroy’s palace. After Mexico won its independence from Spain in 1821, it was renamed the National Palace and in the 200 years since has housed various ministries, legislative and court bodies, and of course a number of presidents and two emperors (it was the presidential residence from independence until 1884, but superseded by Los Pinos in Chapultepec Forest until current president Andrés Manuel López Obrador moved it back to the Palacio Nacional upon taking office in 2018). 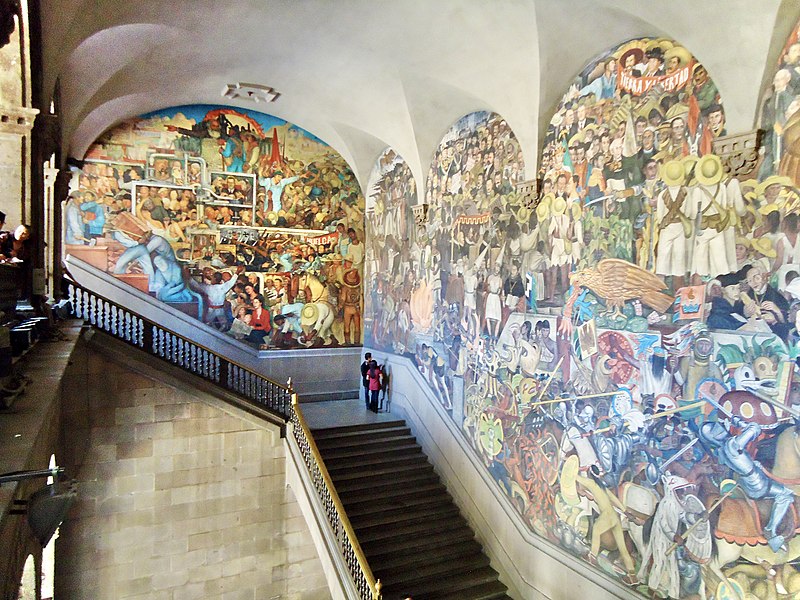 Among the areas of the palace open to visitors (entry is free, and I’d recommend hiring a tour guide to see them), you can see the chamber of independent Mexico’s first legislature; the Gardens of the Empress; and the private rooms of the great 19th-century reformist president Benito Juárez. But for many the highlight is the great collection of murals above the grand ground-floor staircase. Commissioned in 1935 by education minister José Vasconcelos to promote Mexican history to a population which was then largely illiterate, History of Mexico was painted over a 22-year-period by the great muralist Diego Rivera over a 270-square-metre (2,906-sq.-foot) patch of wall, and depicts key moments in the national saga in three stages. The north side concentrates on the precolumbian past including the Aztec empire; the central section covers the Spanish conquest through the struggle for independence from Spain; and the third focusses on the Mexican Revolution of 1910-20 and an imagined future where the workers’ revolution has triumphed (haha). 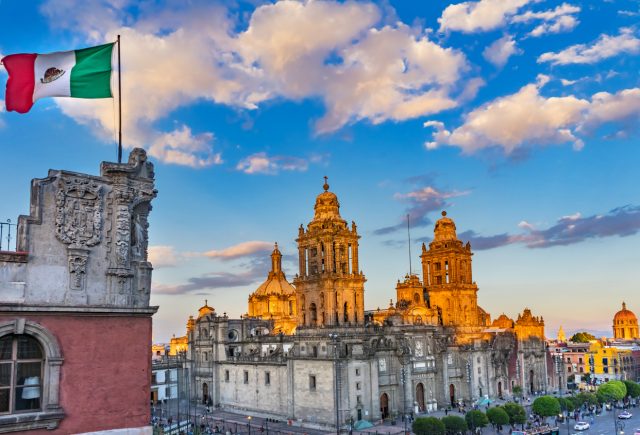 Other Historical Musts of Mexico City

The world’s fifth largest city by population also possesses an extremely rich history dating back nearly 700 years, with a slew of monuments and architecture to fascinate visitors – especially in the colonial-era centro histórico, with the Zócalo at its heart. Also known as the Plaza of the Constitution, it’s home in addition to the Palacio Nacional to the 46,800m² (5,037-sq.-foot) Metropolitan Cathedral (above) right alongside it, built between 1573 and 1813; between them is the Templo Mayor, the remnants of the Aztecs’ main temple, whose 8,000m² (nearly two-acre) expanse is accessible to visitors via walkways.