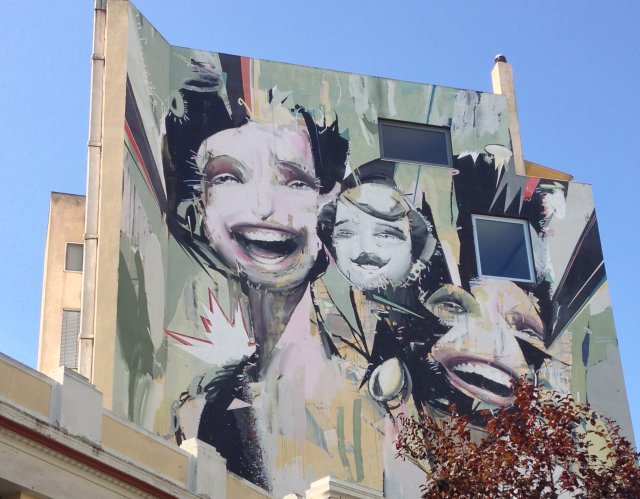 Most tourism in the capital of Greece understandably on ancient sites or traditional neighbourhoods such as Plaka. But to get a fuller picture of Athens, visitors might want to turn their attention to some more modern districts – not just from the 19th and 20th centuries but also places such as Ψυρή (Psiri, also latinised as Psirri, Psyri, and Psyrri), just a ten-minute stroll north of the Acropolis (and easily reachable from the Monastiraki metro station). This gentrifying neighbourhood has become a bastion of the city’s bohemian and avant-garde scene, similar to others this blog has covered in Iberia destinations such as Lima‘s Barranco, Kreuzberg in Berlin, Santiago‘s Lastiarra, and the Wynwood section of Miami.

Like Plaka, Psiri is actually one of this city’s oldest neighbourhoods, dating in some form back thousands of years, but in recent decades an influx of artists and students has transformed it into Athens’ premier hip, “bohemian”, and alternative-culture district, as well as a nightlife hub along with Gazi.

Main drags like Anargiron and Athinas as well as Platia Iroon (Heroes Square) are busy most times of the day and night, and there are also plenty of out-of-the-way corners dotting Psiri as well. Buildings tend toward neoclassical, and these days colourful façades abound. 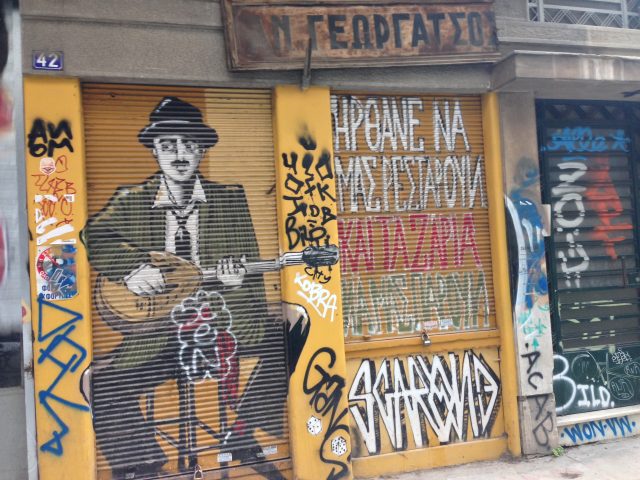 The young people who’ve set up shop in what’s become known as the SoHo of Athens are largely responsible for the wide variety of multicultural establishments now lining its streets, including funky tattoo shops; hip cafés; cutting-edge art galleries; boutique hotels among a range of accommodations for all wallets; and various cool shops hawking the likes of both vintage and cutting-edge fashion, jewelry, furniture, and spices. And of course amidst all of this there are plenty of culinary offerings, too, starting with the city’s 260,000-square-metre (279,862-sq.-foot) Varvakios Agora (Central Market), where some 350 vendors offer great photo ops – it’s Europe‘s largest fresh-fish market, for example – along with eateries serving traditional Greek dishes. Beyond that, the menus range from traditional to international at dozens of other indoor and outdoor cafés and restaurants with lively ambiances.

You’ll also note plenty of Psiri’s signature wall murals, from grafitti to elaborate scenes and montages equal to anywhere in the world, with those on Platia Iroon of particular note. The district’s many galleries are another source of contemporary art, many displaying up-and-coming artists whose works beyond livening up your walls are undoubtedly a good investment. And throughout it all you’ll come across compelling live performances of traditional and modern music, both on the streets and in bars and other venues.

So yes, to get beyond the ancient sites and traditional Greek culture, a wander around Psiri should definitely be on your Athens itinerary, to explore the beating heart of the city’s modern scene. And let Iberia take you there with its highly affordable  flights – at the moment from just 99 euros round-trip – kaló taxídi (bon voyage)!