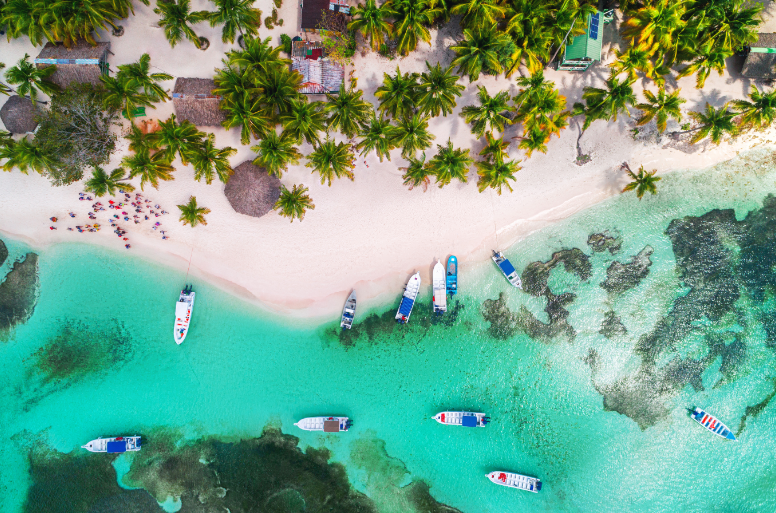 While travel is certainly trickier during our “new normal” of 2020, it’s certainly eminently doable. And as the weather starts to cool in Europe and the rest of the Northern Hemisphere, many of the islands of the Caribbean is still welcoming visitors – with all proper precautions taken, of course. One good example is the tropical Dominican Republic (which is even allowing travel from the United States, one of fewer than a dozen countries to currently do so), home to a fantastic menu of beaches, adventure, baseball, cigars, music, and colonial architecture/history. 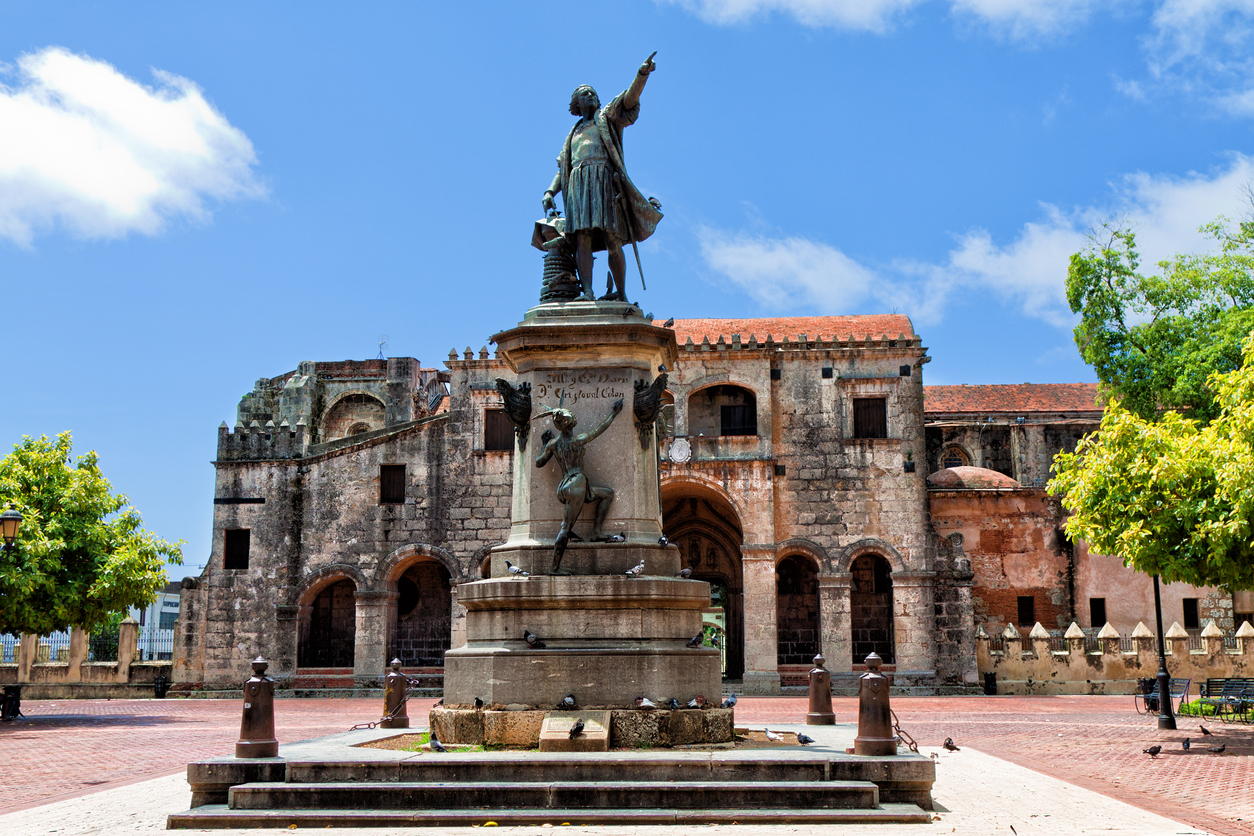 Especially when it comes to that last one, the DR is a standout thanks to being the first place the Spaniards colonised, founding capital Santo Domingo in 1496. Its UNESCO World Heritage colonial quarter includes remnants of the original wall that once surrounded it as well as the first cathedral (above), fortress (Fortaleza Ozama, also affording great views out over the old town), and colonial street (Calle de las Damas) built in the Americas. 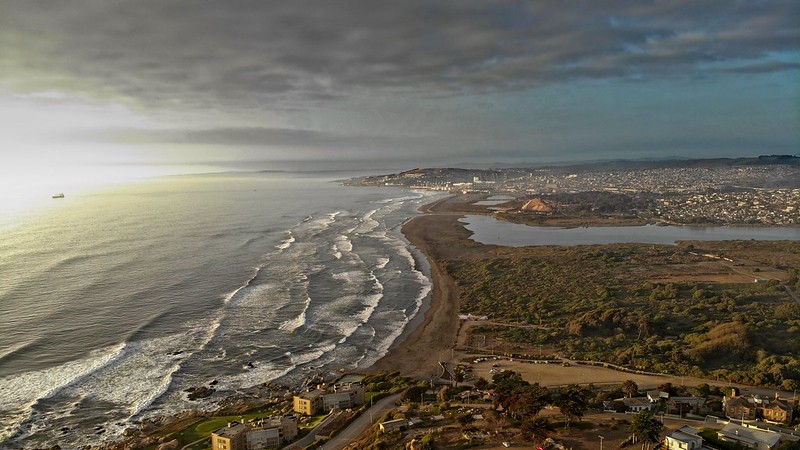 All that being duly and appreciatively noted, the vast majority of visitors come to the Dominican not because of its impressive history but its dreamy beaches – along with the resorts that’ve grown up along them – in places like Bávaro/Punta Cana at the eastern tip and the north coast’s Puerto Plata/Sosúa/Cabarete and the Samaná Peninsula. Some top examples include:

Punta Cana’s “White Beach” is certainly that, as well as one of the country’s prettiest and most paradisiacal, and particularly famed for its spectacular sunsets. Besides the usual sunning, swimming, snorkeling, scuba, and kayaking, it’s got stretches of sand devoted to volleyball and football. And speaking of snorkeling and diving, one especially cool feature here is the Igneri Caribe Taíno Underwater Museum, a set of nearly two dozen large statues depicting Taínos, the precolumbian people who swiftly died out after the Spanish conquest. Playa Blanca is also notable in that it’s a public beach, open to all comers as opposed to private beaches accessible only to resort guests.

If castaway beaches are more your style, at the country’s southwestern corner, near its border with Haiti, the “Bay of Eagles” stretches a whopping eight kilometres (five miles); is isolated in a protected area 25km (16 mi.) from the nearest town, Pedernales; and is surrounded by arid-country vegetation like cacti instead of palm trees. There’s a lot of great hiking on nearby trails, as well.

Also very much untouristed and off the beaten path, near the city of Baní (roughly midway along the south coast, about an hour’s drive west of Santo Domingo, the Salinas Peninsula (named after its old salt ponds and historic wooden salt-manufacturing facilities) is home to gray-sand Playa El Derrumbao, (as well as Playa Salinas and Playa de los Almendros), delightfully untouristed though can fill up a bit with locals at the weekends. At El Derrumbao you’ll find calm, clear waters filled with fish, corals, sponges – and sea urchins – best to wear water shoes here. But perhaps the most unusual feature nearby is the Dunas de las Calderas National Monument, 20 square kilometres (nearly eight square miles) of the Caribbean’s tallest sand dunes – some as high as 12 metres (39 feet); you can book a tour with local naturalists). 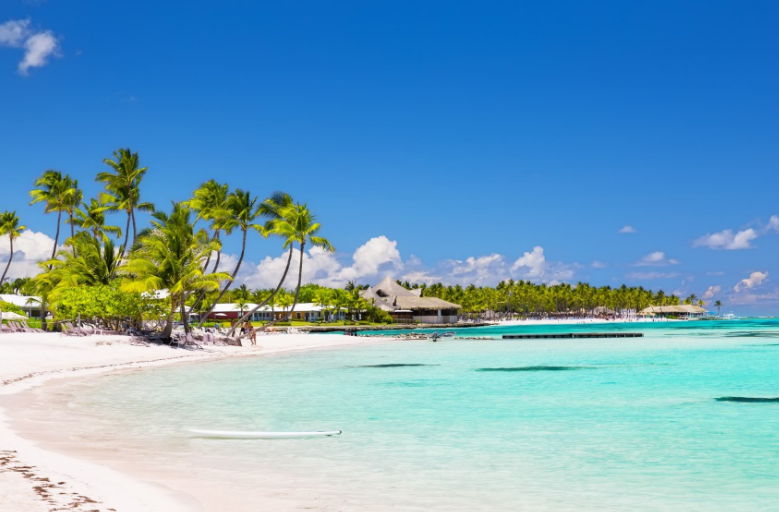 On San Andrés Bay, a half-hour drive east of Santo Domingo, Boca Chica became one of the DR’s first beach resorts, frequented by the elite beginning in the 1950s. Since the 1970s has been extremely popular with average Dominicans (especially families) thanks to its easy access from the capital; calm, shallow waters (in part thanks to a natural breakwater); powdery sand; and extensive resorts, eateries, and amenities. Other local attractions include a pair of islands, Los Pinos (basically a glorified sandbar, reachable by boat and standup paddleboard) and mangrove cay La Matica y La Piedra; a pair of marinas; and a freshwater spring.

Two hours east of Santo Domingo (about halfway to Punta Cana), this funky, laid-back little fishing village of around 2,000 full-time inhabitants has a batch of small hotels and guesthouses as well as several large resorts. Its main appeal, besides a nice beach with calm, clear waters, is an abundance of marine life, making it a topflight snorkelling and diving destination to marvel at its masses of colourful corals, fish, starfish, even manatees. Bayahibe is also the jumpoff site for excursions to beautiful Saona Island as well as the beaches, caves and dive sites of the nearby Parque Nacional del Este.

So there you have it: Sun, sand, sea, adventure, and ecowonders, mixed with gems of the Western Hemisphere‘s oldest Spanish-colonial history – what’s not to like in a warm-weather holiday? Come and check out Iberia’s cheap flights to Santo Domingo – it’s just what the destination doctor is ordering this fall and winter!