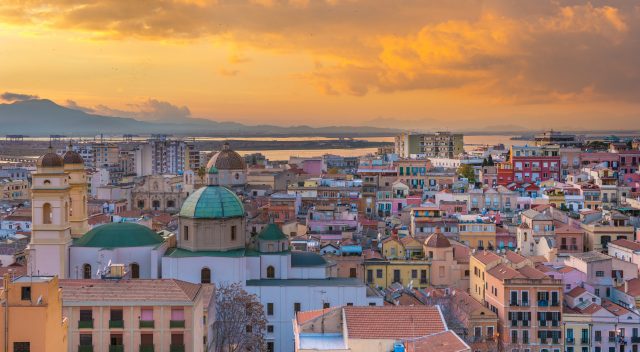 Ah, magical Sardegna. It has some of Italy‘s most rugged, beautiful scenery; spectacular beaches including those of the jet-settish Costa Smeralda; exciting outoor adventures; and a distinctive history, language and culture. There’s a reason why Iberia has in 2020 opened a second gateway on this fascinating island (the northern city of Olbia).

And an excellent place to start your Sardinian adventure is its scenic capital and most populous city, with 155,000 inhabitants and a metro area population, including 16 other nearby munipalities, of 431,000. Spead across a series of hills on the southeast coast, Cagliari (known as Casteddu in the Sarda language) was founded as far back as the 8th century BCE as a Phoenician colony of Karaly, and was further developed under Carthaginian, then Roman rule (as Caralis). The march of rulers and civilisations continued under the Vandals, the Byzantines, the Republic of Pisa, the Crown of Aragon, and the House of Savoy before becoming part of unified Italy – and much of this legacy can still be seen in the architectural and cultural tapestry of this proud city.

We’ll start (literally) at the top at the Castello di San Michele, a doughty 12th-century fortification of which a couple of towers and its wall remain from the original structure, and nowadays you’ll find that it has become an interesting centre for art and culture, surrounded by a beautiful park of the same name.

Next we continue up to the Torre di San Pancrazio on Piazza Indipendenza, without a doubt one of the most iconic points in the city that, at 36 metres (118 feet) tall, is Cagliari’s highest structure and offers one of the best views of out over the city. Built as a watchtower in 1305, it was later turned into a prison and is now also open to visitors. Another notable landmark with spectacular views, the neoclassical San Remy Bastion, built at the end of the 19th century and accessible via marble steps leading up from Piazza Constituzione. 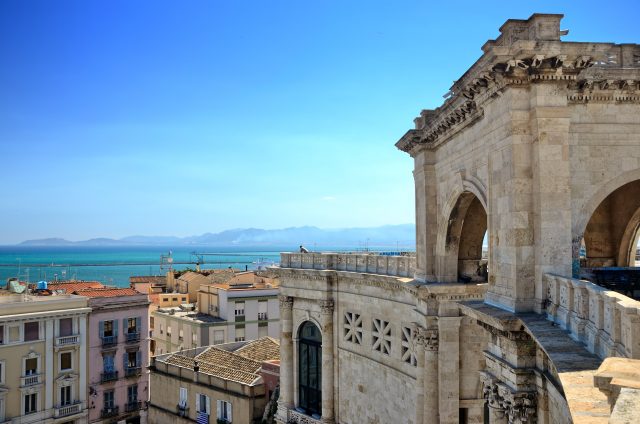 And another must is the Torre dell’Elefante (Elephant Tower), named for the pachyderm sculpture jutting from the façade) and built a couple of years after San Pancrazio, in the mazelike medieval old quarter, known as Castello (Su Casteddu in Sarda). This is also where you’ll find the Royal Palace, also known as the Cagliari Palace. Built under the Aragonese viceroys in the 14th century, it’s undergone various modifications over the years, and what especially stands out are its stunning decorations; look closely and you’ll surely be fascinated by their Greek and Roman mythological themes.

And this being Italy, there are plenty of old churches, and the most prominent is the Romanesque Cattedrale di Santa Maria, built throughout the 13th century, during the rule of the Pisan Republic and inspired by Pisa’s own cathedral (the interior, by the way, is 17th-century Baroque). Another interesting one with a Spanish connection is Sanctuary of Our Lady of Bonaria, built in the 1320s by Aragonese/Catalans (fun fact: centuries later, the Argentina‘s capital Buenos Aires was so christened by Spanish priest who was a devotee of Bonaria’s madonna – bonaria in the Sardinian language and buenos aires in Spanish both mean “fair winds”.) 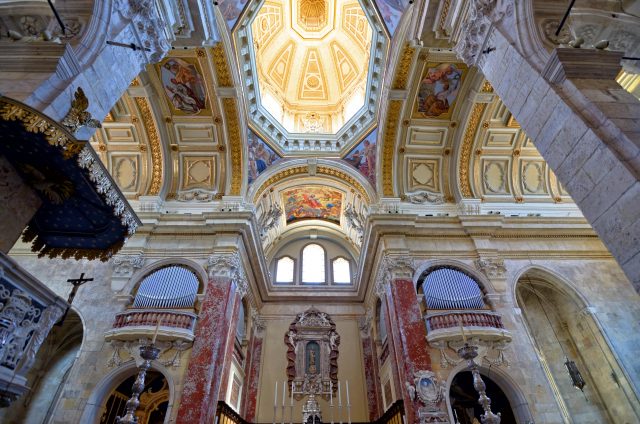 Next stop is the Roman Amphitheatre, a direct result of the Roman siege back in the 2nd century. Although only part of it remains, it’s an interesting place to visit and feel that special energy they say it gives off; and if you’re lucky, you can even enjoy a concert here during the summer. Other ancient sites within city limits include domus de janus, cave tombs dating as far back as 3400 BC, and the remains of the Carthaginian settlement, dating back to the 6th century BCE.

At the northern end of the Castello district, it’s also very worthwhile to visit the Cittadella dei Musei, once the city’s arsenal and now housing several fine museums. Top of the list here is the Museo Archeologico Nazionale, home to Sardinia’s most important collection of archaeological remains, with pieces that range from the Byzantine era back to prehistory – with special attention to Sardinia’s unique, Bronze Age nuraghic culture, the most advanced of its day, named after the island’s thousands fascinating stone landmarks called nuraghe. And right nearby, art lovers the Pinacoteca Nazionale displays work from the 15th to early 20th centuries.

Finally, it’s not all history and culture here, of course. In warm weather (which sometimes runs through early October), take a beach break at several nearby strands, most prominently Spiaggia del Poetto to the south, an eight-kilometre (five-mile) stretch with a panoply of water sports (including windsurfing and kitesurfing, thanks to the stiff breezes here), named after the surrounding neighbourhood, which also includes plenty of eateries and nightlife options.