For some centuries now, February has traditionally been the season of Carnival and its festivities and partying that let Catholics live it up and let their hair down a bit before the traditionally abstemious six-week period of Lent leading up to Easter. The most celebrated of course take place in Europe and the Americas, in places like Rio de Janeiro, Venice, New Orleans, and Trinidad and Tobago in the Caribbean (not to mention several distinctive ones in Spain). But today I’m taking a look at another country with a Christian tradition – not a Catholic but a Protestant one – and the three-day Karneval celebrated starting today in its charming capital (and Iberia destination). Welcome to Fastelavn in Copenhagen, Denmark!

Danes are by and large a content lot, though they can be a bit reserved at first. Give them an excuse to party (and to drink), however, and they turn into a fun-loving bunch indeed – and Fastelavn (Shrovetide, literally “Fasting Eve”) is a tailor-made excuse. It has its roots in the country’s Old Norse, pre-Christian past, when winter is waning, the nights are getting shorter and the days longer, and everyone’s anxious to say goodbye to more darkness and warmly welcome more light in the approaching spring. 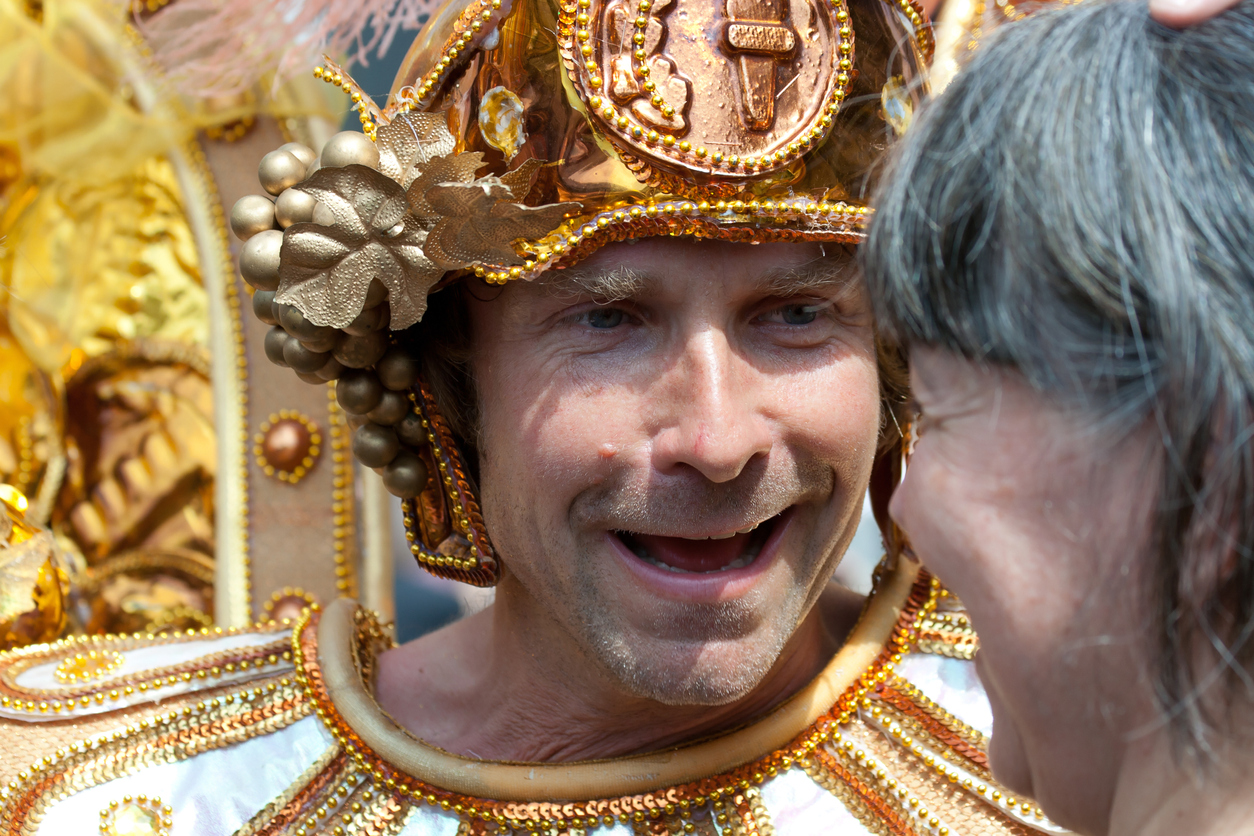 Fastelavn processions have been documented in Danish towns back to at least the 18th century, and though many of those historical ones have since died out, the tradition was revived in a big way in Copenhagen in 1982, now involving revellers – many in (sometimes scanty) costumes –  taking to the streets in a mix of parades through the streets – sometimes with international themes, such as Asian dragon dances, Russian folk dances, even Peruvian culture. The merrymaking continues with world music concerts in one of the city’s big parks, Fælledparken, with some 120 musical groups performing and hundreds of thousands in attendance. 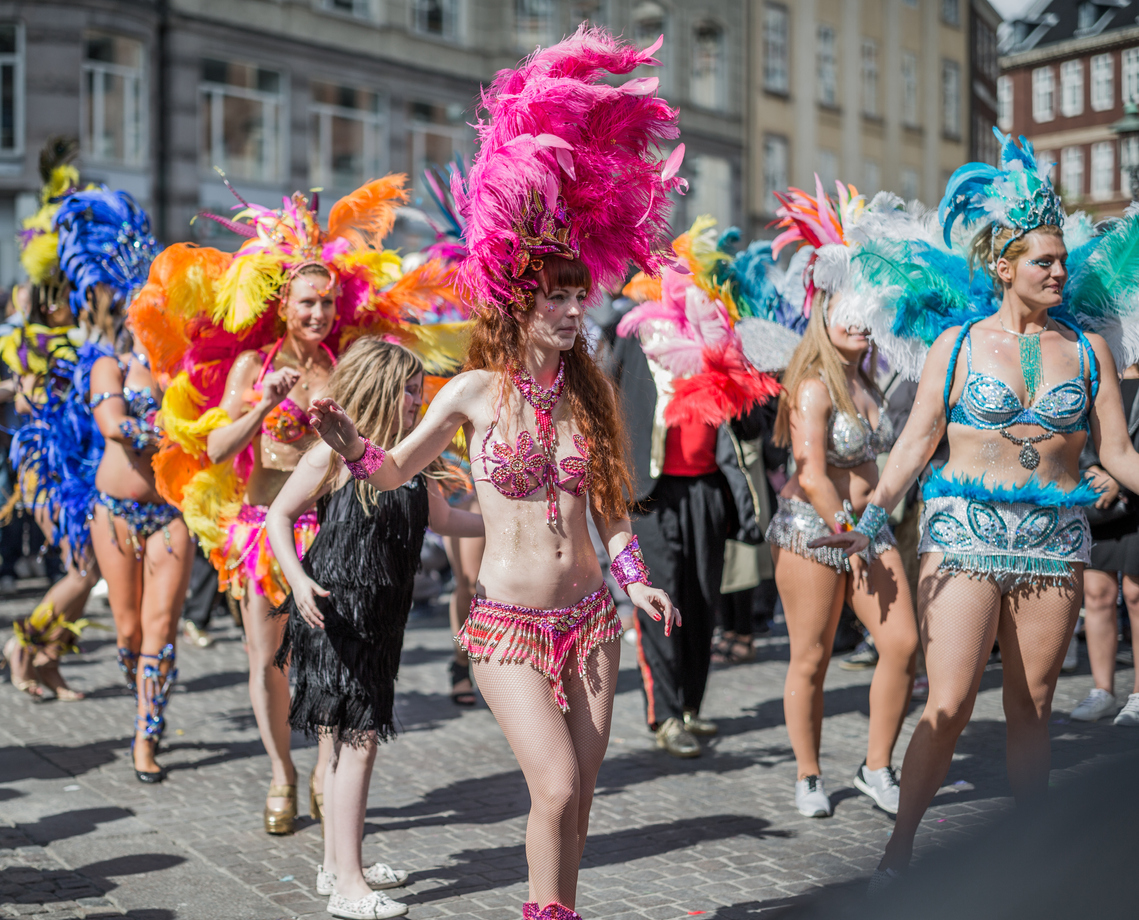 There are also a number of holiday traditions still celebrated by Danes, especially children. Iced, cream filled Fastelavnsboller (Shrovetide buns, below) are sold at bakeries throughout the month, and costumed kids go door to door, Halloween-trick-or-treat style (with a little ditty that goes, “buns I want/If I get no buns/I will make trouble!).  In addition, at parties they still play the game of slå katten af tønden (“hit the cat out of the barrel); not unlike the Latin piñata tradition, it involves a sweets-filled wooden barrel at which they bang away with sticks until it breaks and the goodies pour out (in the olden days, there used to be an actual cat in the barrel, although it was allowed to escape after the barrel was broken open). Yet another cute tradition involves the little ones waking up mum and dad on Fastelavns Sunday by playfully flogging them with decorated bunches of fruit-tree twigs called fastelavnsris.

Thus is tradition – and fun – kept alive in age-old ways in modern Denmark. Next year, come join the fun with Iberia!