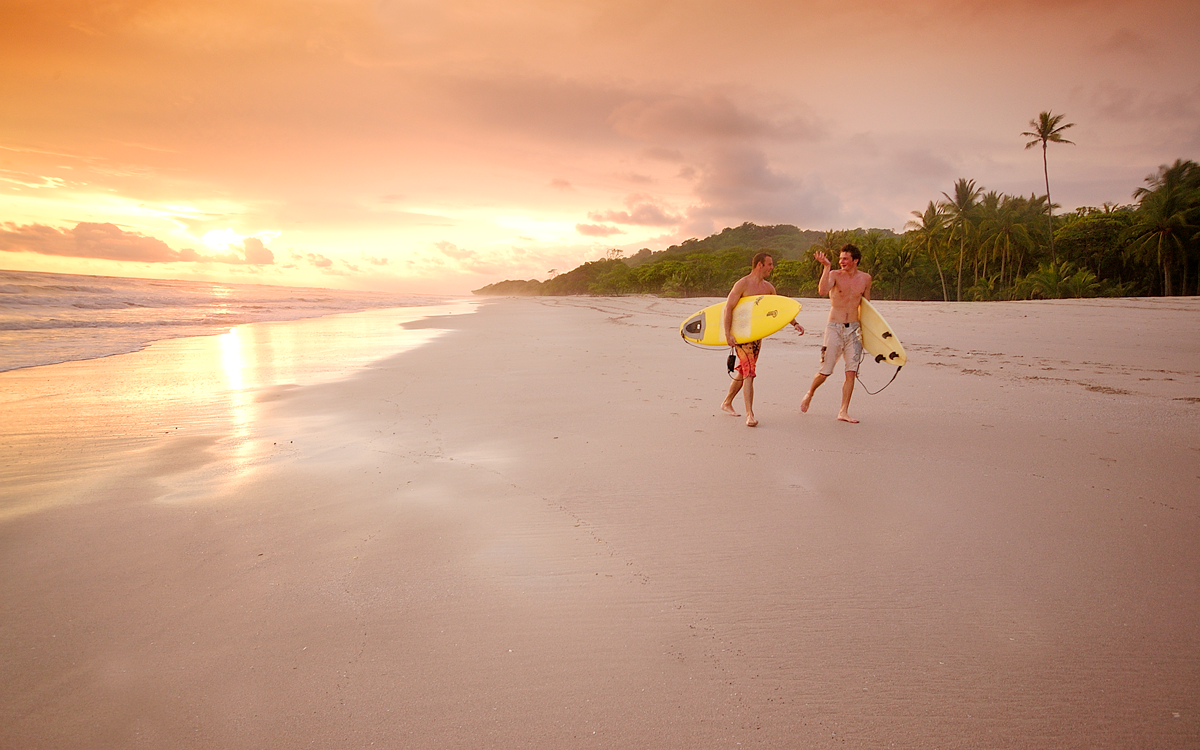 The last decade in particular has cemented the position of this remarkable little Central American country as one of the world’s top ecotourism powerhouses. But alongside that, its verdant jungles and forests as well as its powdery beaches have also increasingly become the backdrop for a thrilling panoply of adventure options that together with the eco side make Costa Rica arguably the planet’s premier bucket-lister for active, outdoorsy, and nature-loving travellers. Whether it’s whizzing through the jungle canopy on a zipline; braving churning rapids in a raft; or riding the kicky waves of its Pacific and Caribbean coasts, this country provides no end of action – enough to pull adrenaline junkies back time and time again!

With four separate zones differentiated by types of waves and winds (one of the many pluses of having beaches a coast on both the Pacific Ocean and the Caribbean Sea), over the past few years Costa Rica has been developing a world-class surfing scene (in fact, on more than one occasion it’s played host to the annual World Surfing Championship). This is due to three main factors. One is the amazing quality of its kick-arse waves, such as those at Playa Pavones on the southern Pacific coast, where waves have clocked in at more than a kilometre (nearly ⅔ mile) long. Then there’s the chance to go surfing among virgin sands like those at Potrero Grande up on the Guanacaste coast. And of course there’s simply the wonderful climate down here – sunny and with steadily warm air and water temperatures year round (the waters, for example around 23º Celsius (73º Fahrenheit). Some of the country’s top surf meccas include Playas Tamarindo, Guiones, Santa Teresa (top), and Naranjo – this last lying inside the Santa Rosa National Park.

Rafting on the Pacuare River

A River Roars Through It

Another kind of adrenaline on the water can be found in Costa Rica’s rivers, from mild to wild. The class II and III rapids of Río Balsa near the Central Valley‘s Arenal Volcano and town of La Fortuna are perfect for beginners, while the III and IV whitewater of Río Naranjo near the Pacific coast’s Manuel Antonio National Park rushes between imposing canyons, with curves that will delight more advanced rafters. But the real star is without a doubt Río Pacuare (above) on the Caribbean side, with sections of varying difficulty all the way up to class V.  Considered by many experts to be among the world’s very best rafting rivers, it’s also notable for the sheer natural beauty which surrounds it as it passes through jungles and waterfalls past a wide variety of flora and fauna. On these and other rivers, visitors can sign on to various adventure outfitters to give them the richest, most exciting experience possible.

Tubing at the foot of Rincón de la Vieja Volcano

Another fun riverborne activity that’s a little milder and more suitable for families with young kids, is tubing, which lets people float more leisurely along and take in the jungles and mountains as they glide by. You’ll find tubers on some of the slower sections of rafting rivers like Pacuare, but it’s more common on smaller ones like the Río Negro, which flows at the feet of the Rincón de la Vieja Volcano (above). 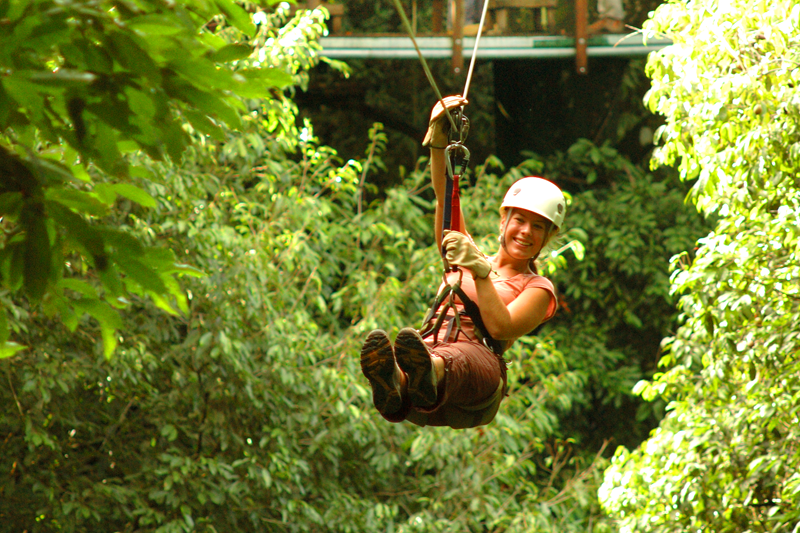 Ziplining through the Monteverde cloud forest

Imagine yourself in a harness whooshing down a cable through the jungle treetops, with hills, mountains, and sometimes seas around you in the distance. The zipline was actually invented here in the 1970s to help biologists move around and study the environment without unduly disturbing it, and in the 1990s it was adapted by entrepreneurs to offer as an experience for visitors, and also known as a canopy tour. These days you’ll find them across Costa Rica, from the Talamanca hills down near the Caribbean towns of Puerto Viejo and Cahuita up to the Pacific volcanoes of Rincón de la Vieja National Park. But the best known of all are to be found in the place where the zipline was first introduced: the cool “cloud forests” of Monteverde (above), a plateau up in the Tilarán Mountains northwest of the Central Valley and east of the Pacific coast. Here you’ll find several operations offering thrills along hundreds of metres worth of ziplines suspended as high as 150m (492 ft.) above the ground (gulp!).

There’s plenty more where that came from – rock climbing, canyoning, paragliding, and more. For additional info on Costa Rica’s huge menu of adventure, check out VisitCostaRica.com.