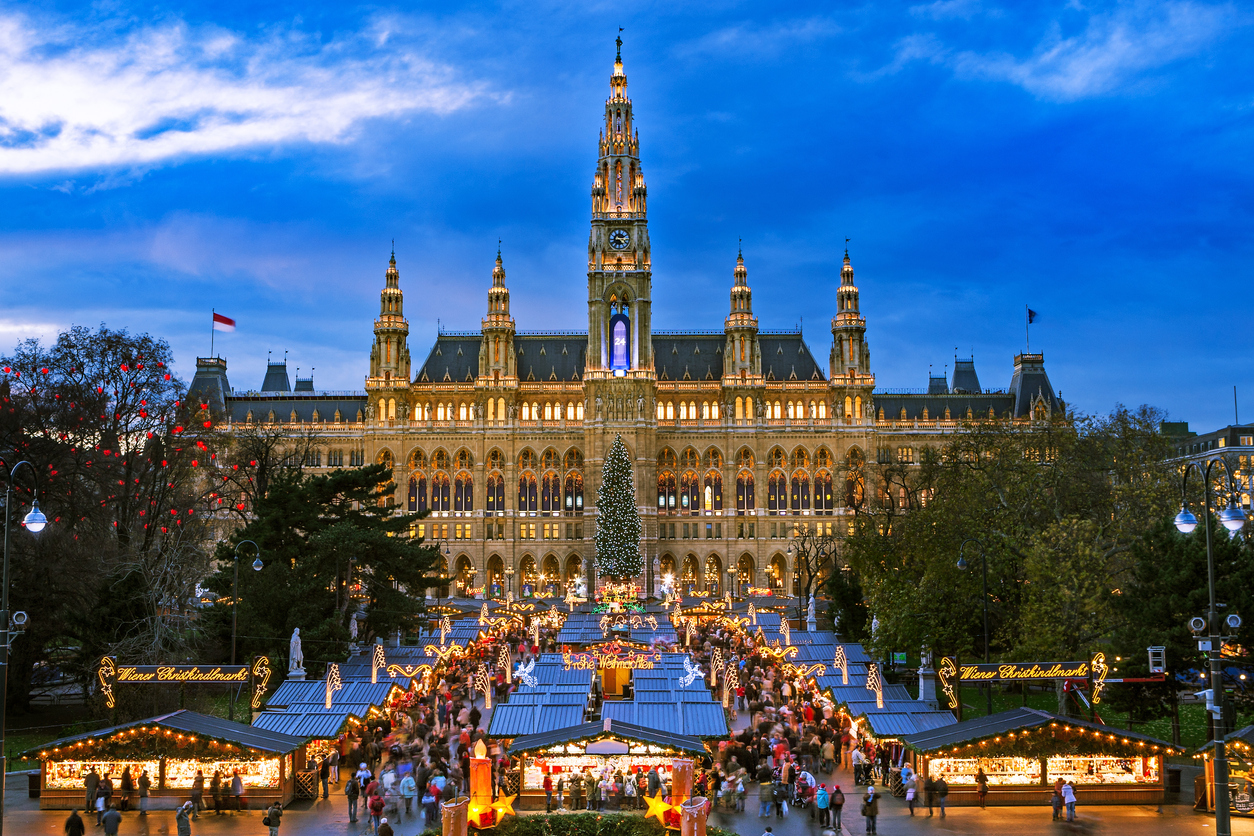 Few great world cities can be said to be as ardently and inextricably tied to music as Austria‘s capital. In this case, of course, classical, echoeing with the footsteps and sounds of immortal composers such as Beethoven, Gluck, Haydn, Mozart (oh, especially Mozart), Schubert, two Strausses, and Vivaldi, among many who hailed from, lived in, or passed through the Habsburg capital of the Austro-Hungarian Empire, leaving their indelible marks on the local culture and consciousness.

Iberia is of course honoured to be quite familiar with the musical and myriad other charms of Vienna, marking as it does this year five decades of serving one of Europe’s loveliest big-city destinations – in recent years even upping the frequency to three times daily from/to Madrid. So to mark the occasion, how about a classical-music themed waltz through the Imperial City?

As I mentioned above, you can’t talk about Vienna without talking about classical music, and its great composers and performers – and beyond that, a tour of the city in their footsteps is a delightful and elegant way to get to know this grande dame on the Danube. 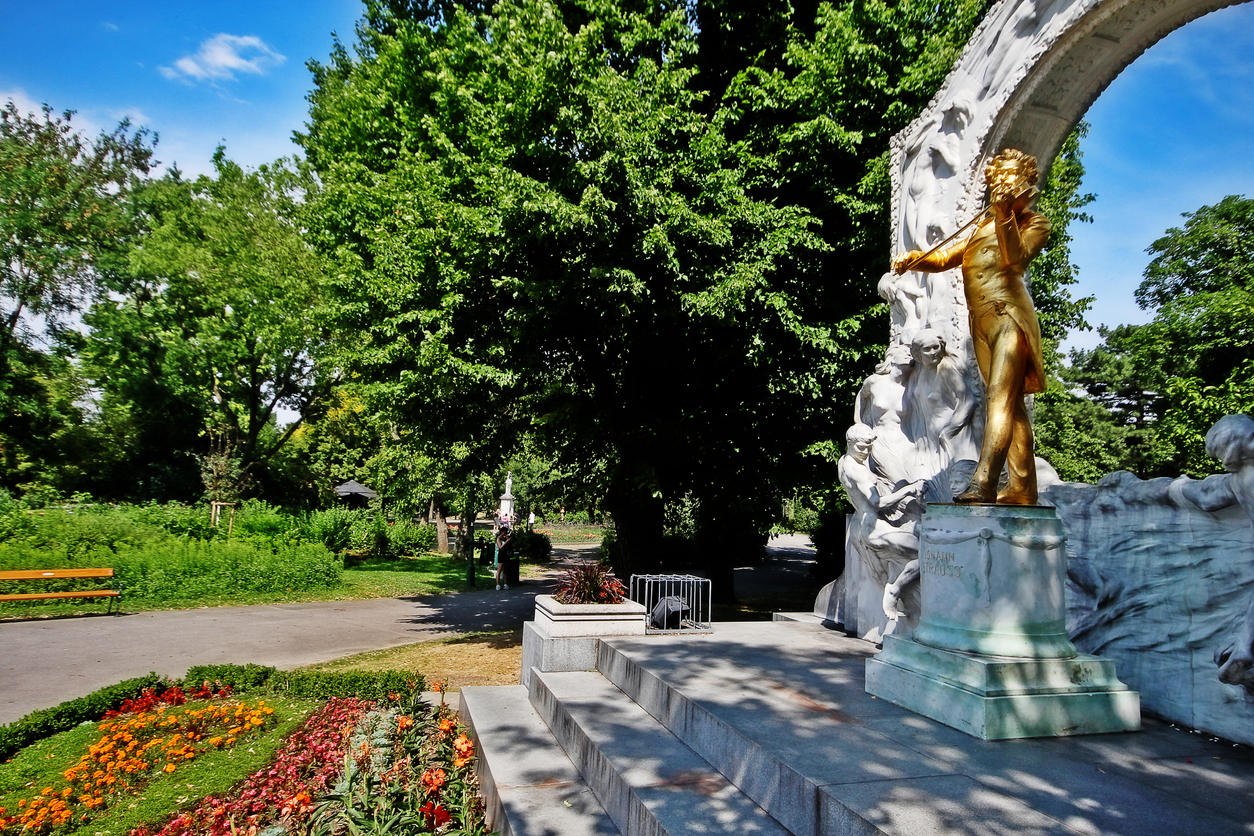 Speaking of waltzes, perhaps no other composer is more closely identified with Wien than native son Johan Strauss (1825-99), the king of the waltzes and composer of the most famous of them all, The Blue Danube – this country’s unofficial anthem. Here at Praterstrasse 54 (barely 15 minutes by taxi and a half hour via public transportation from Vienna’s Old Town, the Innere Stadt) you can visit the Johan Strauss Wohnung, the flat he occupied for more than seven years, now a museum with period furnishings, artifacts including original instruments, and portraits of the composer. Over in the Mariahilf district, check out the Theater an der Wien, inaugurated in 1801, where many of Strauss’ operettas debuted, along with works by Beethoven and other noted composers. And it was at the imposing Karlskirche, finished in 1737 and considered Vienna’s most outstanding Baroque church, that Strauss married his second wife, Angelika Dittrich. Finally, in the centrally located Stadtpark, the gilded memorial (above) to the composer is one of the city’s most photographed.

Just as relevant to Viennese culture and history is Franz Schubert (1797-1828), who lived a life surrounded by intellectuals and bohemians of his day. A student of Antonio Salieri and highly influenced by Beethoven, over the course of his short life he composed symphonies, operas, chamber music, church music, and most of all Lieder, poetry set to classical music that were the forerunners of modern songs. Music buffs can visit both the dwellings where he was born and where he died; at the former, at Nussdorfer Strasse 54, highlights include first editions of his works and a set of his famous round nickel spectacles, while the latter (Kettenbrückengasse 6), where he died of illness at age 31, contains late-period works along with his last letters and various documentation about his death and burial. And of course the great man also has his own Stadtpark memorial. 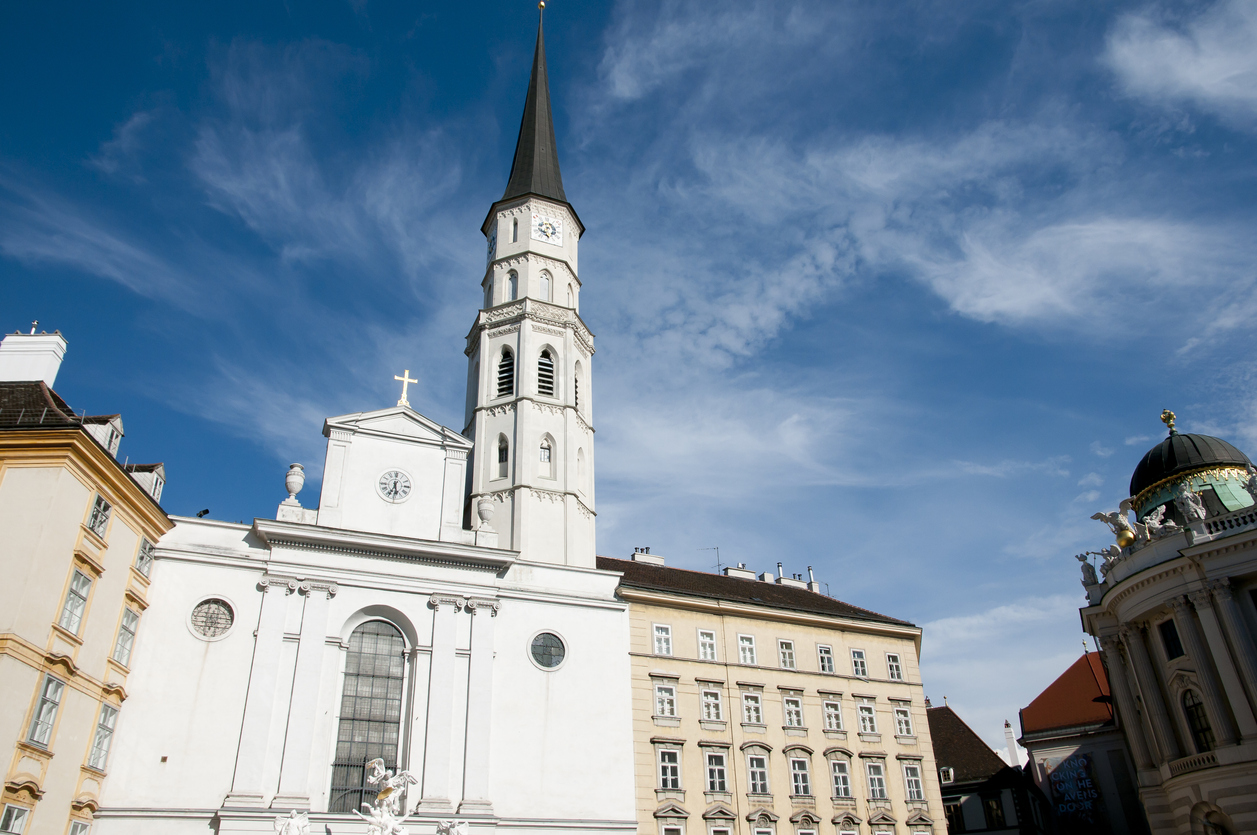 The third great composer with a long and illustrious trail in Vienna is Wolfgang Amadeus Mozart (1756-91), born in Salzburg but whose ten-year life here (1781-91) produced some of his best work, and started off with a bang: a concert in Schönbrunn Palace‘s Hall of Mirrors before no less than Empress Maria Theresa. It was in the early-13th-century court church Michaelerkirche where he played his famous Requiem for the first time; this Romanesque gem is especially known for its 305-year-old pipe organ and its large crypt, whose particular conditions and temperature preserve  corpses preternaturally well, and they’re on display in impressive finery. Other Mozartian landmarks include the Österreichische Nationalbibliothek (National Library), where he gave Sonntagsakademien concerts; the city’s spectacular and distinctive cathedral, the Stephansdom, founded in the 12th century and site of his 1782 wedding to Constanze Weber en 1782; and of course his only surviving Viennese residence, the four-storey Mozarthaus (Domgasse 5), which tells the story of the composer’s brief but fruitful life here, including details about his association with Freemasonry. 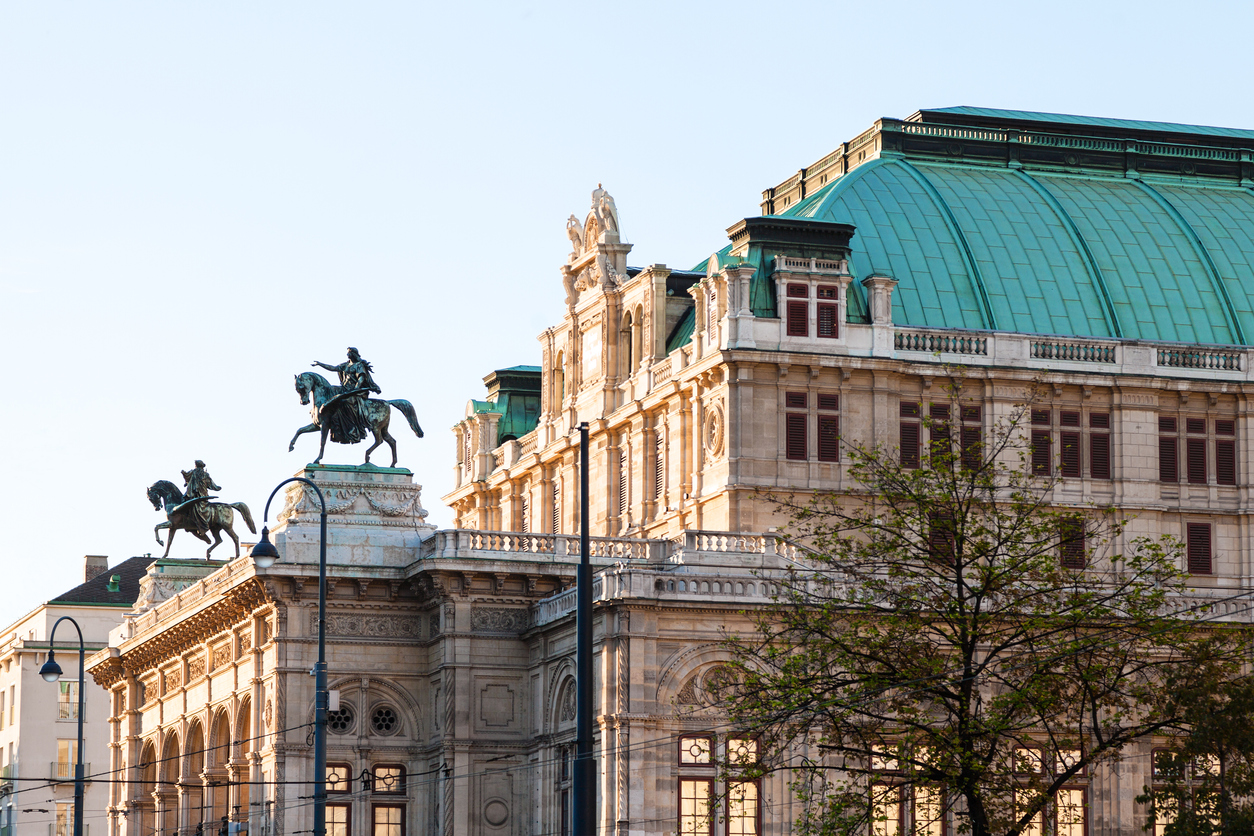 Finally, of course no musical tour of the Imperial City would be complete without a visit to the world-reknowned Wiener Staatsoper (above), the neo-Renaissance opera house which in fact opened in 1869 with Mozart’s opera Don Giovanni. With a suitably sumptious interior (guided tours available), it’s still a classical powerhouse, each year staging around 300 world-class works of opera as well as ballet – and tickets can be surprisingly affordable. And a number of special events are planned for its 150th anniversary this year, such as the Richard Strauss opera Die Frau ohne Schatten (The Woman without a Shadow) on 25 May, and simulcasts of some 80 performances from April through December on a 50-metre (164-foot) screen in the square in front of the opera house.

More info in English on music in Vienna: Wien.info.