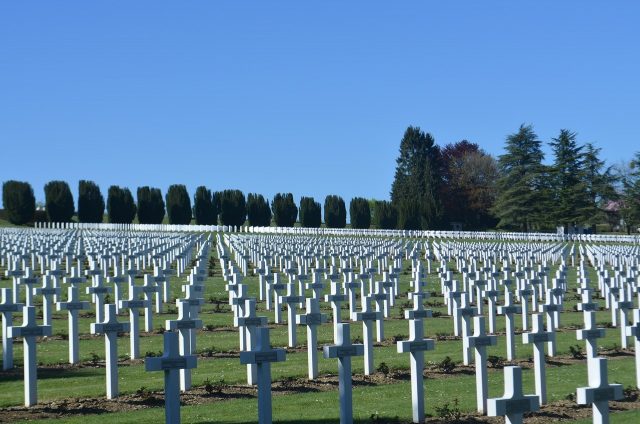 In Flanders fields the poppies blow
Between the crosses, row on row,
That mark our place; and in the sky
The larks, still bravely singing, fly
Scarce heard amid the guns below.

The horrific “Great War” that embroiled dozens of countries, kingdoms, empires, and colonies, and scarred and shaped all of world history for the past century, was fought from July 1914 to November 1918. Various of those countries and their successors in Europe and beyond have been marking World War I’s rolling centennial with a variety of events and remembrances. This Sunday, Armistice Day, is when this observance culminates, but any time of year, history buffs looking for a European getaway could do worse than visit one or more of the major destinations which marked key episodes in “the war to end all wars”. There are dozens of spots where it’s commemorated in local landmarks, but here are the top four:

A small (pop. 35,000) charming Flemish city near the French border about an hour and a half from Brussels, Ypres is known to English-speakers by its French name – in Flemish it’s Ieper. Its atmospheric mediaeval old quarter is typified by the 13th-century Gothic Lakenhalle (Cloth Hall), but its main claim to fame these days is as the site of three key WWI battles, one in 1914, another in 1915, and especially the Third Battle of Ypres (aka the Battle of Passchendaele), 31 July to 6 November 1917, with British Empire forces along with French and Belgians trying to take the area back from the Germans who had invaded it early on in the war. And now a new installation has been added to the battlefield: “Coming World, Remember Me” consists of 600,000 clay sculptures – one for each soldier and civilian – killed on Belgian soil during the war, and at their centre, a giant egg, to symbolise a new world.

In addition to a number of battlefields and cemeteries, other major sites include the 1927 Menin Gate Memorial and a pair of excellent museums, In Flanders Fields (above, right in the Lakenhalle) and the Memorial Museum Passchendaele 1917 (in the very nearby town of Zonnebeke). 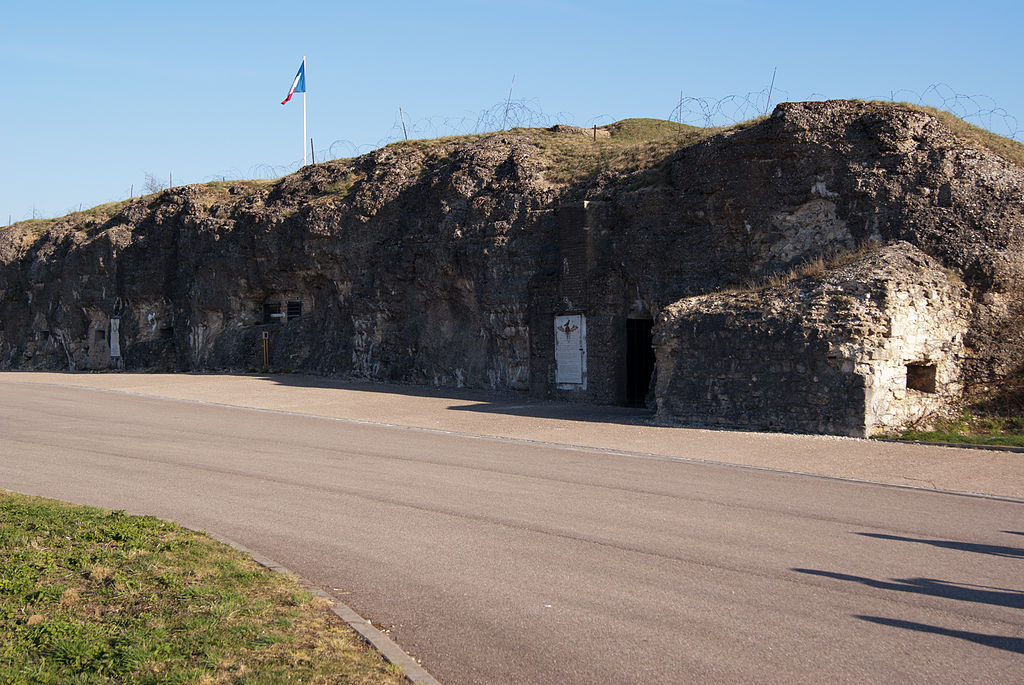 The Somme of north France, its capital Amiens a 90-minute train ride from Paris and a slightly longer drive, is a bucolic place today, but from July through much of November 1916 the area around the Somme River was the site of one of the bloodiest battles in history, pitting the Germans against the British and French and resulting in more three million killed and a million wounded. Though notable for among other things the first time tanks were used in war, despite all the horror and sacrifice, the Battles of the Somme ended up essentially inconclusive. From Amiens you can take organised tours of the “Circle of Remembrance” about an hour away (many taxis also offer their own itineraries for a more personalised experience), with ten sites including battlegrounds (including some of the infamous trenches), memorials, and the quarter-century-old Historial de la Grande Guerre museum, housed in a mediaeval castle in the small town of Péronne.

A city of just over 18,000 on the banks of the Meuse River 2½ hours east of Paris, its historic core is the typical charming French-provincial mix of mediaeval through Belle-Époque. But for many, its name is synonymous with the battle of attrition that was the Western Front’s longest and costliest engagement, and one of the longest and costliest in all of military history, the French winning back its territory from the Germans but at a cost of more than 377,000 men (the Germans lost 337,000). Fought from late February through mid-November 1916, the Battle of Verdun focused on the nearby, mid-19th-century Fort Douaumont (the site of the initial German assault) and the late-19th-century Fort Vaux (above, known for its particularly heroic defense by the French), both of which are open to visitors. Other relevant places to visit include battle sites, cemeteries, memorials, destroyed villages. There’s also a World Peace Centre here featuring exhibitions on WWI as well as other world conflicts and issues of war and peace.

A short drive from Verdun, you can also visit the Argonne Forest, where a major part of the final Allied campaign of the war, the Battle of the Argonne Forest, aka the Meuse-Argonne Offensive, was fought from the end of September 1918 right up until Armistice Day. It saw the war’s most important involvement of the American Expeditionary Force under General John J. Pershing, which lost more than 26,000 soldiers against the Germans’ 28,000.

Though Turkey isn’t really Europe per se, during the war it was the Ottoman Empire ally of Germany and Austria-Hungary, and site of one of its most iconic. This narrow Dardanelles-Strait peninsula 3½ hours southwest of Istanbul was the site of a campaign from mid-February 1915 to early January 1916 between the Allies (mostly Anzac troops from then-British colonies Australia and New Zealand, but also British, French, Irish, and Indians) and the Ottoman Turks, who ultimately beat back the Allied attempt to take over the strait. Especially revered by Turks and the Aussies and Kiwis, the hills, forests, and fields of the 335-square-kilometre (129-sq.-mile) peninsula are home to Anzac Cove, where the Allied landing took place; more than a dozen battlefields; some 40 Allied and 20 Ottoman cemeteries; various memorials; and the five-year-old Gallipoli Simulation Centre in the nearby provincial capital of Çanakkale (pop. 186,000), also home to fascinating historic sites including the 15th-century Çimenlik Castle and the ruins of the fabled ancient Greek city of Troy. More info: AnzacPortal.