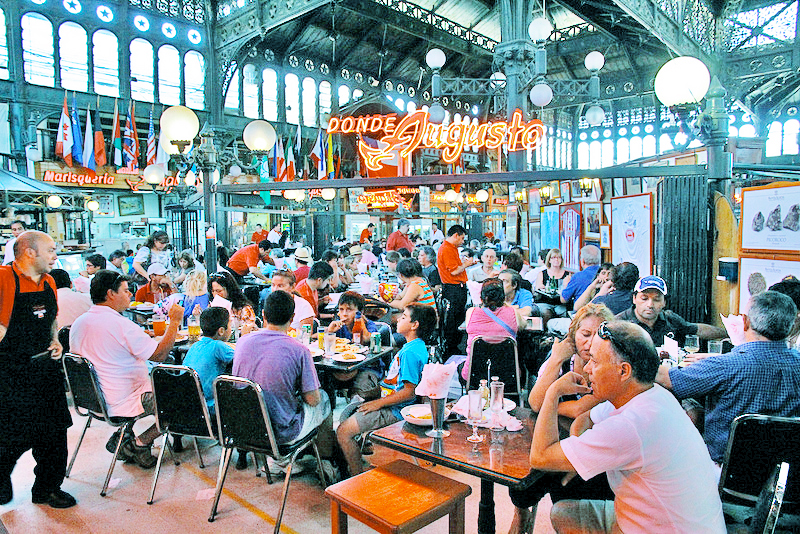 South American cuisine–especially Peruvian and Brazilian–has been gaining quite a bit of worldwide attention in recent years. But even lesser-known cuisines of Latin America have been upping their games in a major way, as visitors will discover, for example, in capital Santiago de Chile. Here, a mix of influences–rich indigenous cultures, the bounty of game meats and the Pacific Ocean, Spanish colonisation and immigration from elsewhere in Europe such as Germany and Italy–produces a singular cuisine like perhaps no other in the world. Fortunately for those who travel to Chile, chefs in Santiago have been taking full advantage. 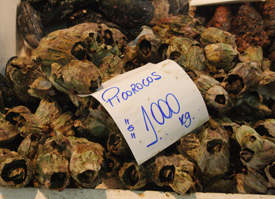 From the vegetable kingdom, we get muchos potatoes, maize, and porotos (kidney beans), with dishes including  cream of choclo (corn) and zapallo (pumpkin) soups, sweetcorn pie, corn humitas, and  potato-based stews like charquicán and carbonada. From the animal kingdom, there’s albacore tuna, cod, sea bass, ray, grouper, hake, cochayuyo (kelp), locos (a kind of abalone) oysters, king prawn, and picorocos (giant barnacles that taste like crab, right). Pork (chancho) and beef were introduced by the Spaniards, yielding popular dishes such as chupe de guaititas (tripe), pork ribs with chili, beef tongue in a spicy sauce, and a kind of meatloaf called arrollado. From the German tradition come meats with nut and fruit sauces (rabbit with peanut sauce, for example), while Italians brought pasta and the French made contributions including the national seafood chowder congrío margarita.

A Selection of Top Santiago Restaurants

Ana María Restaurant  In an old-fashioned home, Ana María Zuñiga Becerra has been specialising in game dishes for years, including boar, pheasant, and venison, as well as fab seafood such as the conger eel chowder below. 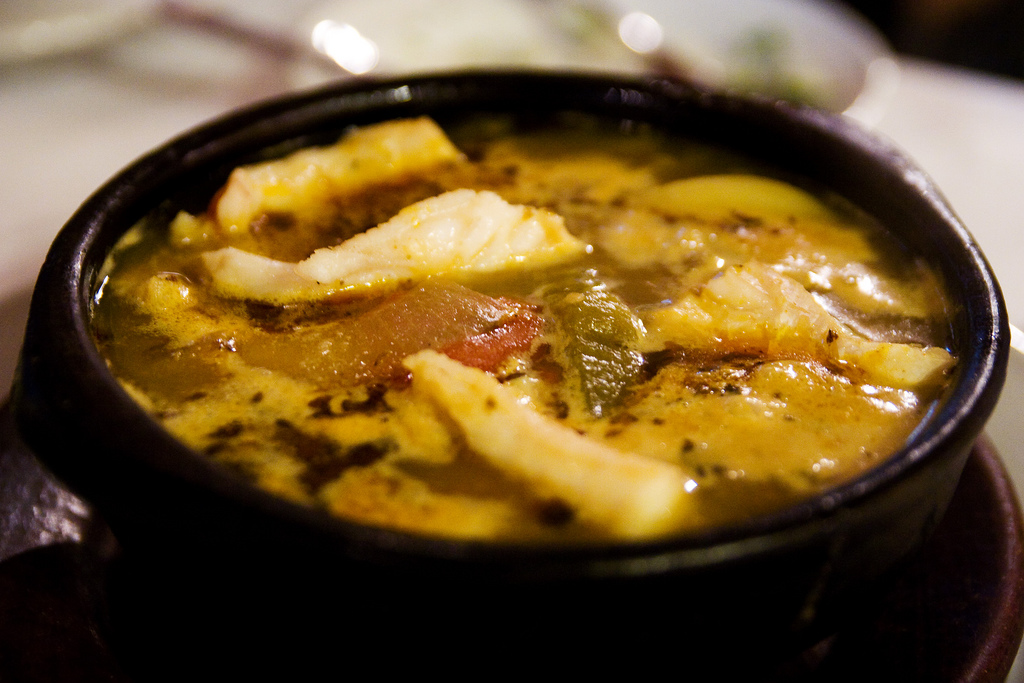 Boragó  Acclaimed as one of the world’s top 50 restaurants, this haute contemporary spot helmed by thirtysomething Rodolfo Guzmán makes a point of using Chilean products.

Bristol Restaurant  Overseen by Axel Manríquez since 2008, the restaurant of the Hotel Plaza San Francisco offers a superb “Flavours of our Land” menu which changes weekly.

Miguel Martínez, a Seville-born journalist and current resident of Mexico City, is passionate about traditional cuisine and the recipes of yesteryear. You may visit his blog at recetastradicionales.wordpress.com.