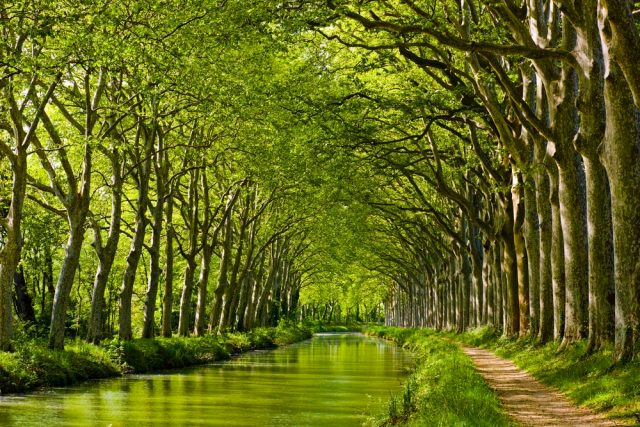 Down in the south of France, one of the signature features of Toulouse, the big, bustling capital of Languedoc, is a great canal that connects its Garonne River to the Mediterranean Sea, 240 kilometres (150 miles) away. Finished in 1681 and sporting 63 locks and 55 aqueducts (below) along its length, the Canal du Midi was an extraordinary engineering achievement for its day, a boon for transportation of goods and people, while today it’s more of a boon for seekers of leisure – pleasure craft as well as strolling, biking, and rollerblading alongside its placid green waters and signature plane trees.

A UNESCO World Heritage Site and popular for barge cruises as well as kayaking, canoeing, and rowing, the canal passes through lots of wine country as well as fascinating towns and cities including Carcassonne and Beziers.

But trouble reared its head in 2006, when a destructive, incurable fungus, Ceratocystis platani, began to attack the 42,000 plane trees which help lend such bucolic character to the canal as well as help maintain its water level and even some of the structures surrounding the canal. It’s thought that this fungus arrived during World War II in contaminated ammunition boxes from other parts of the world and used by U.S. troops. Spreading gradually and at first imperceptibly, it finally started reaching critical mass 11 years ago. Though not noticeable in some areas, others do look markedly barren, with strollers and bicylclists to longer able to avail themselves of the plane trees’ famously bucolic shade. 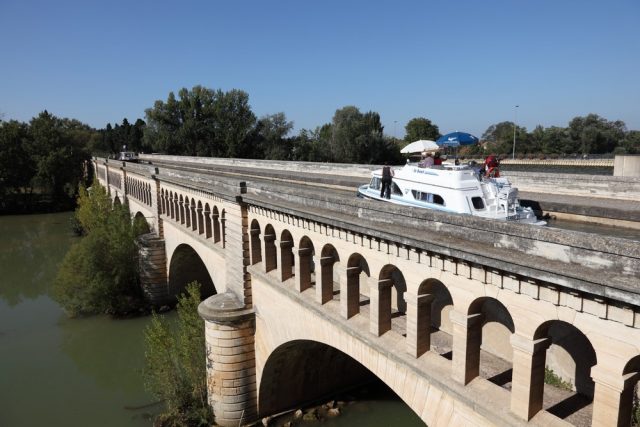 The response has been for the VNF (the French acronym for the organisation Navigable Waterways of France) to undertake a 20-year, 2.2-million-euro project to remove infected trees (by now, those removed number around 15,000) which will add new tree species such as cherries, oaks, pines, black poplars, lindens, and others more resistent to this fungus. It has simultaneouslt launched a programme of public relations and education to explain the necessity of these measures, including exhibitions, talks, and discussions.

It’s not an ideal solution, of course, because it inevitably transform the traditional aesthetic of the canal along vast stretches. But the new species have been carefully chosen and placed in order to provide a level of shade similar to that of the planes, and the new aesthetic may even end up being more impressive than the old. And so new generations will get to know and love a new itineration of an old classic that will in turn become the classic of the future. And so it goes…