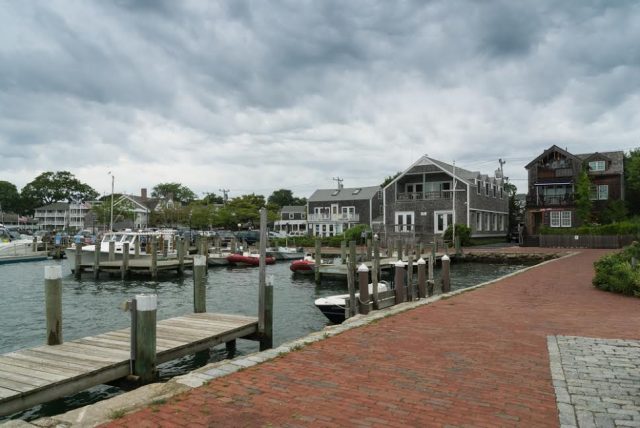 Some time ago I happened to run across that toothy old classic Jaws online, and as I watched, the impossibly picturesque maritime settings and endless beaches awakened in me a nostalgia for the light, colours, sounds, and tastes of summertime holidays. It was then I discovered that the film’s fictional Amity Island is actually ritzy Martha’s Vineyard, Massachusetts, a 45-minute to hourlong ferry ride from Cape Cod.
Come summer, one of the USA‘s most exclusive (and expensive) holiday destinations regularly appears in the tabloids and other media thanks to plenty of literary and entertainment celebrities, as well as high-level politicians such as Barack Obama and Bill and Hillary Clinton.

And a good deal of its charm is the same that attracted director Steven Spielberg to this 227-square-kilometre (87-sq.-mile) island all those years ago. Several prime examples:

Edgartown, the Vineyard’s largest town, whose docks appear several times in Jaws. Just outside town is South Beach State Park, where the opening sequence was shot – friends who make a bonfire on the beach at night and a girl takes a dip, making her the first victim gobbled up by the titular great white shark. And by the way, Edgartown’s Independence Day parade is a slice of pure Americana!

In Vineyard Haven (aka Tisbury), the island’s main port, the house of the fiction police chief Brody can be found at 267 East Chop Drive. It’s also home to some quaint pubs worth a visit, like the Black Dog Tavern (20 Beach Street Extension).

Joseph A Sylvya State Beach in the town of Oak Bluff is where some of the movie’s most famous scenes were filmed – terrified pandemonium following the shark attack on Alex Kintner? This utterly charming beach town has preserved its gingerbread houses dating back to the 19th-century days when whaling was its residents’ main occupation. And check out the vintage “Flying Horses” carousel! 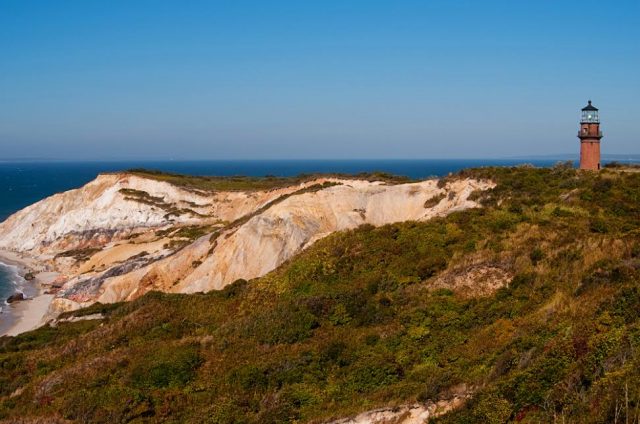 As a lighthouse buff, I particularly love the ones here on the Vineyard. Gay Head Light (built 1799) in the town of Aquinnah also makes a handful of appearances in the movie, and a stroll across the imposing nearby cliffs is a lovely experience (First Lady Jackie Kennedy loved the area so much, she had a house built here).

From the mainland, you can get out here by air as well as ferry; it’s a 45-minute flight from Boston. But the classic option is one of the ferries that leave from towns including Woods Hole (which also appears briefly in Jaws), Falmouth, New Bedford, and Hyannis. You can bring a car over if you like (from Hyannis), but keep in mind that getting around the Vineyard is quite manageable with a mix of walking, biking, scooters, taxis, and buses.

For families, film buffs, beach bunnies, Americana aficionados – or any combination of the above – the Vineyard is a real summertime treat.