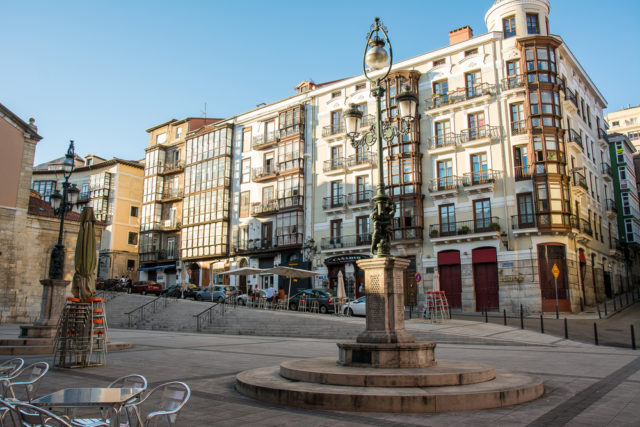 Spaniards have always regarded Santander as a stylish and elegant city that’s perfect for a city break or summer holiday. But its culinary offerings and stunning urban and surrounding beaches are now attracting more and more repeat visitors from outside Spain. So just what is it about Santander that makes it so appealing?

With a population around 178,000 and a history documented back to ancient Roman times, the capital of Spain’s Cantabria region and autonomous community certainly has its share of historic and various other attractions (though perhaps fewer than other regional Spanish capitals, as many were destroyed in a monumental fire in 1941). 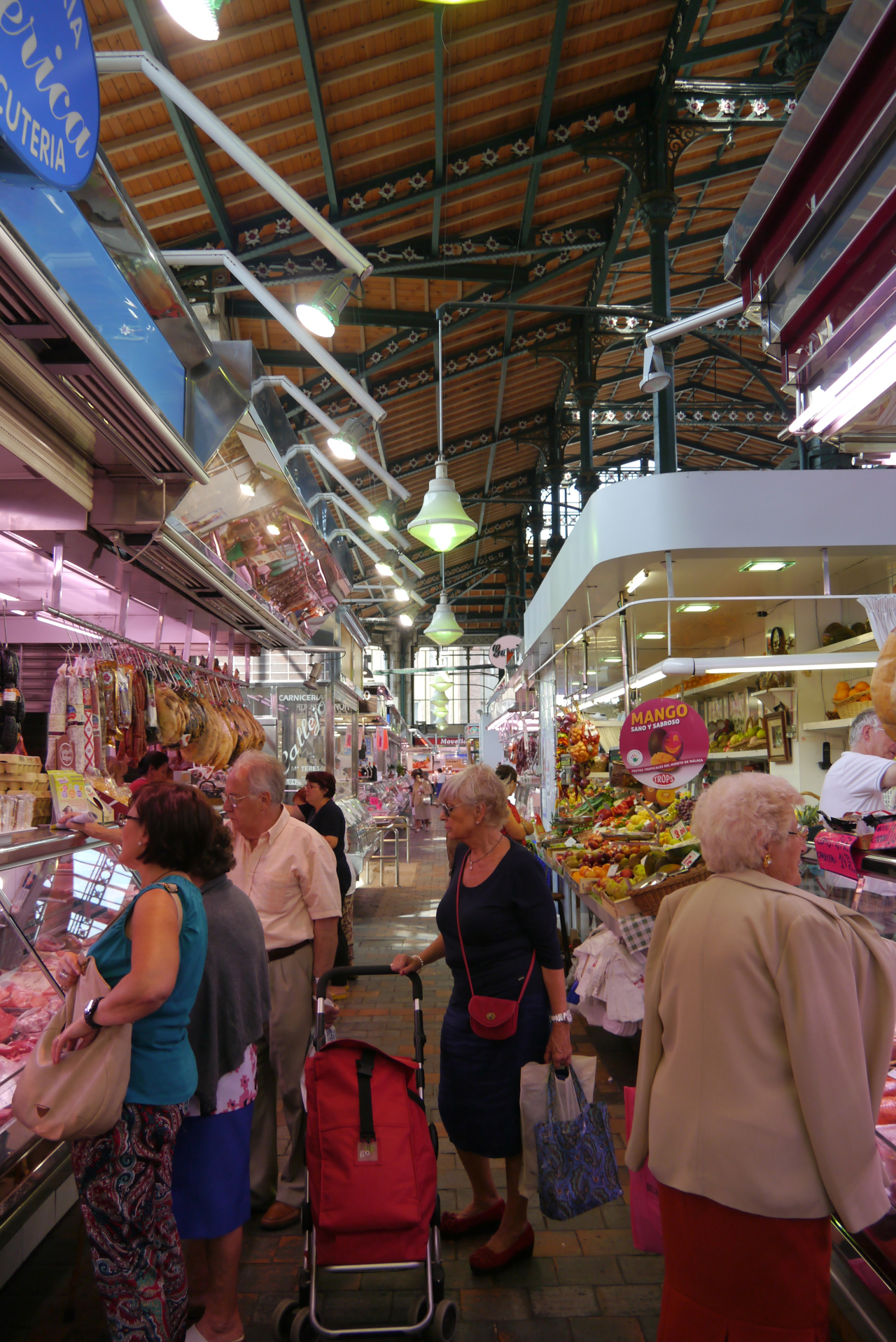 But a visit to the Mercado de la Esperanza (above) in particular can tell you a lot. At this proper working food market where residents and chefs compete for the best catch of the day – mixed with the occasional tourist –  there’s nothing brash or showy. You might perhaps spot find a school tour being shown around by the president of the market traders association. The children explore the stalls, pick out some produce and cook it in the market kitchen. It’s a space of unadulterated love for fresh ingredients in what must be one of Spain’s prettiest market structures, dating from 1904.

Everybody who visits Santander adores the area known as Puertochico. Formerly the main fishing port, today it’s one of the classiest parts of town. Keep your eyes peeled for the Raqueros, sculptures of four boys ready to dive into the bay which remind us of a time when passengers of the steamships arriving into port used to throw coins into the water and watch the local kids dive to collect them. Today, much has changed, and you’re more likely to find the local youngsters trying out paddle-surf than diving in for pennies.

If architecture is your thing, go to Pereda Gardens, where you catch views of the city’s oldest and the newest structures. Start with the mostly 13th-century Gothic cathedral – one of the only mediaeval structures to escape the big 1941 fire. When you’ve digested the old, move on to the brand-new Botín Centre (below) designed by Pritzker-Prize winner Renzo Piano for the Botín Foundation, funded by the family behind Banco Santander, the once local institution which has become an international powerhouse. 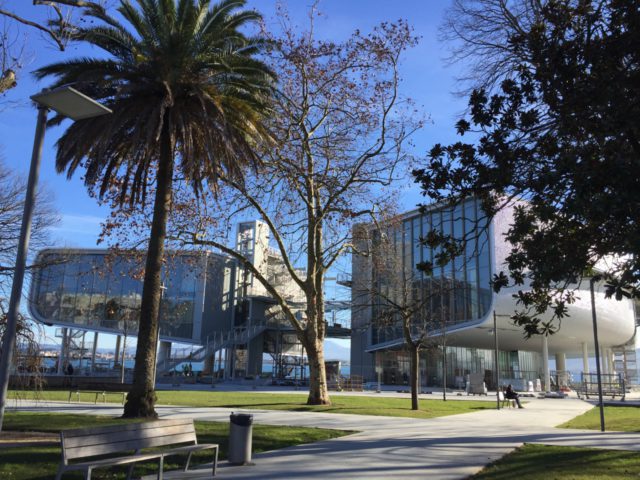 History buffs still do have lots to take in here, because for one thing Santander has more than its fair share of museums. The Palacete del Embarcadero, built in the late 1920s/early 1930s, is a real treat on the seafront. And maritime-history buffs (and families) will enjoy the Museo Marítimo and its aquarium. And prehistory fans will want to learn about Cantabria’s fascinating caves at the MUPAC, the museum of prehistory and archaeology. It’s also interesting to visit the Machichaco ship memorial and take a tour of the air-raid shelter from Spain’s civil war (1936-1939).

When you’ve had your share of architecture or history, order a vermouth and a plate of rabas (the local name for calamari) by the waterfront. Get your bearings and seek out the many charming maritime structures including the Siboney building on Calle Castelar, the Royal Sailing Club standing on stilts by the old port, and the Instagram-friendly restored dry-dock and viewing platform at Gamazo.

Hungry? Food – especially fish and seafood – is taken very seriously in Santander, as you’ll notice on the menu boards of the hundreds of restaurants in Puertochico. The eateries on or around Calle Hernán Cortés, Calle Daoiz & Velarde and Calle Peña Herbosa offer the best range of both tapas and more formal options. Always pay attention to the specials, as these usually feature what has come in that morning from the market.

Ready for the beach? From Gamazo you can walk to Los Peligros beach where you’ll get a sighting of Magdalena Palace as you stroll, paddle or swim. Dating from 1912, it was built for Spain’s King Alfonso XIII and his British wife, Queen Victoria, who came escaped the heat of Madrid every summer. You can enjoy the palace’s parkland all year round and take a tour of the palace itself too –  except during the summer, when the UIMP Summer University takes up residency inside. 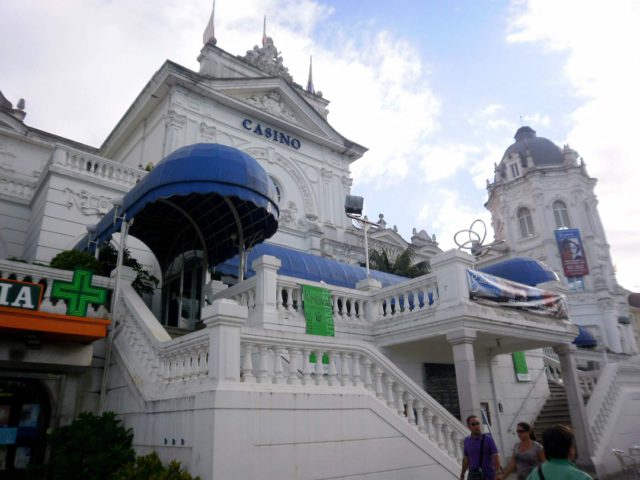 If you enjoy a good stroll, continue all the way along the peninsula to the lighthouse, which takes you past many of the city’s sandy beaches. The most famous is the Sardinero, where you’ll find the Gran Casino Sardinero, which just celebrated its 100th anniversary, plus an array of bars, restaurants and ice-cream parlours and the swimmers, surfers and even kite-surfers enjoying the waves.

When you’ve had enough of the sand, check out the newly built Llamas Park near Racing Football Stadium, where you’ll see the families of Santander out dog-walking, jogging, scootering, skating and biking. Feeling adventurous? Go to Forestal Park by the lighthouse to zipline through the fragrant pine forest.

If shopping is your guilty pleasure, head back into town to the streets around Hernán Cortés and Lealtad for homeware, footwear and clothing stores plus some great delis. But for the best cheese, go to the first floor of the foodmarket where the stalls can vac-pack your purchases for travelling. At the airport, you can stock up on sobaos, chunky breakfast sponges; a baked cheesecake called quesada; and anchovies, the priciest and tastiest of all local delicacies.

Of all the many activities in the city, I find one of the most relaxing is people watching. Take up an outdoor café table in Plaza Pombo to enjoy the schoolkids playing by the bandstand. Switch to Paseo Pereda to see the well-heeled enjoy early evening strolls and and drinks. Head for the Plaza Porticada to catch a summertime concert. And stop by the café by the Botín Centre for urban parklife at its best.

Coming back to the city and want a new perspective? Take a sightseeing bus. Cycle a blue citybike along the waterfront. Join on a boat tour at the Palacete del Embarcadero or Gamazo. And my favourite – hop on the funicular for the best views of all, and for free! Santander will seduce you, as it has seduced me.

More information: SantanderSpain.info. Best fares to Santander from the UK, from the US.

Pamela Cahill lives with her husband and childfr in Santander and in addition to working as a copywriter for the cultural and travel sector also blogs about her adopted city at PamelaCahill.com.