More than a few non-Brits have at least vaguely heard of a place called Cornwall – maybe even that its duke is Prince Charles and its duchess Camilla (née Parker-Bowles), and that it’s in the southwest of England. If they’re really up on this 3,565-square-kilometre (1,376-sq.-mile) region, they know it’s Celtic in heritage; boasts a dramatically craggy coast; has traditionally been big into fishing and mining (fading in favour of tourism); and is known in the U.K. for its pasties (turnovers filled with meat or other savoury or sweet fillings). Oh, and let’s not forget The Pirates of Penzance, Daphne du Maurier‘s Rebecca, and of course Cornish game hens and clotted cream.

With all that churning about the windmills of my mind, I’ve always been curious to learn more about this fabled land. So on my last breeze through Britain, I took several days to satisfy my longstanding curiosity. It just about blow me away – and I found that Cornwall offers not just spectacular sights but prices that often compare favourably to the rest of the country. A handful of highlights:

Pronounced “foy,” this little town (top) at the mouth of the eponymous estuary has built a nice little tourist business on its charming little streets, churches, and architecture dating back to the Middle Ages – and more recently Daphne du Maurier, whose son – last I checked – still lives in the big old house next to the ferry landing across from town. Stop at one of its little hostelries (or the grand Fowey Hall hotel uphill) for a spot of cream tea. 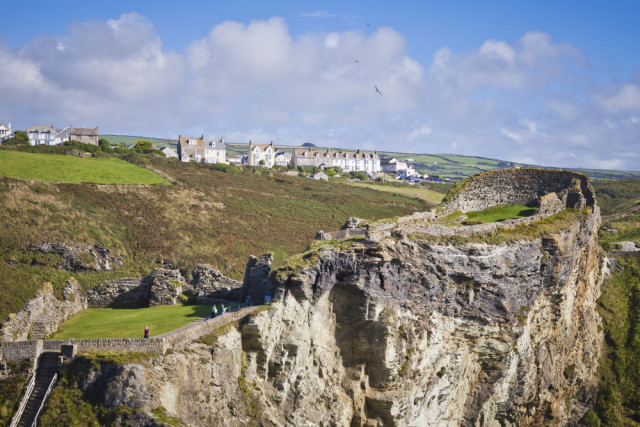 If you’re into King Arthur, Lancelot, et al, you’ve surely heard of this town and more importantly this ruined medieval castle perched on a high, windswept Atlantic headland of Cornwall’s north coast. The town itself is cute if now a bit touristy, but you won’t want to miss the hike (or Range Rover shuttle) out to the coast, where you can walk amidst jagged 13th-century ruins of the fortified base of the earls of Cornwall (top right). Centuries of embellishment of Arthurian legend made this part of the saga, but in short, proof there’s simply not that this most congenial spot was host to Ca-me-lot.

You’ll want to pair Tintagel with a few hours (or even an overnight) in this singular fishing village just down the coast built along a small, very steep valley leading out to a harbour and more headlands with smashing views. Most of the oldest part of town, all stone walls and slate roofs, is given over to shops (pottery’s big), eateries, and B&B’s; an extra pinch o’ magic, as it were, comes from the local Wiccans, who run a couple of shops and even a museum of witchcraft. On a grimmer note, the village had a heartstopping 15 of fame in August 2004, when a dramatic flash flood washed much of it out to sea; thankfully, all the residents were helicoptered to safety. What’s there now is largely rebuilt, though you’d never know the difference. 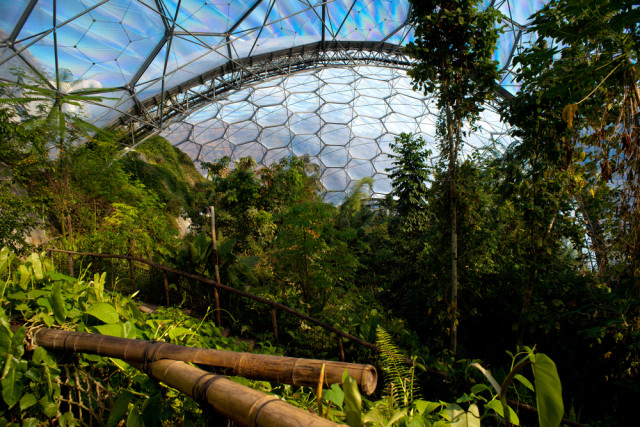 Looming like something out of a sci-fi movie, this massive, eight-year-old eco-education project carved out of an old china-clay pit mine includes two huge, bubble-shape biomes, one housing a Mediterranean semi-arid biosphere, the other a steamy tropical one. Pretty impressive.

The Lost Gardens of Heligan

Also near St. Austell, in the 1990s, overgrown Victorian-era gardens were unearthed and restored, and today they’re more than 200 acres of living, breathing horticultural history, from the antique greenhouses and formal gardens to the Jurassic-looking “Jungle,” with its own microclimate. Nice cafeteria and shop, too. 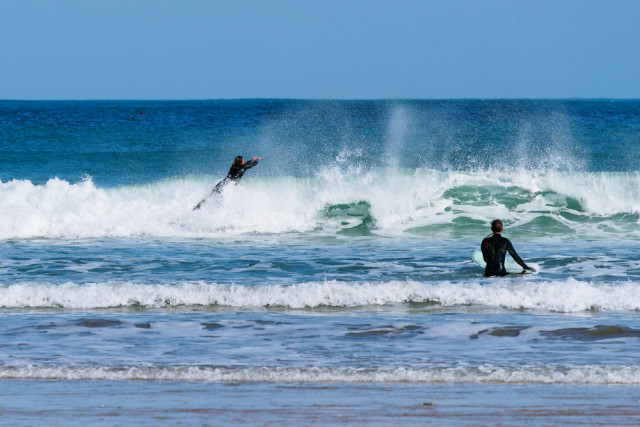 Who knew, Cornwall is also Britain’s surfing capital! And this town’s its epicentre, from Fistral Beach (host to September’s national championships) to a downtown crammed with surfer-oriented (and therefore value-oriented) bars, guesthouses, and shops. Plenty of other “soft adventure” options, too, from ziplines and abseiling (aka rapelling) down cliffs to “coasteering” – fast-moving guided tours of the rocky shorelines and sea caves (you’ll need a wet suit). Don’t forget to pop into the Blue Reef Aquarium and down a memorable meal at Jamie Oliver‘s Fifteen Cornwall in nearby Watergate Bay.

There’s a lot more I didn’t have a chance to get to. Not one but two old steam railways. The ancient Pendessis and Bude castles. Visitable clay and tin mines.The offshore castle St. Michael’s Mount. Checking out celeb chef Rick Stein‘s eateries in Padstow and St. Merryn. The seaside resort town of Penzance. The isle of Scilly. More that’s not even occurring at the moment. All I can say is, Cornwall these days in happening.