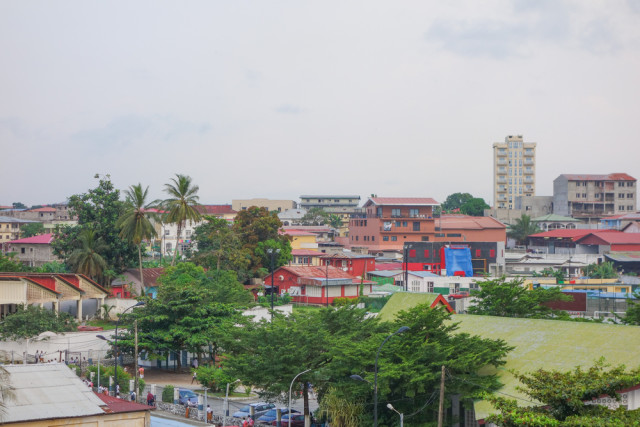 Africa’s only Spanish-speaking country is divided into two major regions – the island on which capital Malabo (which I covered here recently) is located, and larger Río Muni on the mainland, sandwiched between Cameroon and Gabon. Bustling port city Bata (pop. 173,000) is the capital of Litoral Province, which runs along West Africa’s Atlantic coast, and is the country’s economic capital, with a lot of domestic airlift to/from international gateway Malabo (which I wrote about on this blog very recently).

Occupied since Neolithic times this settlement’s history is one of complex migrations, with various African ethnic groups intermixing or displacing one another. The coastline, easily accessible by European traders and colonisers, inevitably also saw periods of occupation by powers including Portugal, the Netherlands, and of course latest and most lastingly, Spain.

This region has traditionally been home to the Ndowe ethnic group, but there has been a lot of Fang migration to the coast from the inland regions since the start of the 20th century, so you will hear all sorts of languages being spoken on the streets. 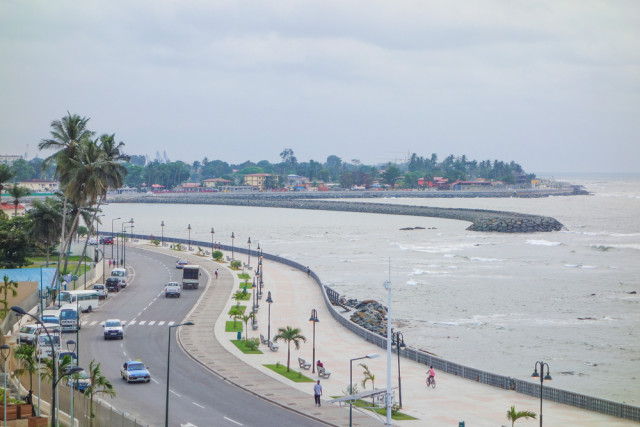 City planners have made good use of Bata’s location on a narrow coastal plain, stretching it along the coastline for almost three kilometres (two miles), with further construction ongoing. It is an easy city to explore, as the majority of attractions are less than three blocks from the ocean, meaning you can stroll up and down the beautifully renovated waterfront (above), where a walkway, the Paseo Maritimo, to take in the sights and enjoy the cool ocean breeze.

Your first stop as you drive southwards from the airport into the city centre is the Torre de la Libertad (below), a futuristic structure inaugurated in 2011 to celebrate national independence. The tower dominates the waterfront skyline, and even includes a great Italian restaurant with panoramic ocean views. Heading southwards, you will also pass the Centro Cultural Español (Spanish Cultural Centre), home to the mainland’s only book shop, as well as an excellent Mediterranean restaurant. Further on is the French Cultural Centre (known as the Institut Culturel d’Expression Française/ICEF), where you can enjoy various art exhibitions and cultural events, as well as a fine French restaurant. 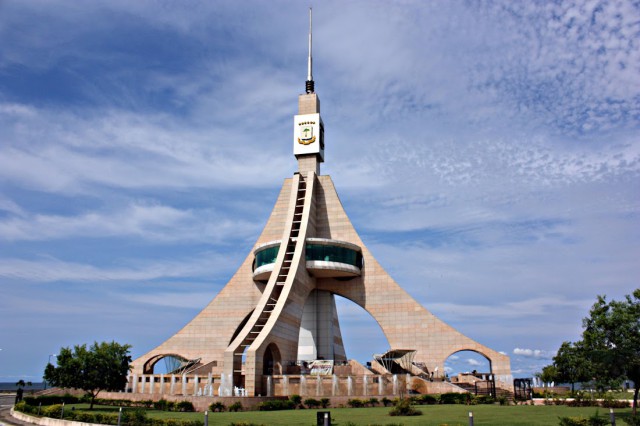 As you get away from the ocean, you may get frustrated at the lack of visible street names. Your most useful navigational reference is the centrally located Plaza del Reloj, a square featuring a monument to the soldiers who died during current ruler Teodoro Obiang Nguema‘s 1979 coup against his uncle, as well as an obelisk commemorating Pope John Paul II‘s visit in 1982.

Northeast of the plaza, the Cathedral of St. James the Apostle and Our Lady of the Pillar dates back to the end of colonial times; construction began in 1954 under the direction of Italian architects, and the frescoes inside have been well maintained.

Another landmark is the old sport stadium right in the centre of town next to the Santy Supermarket, where you can watch (and even take part in) football, boxing and various other martial arts. The new Chinese-built stadium, the Estadio de Bata, which hosted the 2012 African Cup of Nations, is quite a long way from the town centre, but worth seeing just for the sheer scale of the place. It would be interesting to know if they have ever managed to fill the 41,000 seats for a sporting event!

In this coastal city, there are plenty of opportunities to get out on the water. A little out of town towards Playa de Bome, La Ferme is not only one of the best restaurants locally, but also hires out kayaks and other watersport gear. At the opposite end of town, way up north by the airport at Utonde, you will find the Empereur Deux Resort, which offers a variety of aquatic activities including fishing and Jet Skiing. 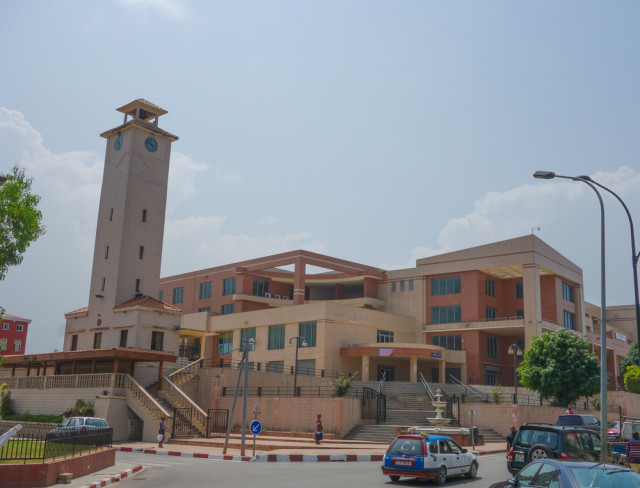 Here, too, you’re very well placed to explore the rest of the mainland, especially the coastal areas. From Bata it’s only a few hours drive north to Punta Tika, a conservation site that allows you to camp and see nesting sea turtles between November and January. If you have a 4×4 and are feeling adventurous, you could even head southwards towards Cabo de San Juan, the mainland’s westernmost point and site of some beautiful colonial ruins on the castaway white-sand beaches. Perhaps surprisingly for West Africa, the roads here are truly excellent, and so all of Río Muni is your oyster, as it only takes about four hours to drive across the entire country, from west to east! This makes day trips to the new capital Oyala, the hilly settlement of Evinayong, or Monte Alen National Park very doable excursion possibilities (more about those in an upcoming post).

If you ask Equatoguineans about Bata, they will inevitably mention the nightlife. There are clubs and bars dotted around the city offereing everything from a quiet beer while watching the football to a wild night of techno on the beach running until 7am! It is probably best to grab some food before a wild night of festivities, and in Bata you will be spoiled for choice on this front too. A stroll along the Paseo Maritimo throws up Chinese, Lebanese, Spanish, French, Brazilian and various fast food options. If you are looking to spend a little bit more money then you could head south out of town to La Corisqueña Restaurant on Playa de Bome, or eat in one of the many high-end hotels springing up across the mainland capital. When it is complete later in 2016, the Sheraton Utonde Hotel Resort will offer once of the finest dining experiences in the whole country.

In terms of nightlife, a good place to start is around Plaza del Reloj, which has a number of drinking establishments including the trendy Rolex Discoteca, which is said to be owned by one of President Obiang’s children. You can party here until well into the early hours, although things can get expensive. Another option for a really late night is Discoteca La Salsa, on the main road to the airport. If you prefer to keep things casual, then check out Spanish-run La Cantina on the road to the airport for great beers and friendly service.

Iberia flights (five to seven days per week, depending on time of year) from the U.K., from the USA.

Author of the new Bradt Guide to Equatorial Guinea, Anglo-Italian teacher and travel writer Oscar Scafidi focusses on challenging destinations such as Afghanistan, East Timor, Liberia, and Somalia; his next project is kayaking Angola’s River Kwanza. Some of Oscar’s work can be found at PolosBastards.com; follow him on Twitter at @BradtEGGuide.