Legendary Jerusalem! The ancient city holy to Christians, Jews and Muslims alike is also an irresistible magnet for history, archaeology, and culture vultures the world over. Furthermore, it’s a fascinating and highly photogenic mix of ancient, merely old, and cutting-edge, with world-class hotels, myriad dining options and life-changing sights and experiences around every corner.

The first step in exploring Jerusalem is a visit to the Old City, where the Western Wall is a touchstone to Jews as a remnant of the First Temple and its retaining wall. Temple Mount, the Church of the Holy Sepulchre, the Tower of David, and the Dome of the Rock are other key sights within walking distance. All extraordinarily evocative, thought-provoking (and tiring, but hang in there).

There are four quarters which make up the Old City: Armenian, Christian, Jewish, and Muslim. In the Christian quarter, pilgrims will need to pace themselves, as some 40 sites are especially significant, to Christianity (be sure to walk the sombre Via Dolorosa, said to be the final path of Jesus Christ to the cross). One especially exciting experience for me (though maybe not for you if you’re claustrophobic or arthritic) is touring the Western Wall Tunnels, a voyage back through Jerusalem history, archaeology, and topography.

Just outside the Old City, many visitors also make time for the remains of King Herod’s Palace, and Dormition Abbey, where tradition says the Virgin Mary passed away. A bit east of here, the Mount of Olives is home to various Christian and Jewish sites – especially, at its foot, the site celebrated as Mary’s Tomb, marked by a 12th-century church. 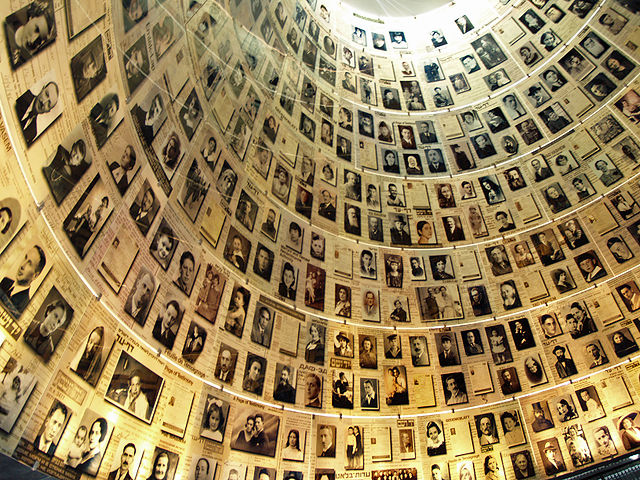 Context and background to the city’s ancient stones and structures are provided by a batch of truly excellent museums, led by the Israel Museum, one of the world’s most popular, which is celebrating its 50th anniversary and whose star attraction is the Dead Sea Scrolls.

Others include the Bible Land Museum, the Rockefeller Museum of archaeology, and the Museum of Underground Prisoners, this last about the history leading to the establishment of the state of Israel. Up for more? Try the Museum of Italian Jewish Art, the Islamic Art Museum, the Armenian Museum and the Old Yishuv Court Museum (this last a window into day-to-day Jewish life here in the 19th and early 20th centuries).

And then there’s Yad Vashem (above, its Hall of Names), the world’s foremost Holocaust museum, founded in 1953 as a global centre for documentation, education, and commemoration that is Israel’s second most visited tourist site (another commemorative site which has become popular, incidentally, is the 9/11 Monument on Memorial Plaza, created of granite, bronze and aluminum, is in the shape of a waving American flag and bearing the names of all victims). 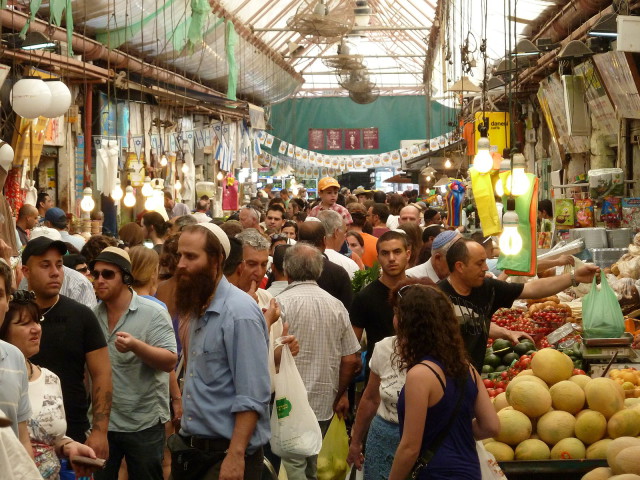 The proverbial something for everyone! To start with, coffee houses and falafel stands are everywhere, providing tasty and affordable fare. Baba (31 Emek Refaim) in the German Colony) specialises in hummus with a variety of meats, and breads, while next-door local institution Caffit lays out an extensive dairy/vegetarian menu including pastas and pizza.

Treats from across the Middle East are on tap throughout the city. For example, wonderful Lebanese at Manou Bashouk inside the famous Machane Yehuda market (which is in itself an amazing cultural experience and photo op bonanza). Across from the market, my foodie grandson tells me that Aricha Sabich is “awesome” for its rendition of the Israeli sandwich known as the sabich, with eggplant, hard-boiled eggs and lots of toppings in a pita. Iraqi cuisine, meanwhile, is served up at Azura (4 Ha’eshkol St.), while more upmarket dining stars include haute Israeli La Regence at the King David Hotel and Arcadia in the Germany Colony. As a Jewish grandmother myself, I urge you: eat, eat!

Finally, as jam packed as a trip to Jerusalem itself can be, you’d be remiss in not scheduling time for day trips to legendary places. They include Nazareth, Tiberias, Bethlehem, and Jericho, as well as the shores of the Sea of Galilee and the Dead Sea, and at the latter’s southern end, the ancient hilltop fort of Masada. Have just a little more time? Jordan‘s extraordinary archaeological site of Petra is three to four hours away (more comfortable as an overnight but doable as a day trip, either independently or with tour operators).

All in all, an experience of truly biblical proportions.