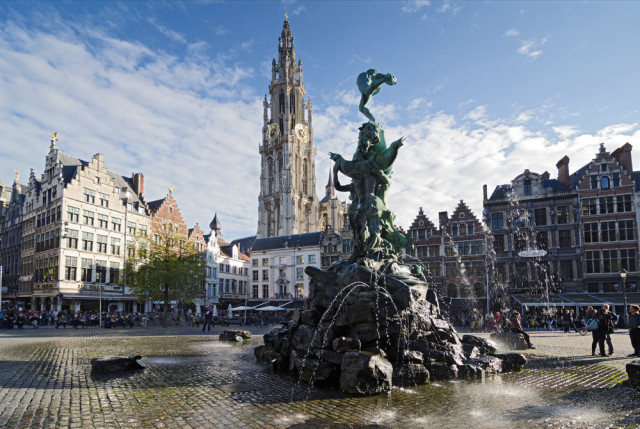 Yet another European city tracing its roots back to a settlement of the Roman Empire, the Flanders (Dutch Belgium) city of Antwerpen (Anvers in French) started coming into its own in the late 15th century, and by the 16th had come to be Europe’s richest city.

Today after rebuilding following devastation in World War II, it’s still a commercial powerhouse – Belgium’s biggest port (and Europe’s third largest), atride the River Scheldt, Antwerp is an economic force to be reckoned with especially in areas such as petrochemicals, the diamond trade. But it’s also a capital of cool (some might say even more than Brussels, about an hour’s drive/train ride into lovely, neo-Gothic Antwerpen-Centraal station away), thanks in no small part to its clubbing scene and fashion/entertainment industries.

From the visitor’s standpoint, though, the first stop should be the city’s lovely medieval core, with its epicentre the Grote Markt, ringed by Gothic/early Renaissance guild halls in addition to the Stadhuis (city hall); to experience the inside of one of these guild halls, check out the Vleeshuis (meat guild) on Vleeshouwersstraat. Not far away on Hanschoenmarkt is the 16th-century Onze-Lieve-Vrouwekathedraal (Cathedral of Our Lady), its High Baroque interior including four paintings by local Old Master Peter Paul Rubens as well as other fine religious art; other historic houses of worship very much worth a visit include Gothic/Baroque St. Paul’s and Baroque Carolus Borromeus churches. For more medieval atmosphere, check out Het Steen, a crenellated little gem of a 13th-century castle. 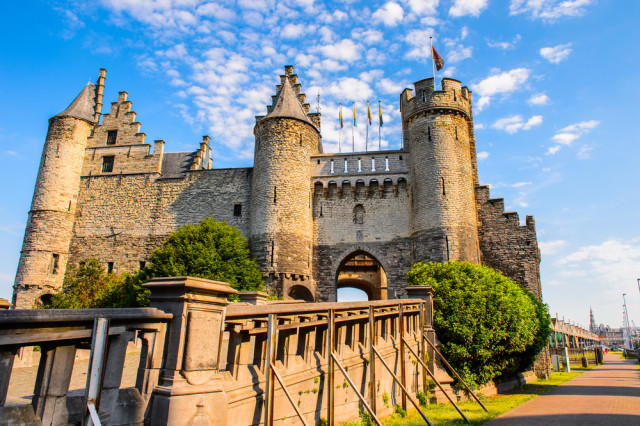 And if you have a yen for shiny rocks, by the way – or even just any interest in learning about one of Antwerp’s signature modern industries – have a wander around the shops of the Diamond District,  largely dominated by Hasidic Jews and Indians, over by the Antwerpen-Centraal station.

Some good museums here, too, starting with the Rubenshuis, the painter’s former house, now showcasing his life and work, and Platin-Moretus, a preserved medieval printing works and book shop that’s so cool and unusual it’s a UNESCO World Heritage Site.  Also worth checking out is Museum aan de Stroom (MAS), the city’s newest/largest, dealing with Antwerp’s history, life, and times.

Finally, here’s a fun fact of special interest to Iberia as the premier airline of Spain: as a legacy of the Spanish monarchy’s 17th-century rule over Flanders, Antwerp locals are called Sinjoren (after the Spanish señores). ¡Olé!