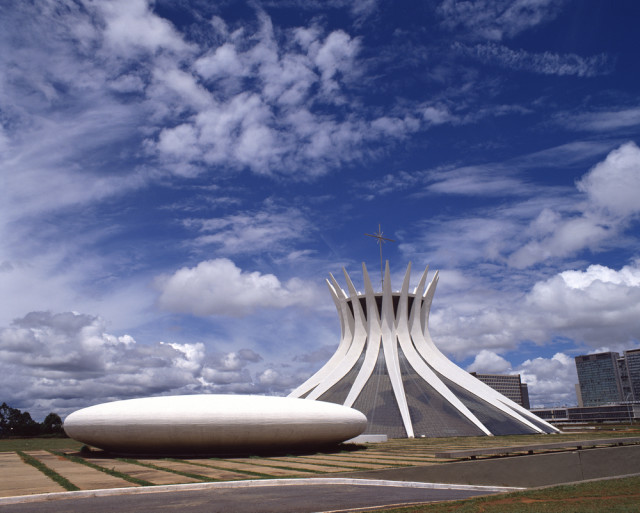 If you’re thinking about a trip to Rio de Janeiro or São Paulo, it’s really worth your while to also give a thought to adding another several days for a visit to Brazil‘s singular capital,  another 90-minute flight from either of those. Why is that, you might wonder?

Brasilia is the navel of South America’s giant, smack in the middle of this sprawling, astonishing country, and this city of was created as its seat of government around a half century ago by the administration of Juscelino Kubitschek, as a bid to help integrate Brazil’s more far flung regions into the national fabric, with the idea of jump-starting the development of vast unpopulated areas of the interior and further consolidating the countrys cultural and territorial unity.

For the visitor, Brazil’s youngest city is a remarkable experience due for starters to its avant-garde futuristic design, overseen by Brazil’s two greatest architectural geniuses of the 20th century, Oscar Niemeyer and Roberto Burle Marx. (Parenthetically, its climate is fairly even, with its warmest month, January, ranging between 17° and 27° Celsius (63-80° Fahrenheit) and its coolest, July, 13-25°C (55-77°F); Brasilia also tends to be a bit less expensive for buying stuff than São Paulo and Rio, while still offering a full complement of goods and services for every taste and pocketbook.) 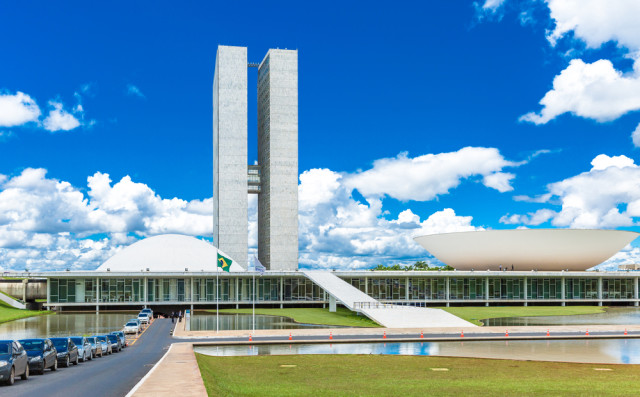 So striking that it’s been declared a UNESCO World Heritage Site, this architecture is all about modern monumentalism on a grand scale; one of the colossal edifices which best typifies it all being the Metropolitan Cathedral of Our Lady of the Apparition, completed in 1970 on Esplanada dos Ministérios, and unlike just about any cathedral you have probably ever seen.

This church may well be the single greatest opus of Niemayer, an acolyte of the Swiss-French titan of architecure Le Corbusier, its central space surrounded by 16 huge, swoopy white shapes rearing up to claw at the sky. It holds 4,000 worshippers under a spectacular stained-glass ceiling in hues of blue, earth tones, and white con sus tonos blancos, azules y tierra, covering the firmament with waves expanding toward infinity, as angels hang below them, suspended seemingly from nothing.

Being the capital, much effort was also expended on government buildings, an exquisite example of which is the president’s office, the Palacio de Planalto, on Praça dos Três Poderes, and residence, the Palácio da Alvorada on the cleverly named Via Palácio Presidencial. Niemeyer was also responsible for a bevy of other buildings here, perhaps most notably the National Congress (above) and the foreign office, called the Palacio de Itamaraty (and also known as the Palace of Arches).

And in the half-century-plus since this grandiose modern city was created and carved out of the jungle, it has grown into an organic entity with a real identity as well as appealing dining, nightlife, and sport scenes. All adding human appeal and scale to a truly extraordinary monumental of visionary urbanism. By all means check it out.