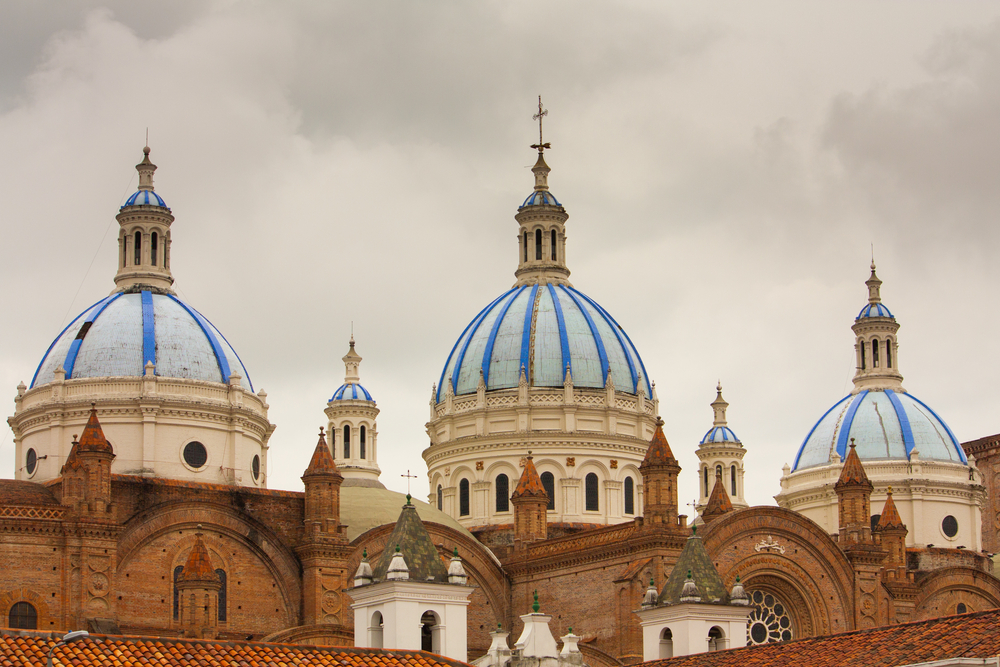 Up in the Andes mountains south of Quito and east of Guayaquil, this Ecuadoran city named for the New Castile city that was the hometown of the Spanish viceroy at the time of its founding in 1557 (later than the above two) is so lovely and historic that it’s been a UNESCO World Heritage Site since 1999, and in addition to a growing tourism destination has also become a magnet for expatriates, especially from the USA.

Probably the best place to start when it comes to taking in the local sights is the pair of cathedrals in Cuenca‘s old quarter. Actually, only one is technically still a cathdral – that would be the so-called Cathedral of the Immaculate Conception (top, better known as the “new” cathedral because it was built in 1885 to replace one which could no longer handle the numbers of worshippers); highlights include a lovely alter, crowned Virgin Mary statues, modern stained-glass windows, and blue-tile domes which have become a symbol of the city. Across Calderón Park is the 16th-century former cathedral, now called El Sagrario and used as a religious art museum.

There’s plenty more where that came from – a veritable convent- and church-a-palooza that’s a mix of places dating back to the earliest days of Spanish colonial rule (such as the 1682 Monastery of El Carmen de la Asunción, below, with a carved stone portal, golden pulpit, and flower market out front) and subsequent constructions as recent as the early 20th century (many of them neoclassical, such as the Church of Santo Domingo, its colonial painting notwithstanding). 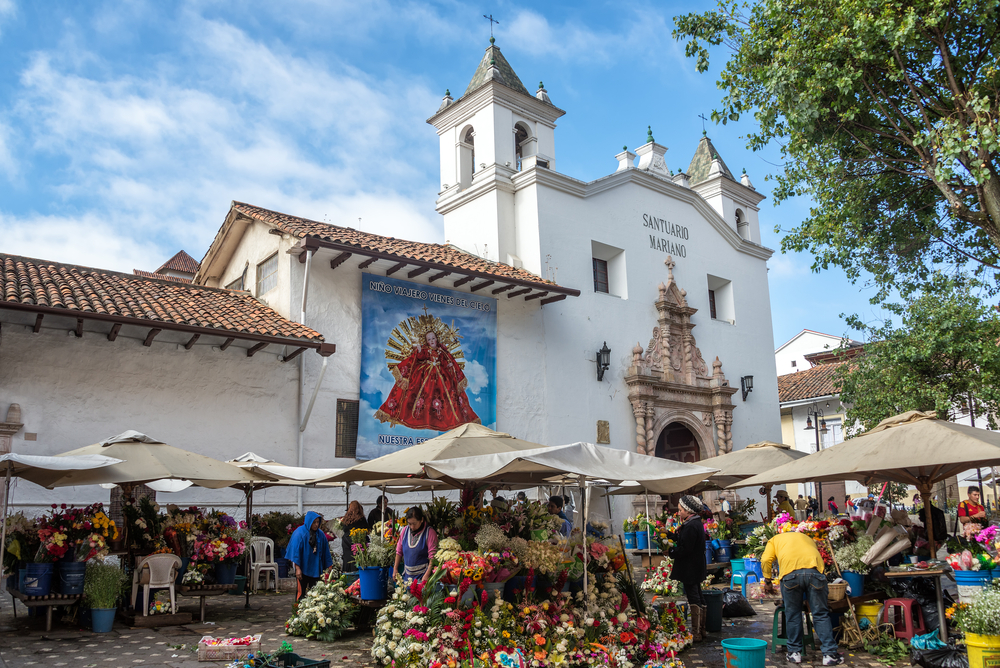 There are also traces of the pre-Columbian civilisations which held sway here, including the Incas (briefly) and the people they conquered, the Kañari. One is the niely landscaped Pumapungo Archaeological Park, surrounded by lush gardens, which displays the few remnants of the Inca city of Tomebamba (also spelled Tumipampa). To get more in-depth on the topic, check out the park’s operators, the Museo del Banco Central (open just three days a week) as well as the Museum of Aboriginal Cultures (even though technically they’re not “aboriginal” because Amerindians, too, at one point arrived here from elsewhere), which documents more than 15 such cultures from all over Ecuador, and offers a fascinating guided tour.

You’ll also notice the city’s animated atmosphere and arts/cultural scene (in fact, its considered by many the arts/cultural capital of Ecuador). That’s thanks not just to the presence of eight universities, but also more than 10,000 expatriates from Europe, North America, and elsewhere in Latin America. So while many of the locals tend to be a somewhat traditional, conservative lot, between young people and foreigners there have sprung up a fair number to go out, and artsy venues such as galleries. 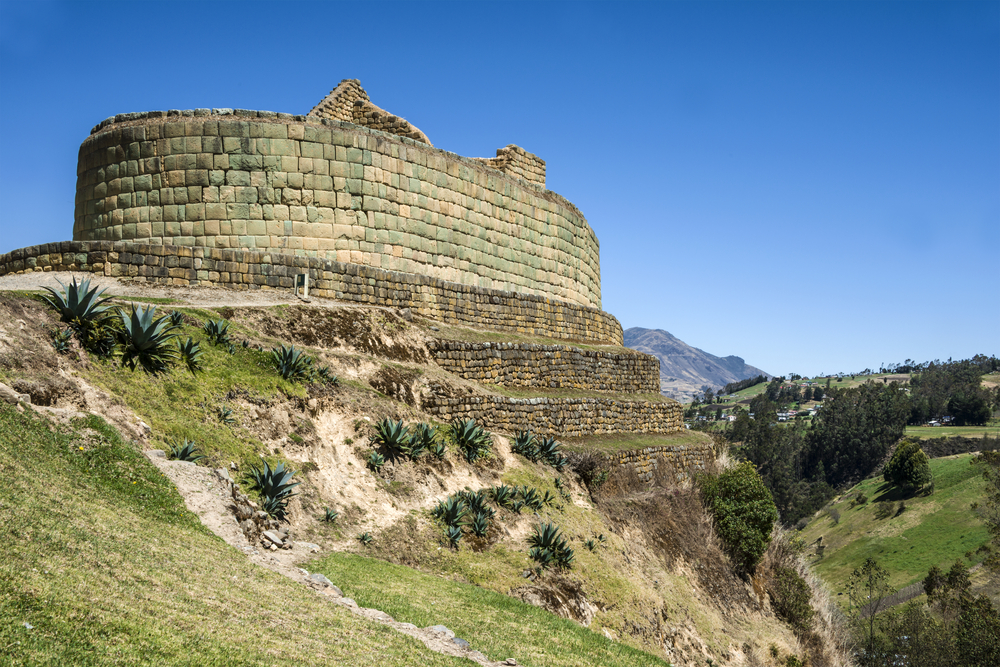 And if you’re interested in crafts, there are a lot of options there, as well, from the street vendors of the Plaza de San Francisco to the Centro Municipal de Artesanías (and check out, too, the Museo del Sombrero Paja Toquilla – aka the Panama Hat Museum, actually a shop – which of course specialises in the famous headgear that many people do not realise actually originated here in Ecuador, not Panama).

And those with time should check out the artisans outside Cuenca, too, in places like Chordeleg, a town known for its potters, jewelers, weavers, and embroiderers. And while you’re out here, also check out Ecuador’s most significant archaological ruins, Ingapirca (above), a blended Kañari/Inca site. Nature lovers, meanwhile, should head to Jima, the country’s foremost hiking mecca, and El Cajas National Park, especially boffo for birdwatching.

Despite all its Spanish colonial heritage and influence, you’ll find Ecuador’s Cuenca to be a very different experience from Spain’s – and no less a rewarding one!

Best fares to Guayaquil (three hours away) from the U.K., from Spain.