We’ve all heard of amber, of course. Besides being (IMHO) a lovely female name, it has been prized by human beings as bling since prehistory. What many may not fully realize is how different it is in several key ways from most other bling rattling around out there.

First of all, it’s not a metal (like gold or silver), nor is it a stone (such as diamond or ruby, or even jade or turquoise). Amber is actually a fossilised form of resin from prehistoric plants, which the ancient Greeks called elektron (this word wasn’t applied to electricity till the late 19th century). 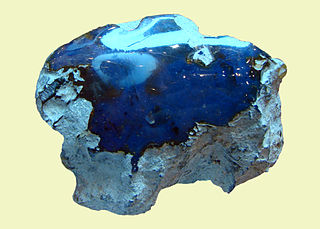 Much of its appeal lies in its warm, soft translucence, in hues from the yellowish to the brownish (the most common, which gave rise to the classic colour we call amber) to even, believe it or not, blue (right). Amber’s air of mystery and downright coolness is further heightened by the fact that in many cases bubbles, swirls and even plant and insect fossils are a regular feature.

A second thing worth noting is its geographic rarity: apart from Europe’s Baltic – Latvia, Lithuania, Poland – the world’s only major amber deposits are found in none other than the Dominican Republic, mined since the 1940s up in the mountains of the north interior between Puerto Plata, on the north coast, and Santiago.

Dominican amber tends to have more of those cool little details embedded in it like ferns, feathers, insects, and such (sometimes you’ll even see pieces with larger critters like frogs and lizards). If you want to learn more when you’re down here, no better place to do so than the Amber Museum in lovely downtown Puerto Plata.  With a Jurassic Park-like logo and an interesting and educational collection of amber and local semiprecious minerals (including pieces for sale), it’s housed in a charming Victorian townhouse called Villa Bentz.

Your DR travels don’t take you up to this neck of the island, there’s another private museum in the colonial zone of capital Santo Domingo called Amber World, housed in a 17th-century building connected to the AMBASA amber factory (it also operates several satellite exhibits – one in La Romana‘s Altos de Chavón cultural complex and three more in select hotels).

Beyond the above, there are plenty of other shops across the country that sell amber, including, it would seem, most resort gift shops; it’s possible to pick up a lovely piece or two of amber jewelry at prices that are surprisingly affordable. So take your time and browse, as amber is a lovely and evocative souvenir that has its own unique story to tell – and you can take it with you.